The statement made by Lucy Frazer, the Minister of State at the Ministry of Justice, on 20 October 2020.

Protecting the public from harm is the first duty of any Government. The parole system is one of the key mechanisms for keeping the public safe by ensuring that dangerous criminals are not released when they still pose a danger to the public. As such, it is essential that this system is as robust, effective and transparent as possible. The Government are determined to address fully the transparency and confidence issues highlighted by the John Worboys case, and also to make proactive improvements to the way that the end-to-end parole system works. We want to ensure that the public are not only properly protected by a robust and effective system for assessing the risks presented by the most serious offenders, but also that they understand and have confidence in that process and the decisions taken.

Over the last two years, we have worked hard to improve the public understanding and confidence in the Parole Board. Today, I am pleased to launch a root-and-branch review of the parole system, as committed to in our manifesto. Moving beyond looking solely at the Parole Board itself, this review will ensure that the entire system delivers in the most effective way possible its primary function of keeping the public safe by releasing offenders only when it is safe to do so.

This root-and-branch review will be concluded by summer 2021, by which point a final report will be published summarising the findings and next steps. Terms of reference have today been published online, explaining that it will consider:

the effectiveness of the reforms we have implemented since 2018;

whether the Parole Board for England and Wales, as currently constituted, remains the most effective model for making independent judicial decisions about the continued detention of prisoners;

how best to improve the public’s understanding and confidence in the parole system;​
and measures to further improve the openness and transparency of the parole process.

In support of this, I am today launching a public consultation—the first step in our review—that will explore options for increasing the transparency of the parole system. The consultation seeks views on the possibility of allowing victims to observe parole hearings and on whether the media and wider public should also be given greater access to hearings where it is appropriate to do so. The consultation will be open until 1 December 2020, and I anticipate publishing our response before the end of the year.

The root-and-branch review will build upon the programme of reform, already delivered last year, which amended the Parole Board rules to increase transparency, and to improve the way victims are engaged with. For example, we now have a system where victims and others are provided with summaries explaining the reasons for the Parole Board’s decisions, and a new reconsideration mechanism which allows applications to be made for decisions to be looked at again if they are thought to be legally flawed.

Concurrently, the tailored review of the Parole Board has been under way, the outcome of which is also being published today. The tailored review was undertaken in accordance with the Cabinet Office requirement that all public bodies are reviewed at least once each Parliament. This review focused predominantly on operational changes within the current legislative framework, making recommendations to further improve collaboration within the parole system to ensure that cases progress in a timely manner, and highlighted existing legal powers that the Parole Board can use to compel the production of evidence and the attendance of witnesses. I commend the recommendations to the board, which have the potential once implemented to bring real improvements to the parole system.

Together with the significant reforms we set out in the sentencing White Paper on 16 September, I am confident that the measures outlined above and the wider examination of the parole system we are now launching, will continue to keep the public safe, as well as ensure that the most serious offenders spend time in prison that properly reflects the gravity of their crimes.

Robert Jenrick – 2021 Comments on Self Building 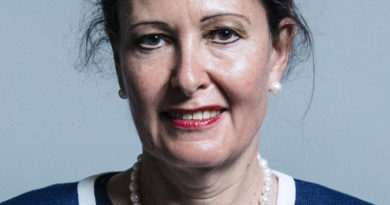