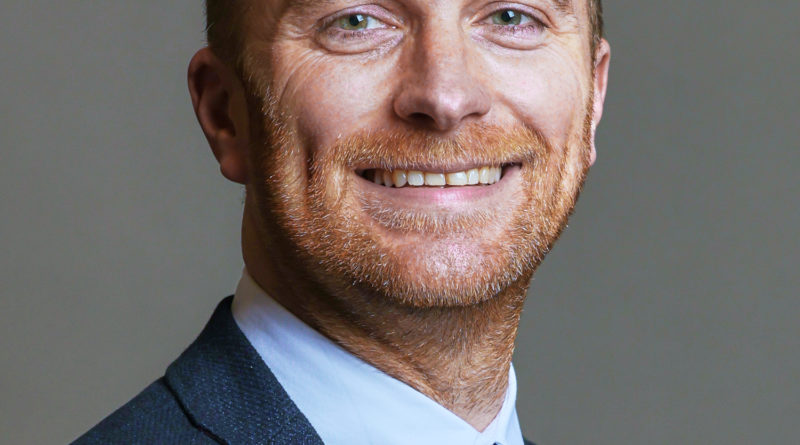 The speech made by Matt Vickers, the Conservative MP for Stockton South, in the House of Commons on 7 June 2022.

I am extremely grateful for the opportunity to have the debate this evening. I have the huge honour of representing Stockton South: a place to be proud of with a great past and an even greater future ahead of it. Stockton has been the home to many great people and many great ideas, from Harold Macmillan to Brass Crosby and from the invention of the friction match to the creation of the world’s first public passenger railway. Two centuries ago, the House adopted two separate Acts to enable the creation of the Stockton to Darlington railway. I am now asking the House to support me in my mission to bring the headquarters of Great British Railways to Stockton.

For me, there are several classic, immutable pairings of things that are existentially tied together: cream and jam; Batman and Robin; Britain and democracy; the Prime Minister and Peppa Pig; and, far more importantly, Stockton and the railways, which is the most quintessential pairing of them all. Stockton could not have played a more central role in the history of the railways. The first discussions about the potential creation of that very first passenger railway were had in Stockton town hall. The first track of that railway line was laid in Stockton, and the first ticket was sold to a passenger in Stockton.

It is all too easy to forget how important a role railways have had in our history and developing our international economic might. It is even easier to forget where they came from and how proud Stockton should be of playing its role therein. Sadly, this achievement has never been celebrated in Stockton as fully as it should have been, but I am delighted that, as we prepare to mark the bicentenary of this incredible innovation, we are righting that wrong. The amazing Friends of the Stockton and Darlington Railway, who are determined to treasure our heritage, are working to ensure that we celebrate this momentous occasion. The national lottery, local authorities and the Government are all supporting plans to mark the occasion, and even private enterprise is playing its part.

They say that the best ideas are the ones that you come up with in the pub. Well, my friend Jim, the landlord of the Locomotion pub, has done just that. For any railway enthusiasts out there, Locomotion is a must: it has a collection of memorabilia that rivals the National Railway Museum. Jim came up with the idea of a run along the route of the original line that has gone down a storm and raised huge amounts of money for local good causes. I am particularly delighted that, thanks to the Government’s levelling-up fund, we are working on plans to create a permanent tribute to our railway heritage at Preston Park, where the original track ran. Plans may include a miniature steam railway. If the Minister is kind enough to grant Stockton’s wish today, I would be delighted to take her for a ride on said steam train.

Railways are in Stockton’s DNA, and even the king of railways himself, Michael Portillo, is backing the bid to make Stockton the home of Great British Railways. The chief chino-wearing, track-touring fab controller said:

“You couldn’t have a more iconic place for a railway’s headquarters than Stockton, it’s simply a name that resonates through the history of railways”.

I understand Thomas the Tank and even the Fat Controller himself may also be endorsing Stockton’s bid.

Aside from our fantastic railway heritage and the incredible endorsements received by our bid, there are many other reasons why the Great British Railways headquarters should come to Stockton. We are connected up and getting more so by the day. Much-awaited improvements to the local road network are taking place on the A66 and the A19. Local train stations in Eaglescliffe, Billingham, Middlesbrough and Darlington are benefiting from a multimillion-pound overhaul. We recently got our first direct train from Thornaby to London. Our new cycle lane network will stretch across my constituency to provide a healthier means of transport and hopefully reduce congestion. And thanks to the work of our amazing Tees Valley Mayor, our airport has been reborn. Moreover, the most amazing, enthusiastic, talented, hard-working and skilled people live in Teesside, and Great British Railways would be very lucky to employ them.

Important to my case is the fact that the Government have a commitment to levelling up. For me, levelling up is not about moving jobs from one big city to another, or from one place to another super campus; it is about spreading opportunities the length and breadth of the country. The placing of Great British Railways in Stockton would complement the many other great things going on in my part of the world. Teesside is on the up: our airport is reborn; we are leading the green energy revolution; and we are home to some of the brightest and best entrepreneurs. The new Treasury campus is allowing people from my area to get top-level civil service jobs and we are home to the UK’s first and biggest freeport, creating 18,000 jobs. As we prepare to mark 200 years since the first passenger railway rolled along the track in Stockton, will the Department for Transport bring the railway home to where it all began and—choo, choo!—choose Stockton as the home for Great British Railways?