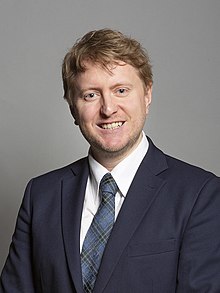 The speech made by Mark Logan, the Conservative MP for Bolton North East, in the House of Commons on 17 November 2020.

It is a great privilege to follow my hon. Friend the Member for Tonbridge and Malling (Tom Tugendhat). I especially agree with him that the Minister and his team have been exceptionally good at communicating this over the past weeks, so long may that continue.

With the right clarifications, I stand to support the Second Reading of the Bill. It is incumbent on all of us here to think in terms of the contribution we can make to our collective livelihoods—a contribution of security, a contribution of transparency and a contribution of prosperity. On prosperity, the Minister and other colleagues have been working hard to assuage some of my concerns. I gravitate towards this side of the House because I believe in opportunity—the opportunity that overseas investors see in the UK to grow market share, reach new customers and develop cutting-edge technology, thanks to access to the brightest brains on the planet, and a confidence that a penny put into Britain today can become a pound tomorrow. We do not want the Bill to herald in uber-protectionism by stealth; otherwise I would have great difficulty in subscribing to it.

Foreign direct investment is a powerful contributor to the UK. Indeed, conservative estimates show that FDI has created over two Boltons-worth of jobs. That is 600,000-plus jobs, as the Minister actually told me last night, so I hope that is correct. Over 57,000 new jobs were created as a result of FDI in 2018-19 alone. The “World Investment Report 2019” showed that the total value of the UK’s inward investment stock was $1.89 trillion—the third highest in the world, and worth more than the figures for Germany and France combined. Indeed, the northern powerhouse has been one of the top winners from FDI. Manchester has been recognised as Europe’s fifth best large city for business, ranking ahead of places such as Rotterdam. Bolton is a significant recipient of FDI through, for example, the £250 million ​redevelopment of the Crompton Place shopping centre, and this is central to our town’s rebirth. We need to be on the ball, as the value of the UK’s inward FDI has been falling. In 2016, the value of inward FDI was equal to 10% of GDP, which fell to 2% in 2018. I welcome the new Office for Investment, as we must not lose out to friendly competitors on our own doorstep. FDI contributes so much to our economy and society.

Moving on to security and transparency, the Bill seeks to contribute by putting the UK on a similar footing to other major economies, such as the US, France and Germany. Indeed, the CFIUS regime in the US reviews certain foreign investments in businesses to determine whether such transactions threaten to impair US national security. That is a sound premise and one that every nation state should embody: protecting one’s core sovereign interest. Indeed, the Bill aims to offer more security for British businesses and people and protection from actors or, indeed, actresses harbouring malign intent.

I appeal to the Minister to ensure that the Government will only use their brand- spanking-new powers exclusively on national security grounds and not for broader economic or political measures. Mission creeping may lead to capital seeping. I encourage the Minister to articulate how to safeguard against spurious applications of the new powers. Some analogous screening systems are viewed as not transparent, such as those that do not give parties the opportunity to debate the conclusions. I understand the intention of our own UK version is to allow a quicker, slicker investment process for investors.

I also understand that a new digital portal will be made available to investors, and the Government have committed to a 30-working-day service timeline. Along with mandatory notification of investments in key sectors, that provides much-needed transparency for firms, while providing proportionate defence against those targeting sensitive UK assets.

Finally, my humble contribution to today’s debate will imminently fly towards the Minister, like a not quite national security-protected Airbus paper plane. Alas, I have penned a mnemonic. According to Hansard, the word “mnemonic” has only been used once in this House, and without actually producing one. This could be an epic fail, so the House should brace itself. I will give way to the Minister if he would like to intervene straight away or, indeed, anyone else in the Chamber who can rhyme off the 17 industries that may feature in this final legislation. If not, forever hold your peace. Silence—great. It goes like this, and it does not roll off the tongue. It is CQC—which we are all very familiar with—CASCADED MS TEAM. C is for communications. Q is for quantum technologies. C is for computing hardware. I could go on, but I will simply repeat again: CQC CASCADED MS TEAM. That, hon. Ladies and Gentlemen, along with the Bill’s contribution to security, transparency and prosperity, is how I would like to personally contribute to today’s debate.