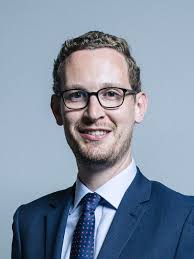 The speech made by Darren Jones, the Labour MP for Bristol North West, in the House of Commons on 17 November 2020.

Before I begin my remarks, I should declare my interests as chair of the all-party parliamentary group on technology and national security and the parliamentary internet, communications and technology forum APPG, whose members will no doubt have interest in the Bill; as the chair of a global network of legislators interested in artificial intelligence regulation called the Institute of Artificial Intelligence; and lastly, in my capacity as Chair of the Business, Energy and Industrial Strategy ​Committee, I have had discussions with the management of ARM, its founder Hermann Hauser and the CEO of Nvidia about the proposed takeover.

I support the Bill and thank the Secretary of State for briefing me on its contents last week. The ability to scrutinise foreign investment and to intervene when there are national security interests is not only a critical function of the state but an increasingly important one, given the impact of technology and data on every part of our economy and our infrastructure, and the use of that avenue to cause harm to Britain’s interests. It is on that basis that we should have a robust scrutiny function, but it should also be finely balanced with the transparent, clear and pro-investment framework brought forward under this Bill. I agree with other colleagues around the House that, by international standards, Britain has been a bit of a laggard in recent years in bringing forward a robust foreign investment regime, and that is why we support the Bill, but I have a few questions today, which I hope the Minister might try to answer in summing up.

First, on the definition of sectors, the 17 sectors identified include some dual-use functions such as quantum computing, which at this point in its development seems obvious and indeed is in line with the recommendations of the Science and Technology Committee inquiry into quantum computing in the last Parliament, when I was a member of that Committee. However, as has been noted, other sectors are identified merely as “artificial intelligence” or “energy”. Artificial intelligence, for example, is a general purpose technology that will increasingly apply to every aspect of our economy, so how we ensure robust and clear definitions will clearly be important.

It has been noted that there is a risk under the Bill of over-reporting as an insurance policy. I wonder whether lessons could be learned from other regulators—for example, by introducing regulatory sandboxes within the units in the Department where interested individuals might be able to come to set forward in advance the transaction and get some initial advice on whether it falls within the definitions. If it does not, I think there will be a risk of over-reporting, but also of court cases that dispute the definitions, which, in their own right, can be fairly limited in statutory instruments and will probably not apply to every circumstance. I reaffirm the comment from the Opposition Front Bench on engaging with Parliament on the sector definitions under the statutory instruments—and not just with Parliament as a whole but with the relevant Select Committees, including my own. I also note the interest of my hon. and right hon. Friends from the Science and Technology Committee, the Foreign Affairs Committee and the Defence Committee in this matter.

Secondly, on the definition of national security, there has been some debate in advance of the publication of the Bill on whether the Government were intending to go beyond national security and to look at broader economic or jobs-related issues. As my right hon. Friend the Member for Doncaster North (Edward Miliband), the shadow Business Secretary, said from the Dispatch Box, we think that there is some legitimacy to Ministers having a right to intervene when, for example, a major employer or a sector that is strategically crucial to the British economy is under threat from a legitimate overseas acquisition that could have an impact on British jobs or British industrial capacity. I welcome the comment that ​this is a broader industrial strategy conversation and note the Department’s intention to rewrite that, as previously advised before Christmas, although it will presumably now take longer. I look forward to that broader debate, but I agree with colleagues on a cross-party basis that at least some legal structure around the definition of national security would be helpful, for reasons I will come on to later.

Thirdly, this is not just about mergers and acquisitions; as the Government’s Project Defend assessment has shown, there are very long supply chains relating to critical national infrastructure, through which components are sourced from companies in jurisdictions about which Ministers might legitimately have national security concerns. I would be interested to hear whether Ministers plan to expand the scope of the Bill or bring forward other legislation in future to deal with supply chain intervention, in addition to or alongside merger and acquisition issues.

I also note that while clause 7 of the Bill covers all the corporate vehicles such as limited liability partnerships, trusts and limited companies, it excludes individuals. This is probably very limited, because individuals would not want to take on the liabilities of buying big companies, but I am sure there are potential cases where individuals will buy intellectual property or assets in their own individual right, whether it is a licence to intellectual property or actual property, as my right hon. Friend the Member for North Durham (Mr Jones) mentioned, and they would fall out of the scope of this Bill. I would be interested in the Minister’s view on that.

Fourthly, the application of the Bill applies from the date of presentation, not from the date the Bill becomes law. It would be useful, given that this is now the regime in the UK, for the Department to set out what current takeovers will be subject to it. Colleagues have mentioned the ARM-Nvidia takeover, which of course is important to the British economy. I understand from press reports that the Department has not felt able to confirm whether that will be subject to this legislation, but I think it would be in Ministers’ interests to be quite clear about that.

Equally, I would stress again the comments from the Opposition Dispatch Box about the length of retrospectivity. Five years seems a very long time, and I would be interested to understand why a period of five years has been adopted by the Government. One of the attractive natures of the British economy is our policy stability and the way in which the rule of law functions, and I share the concern that five years is a long time. There could be a change of Government, a change of Ministers, a change in leadership in the unit in the Department or a change in the view on national security that could start to unwind a transaction many years after it had gone through. Ministers need to consider that carefully.

Fifthly, we are still waiting for confirmation of the Government’s intentions for our post-Brexit competition and state aid policy regime. Ministers have been quick to table statutory instruments to say that the European regime will not apply from 1 January but have not yet set out what will. The Bill is implicated in that process. It is the start of a post-Brexit state aid and competition policy. If the Minister feels able to give us a bit of a glimmer in his closing remarks about when the details of our post-Brexit competition and state aid policy might be published, I would be grateful.​
Lastly, I am not entirely clear what the assessment process is under the Bill. In previous examples, such as the hostile takeover of GKN by Melrose, in which I declare a constituency interest, the national security assessments were undertaken by the Secretary of State for Defence and, perhaps for fair reasons, were done without much oversight or transparency. Given that all those sectors will now be subject to national security assessments, will it be the Ministry of Defence, the Department for Business, Energy and Industrial Strategy, the intelligence services or another body that undertakes them? It would be useful to have some transparency about who is making the assessment and how the Secretary of State will ultimately balance very difficult decisions.

In sum, I will support the progress of the Bill. I share some concerns about the speed and why it has been brought forward so quickly, and I reiterate my point about the statutory instruments, therefore, being an important part of parliamentary scrutiny when they are introduced. I hope that Ministers will engage fully in the consultation process with stakeholders to ensure that the new framework is not only fit for purpose but gets the crucial balance right between national security concerns and maintaining Britain’s leadership as a pro-investment economy that fits with our broader regulatory position post Brexit.