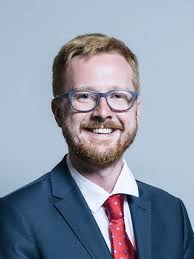 The speech made by Lloyd Russell-Moyle, the Labour MP for Brighton Kemptown, in the House of Commons on 21 June 2022.

We have heard a good discussion today and a good speech by the hon. Member for South Leicestershire (Alberto Costa), although I do worry that he was dancing on the head of a pin in some of his constitutional reflections.

It is as simple as this: the public have lost trust in the Prime Minister, and 140-plus of his own Members of Parliament have lost trust in him on these matters. Add that to the number of Opposition Members, and a majority of Members do not trust him. This House therefore has a duty to act. That is the constitutional reality, and all the other academic waffle is for the birds. What is important is good behaviour—the system relies on that. The Prime Minister has not behaved as well as he should have done, and his colleagues know that.

It might well be that some actions are excusable, and that they are not all sackable—I mean breaches of the ministerial code rather than the Prime Minister’s behaviour —and that is why we need a fair and just system to make that determination. At the moment, the danger is that the public just damn us for everything. Small, vexatious issues are brought up about a Member delaying the registration of an interest here or there, and of course those administrative matters require slaps on the wrist, but they are not resigning issues. The public conflate those issues with serious misbehaviour, whether it be corruption such as trying to appoint friends or family, law breaking or sexual assault.

This place realised that marking our own homework on sexual assault was not good enough—the public will not accept that, however much we dance on the head of a pin about it as a constitutional issue. We therefore had to come up with a hybrid system. Members could have an input and act as a reality check, but the independence of the system had to be guaranteed, complaints had to be investigated and outcomes had to be public. That is what we need in this situation. More importantly, we need a commitment that independent advisers will be appointed and listened to.

The fact Lord Geidt had to clarify his resignation letter because the Government manipulated his words to try to condemn him for resigning over steel tariffs, which he said was not the case, shows the depths to which this Government will go. In that clarification letter, he agreed that

The motion is probably imperfectly worded, and it could probably be improved and tweaked. Our constitution is evolving, and it can always be improved and tweaked. Not only should the Prime Minister have an adviser—I would welcome it if he appointed one—but Parliament should have an adviser and a watchdog so we can decide whether we continue to have trust in the Prime Minister and the Ministers he appoints. That is perfectly constitutional, and those who are trying to make out it is not are misguided. It might not be useful politically, it might be a distraction and it might be unnecessary if we improved the whole system—

With a new Prime Minister.

Yes, if we had a new Prime Minister who obeyed the rules and if trust returned because people believed there is good behaviour, I could buy the political argument that Parliament having an adviser might be unnecessary, but we currently have a situation in which a Minister was sacked because of Islamophobia, a breach of the ministerial code. There is meant to be an investigation, but we are none the wiser. The Prime Minister is one of the main witnesses in that investigation, and he will determine how his own witness evidence is balanced against other witness evidence. Surely everyone can see there needs to be independence in the process.

The witness evidence should be balanced and released to the public, even if the Prime Minister still makes the final decision. Surely we can all agree that one of these stages should be made public. As much as people want to talk about the separation of powers, the separation of legislation, law enforcement and deliberation on whether the law has been broken is a fundamental principle of justice in this country.

We currently have a situation in which the Prime Minister writes the rules, the Prime Minister or his proxy starts the investigative process and the Prime Minister determines whether the rules have been broken. That is a fundamental breach of any sort of natural justice, and it is not fair on Ministers who are stitched up for technical breaches, not fundamental breaches, and are sacked for no good reason, while other Ministers who have done the same thing are not sacked because it is politically expedient. That is not fair or natural justice for Ministers, either. It does not protect them.