Below is the text of the statement made by Liz Truss, the Chief Secretary to the Treasury, in the House of Commons on 25 March 2019.

Article 121 of the treaty on the functioning of the European Union (TFEU) requires the UK to send an annual convergence programme to the European Commission reporting upon its fiscal situation and policies. The United Kingdom will continue to apply the acquis so long as it remains a member state and, as set out in the withdrawal agreement, for the duration of the implementation period, if the withdrawal agreement is ratified by both the UK and EU.

The UK’s convergence programme will be sent to the European Commission by 30 April. This deadline was set in accordance with the European semester timetable for both convergence and national reform programmes.

Section 5 of the European Communities (Amendment) Act 1993 requires that the content of the convergence programme must be drawn from an assessment of the UK’s economic and budgetary position which has been presented to Parliament by the Government for its approval. This assessment is based on the autumn Budget 2018 report and the most recent Office for Budget Responsibility’s “Economic and Fiscal Outlook” and it is this content, not the convergence programme itself, which requires the approval of the House for the purposes of the Act.

Article 121, along with article 126 of the TFEU, is the legal basis for the stability and growth pact, which is the co-ordination mechanism for EU fiscal policies and requires member states to avoid excessive Government deficits. Although the UK participates in the stability and growth pact, by virtue of its protocol to the treaty opting out of the euro, it is only required to “endeavour to avoid” excessive deficits. Unlike the euro area member states, the UK is not subject to sanctions at any stage of the European semester process.

Subject to the progress of parliamentary business, debates will be held soon in both the House of Commons and the House of Lords, in order for both Houses to approve this assessment before the convergence programme is sent to the Commission. I will deposit a copy of a document to inform these debates in the Libraries of both Houses and copies will be available through the Vote Office and Printed Paper Office in advance of the debates.

The UK’s convergence programme will be available electronically via HM Treasury’s website prior to it being sent to the European Commission. 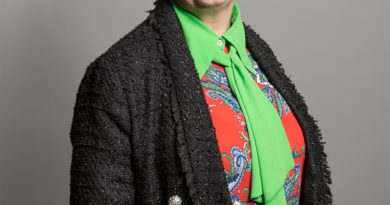 Jackie Doyle-Price – 2022 Speech on the Future of the UK