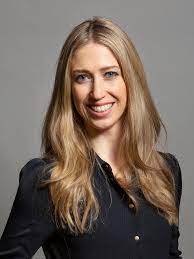 I welcome the opportunity to debate this topic and discuss what we can best do to help all of our constituents who are suffering today. Inflation is running at 7% here, 7.5% in Europe and 8.5% in the United States of America. The Bank of England Governor has been clear that 80% of the inflationary forces are outside the Government’s control and the reach of monetary policy, so we must look to fiscal policy to do as much as we can, while not making the problem worse by being inflationary.

I turn first to the windfall tax. It is important to get the quantum in perspective. A windfall tax is not a silver bullet. It would be worth £2 billion overall, I think, which is about £72 a household or, if we targeted that at the lowest 25%, £280 a household. Of course that is helpful, but would it solve the problem? No.

I have three concerns about the design of a windfall tax and whether we employ it. First, on protecting consumers, it is unorthodox to suggest that price reductions in a sector are best served by whacking a tax on the producers. It is difficult to see how that would result in price reductions in the sector. Of course, we have the price cap, and that would help in some respects, but without proper controls it is difficult to see how the costs would not ultimately be passed on to consumers.

Secondly, on competition in the market, we all know that the industry is volatile: BP’s profits last year were at a record low, and they are now at an enormous high. The right hon. Member for Doncaster North (Edward Miliband) was absolutely right that BP and Shell have not said that a windfall tax would be a disaster for them, but in many ways they would not say that, because they are huge players in the market and they could absorb it. The problem will be much more with the smaller players and the discouragement to competition that such a tax might result in. I strongly believe that the best way to drive down prices in the market is by encouraging competition. We have lost that recently, and I do not see how a windfall tax would encourage it or get it back in place.

Finally, we need to be clear that the best thing we can do to help everyone is drive up economic growth, which is best served by businesses creating jobs and driving consumption. If we put a windfall tax on industries at random, that will discourage investment. I am not talking about individual projects here and there, and I recognise what BP has said, but in the business environment overall we need to be extremely clear about what our criteria are for imposing windfall taxes and, therefore, the impact those will have on investment in business overall. What we cannot do under any circumstances is give up our reputation for being a stable, low-taxation economy.

That aside, I have one idea of my own to put to the Front-Bench team. I think that we should introduce a measure to make it illegal to disconnect the energy supply, similar to that for the water supply. Following privatisation in 1989, the Water Act 1989 prohibited the disconnection of the water supply to domestic customers for reasons of non-payment. Companies can therefore still take people to court for moneys owed, but they cannot cut off supply. Currently, energy suppliers cannot disconnect households over the winter months in some situations, such as those who live alone or with other people who have reached the state pension age. I propose that we extend that more widely to ensure that, in the very worst circumstances, we do not have people’s homes cut off. I hope that can be taken away and considered. More broadly, when we are talking about these issues and how we best help people, let us think about the potential quantum for the windfall tax: what it will raise, the potential harm it may cause and what the alternatives are. 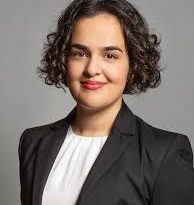