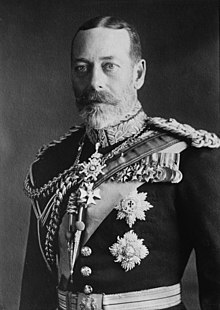 The statement made by King George V in the House of Lords on 14 December 1921.

I have summoned you to meet at this unusual time in order that the Articles of Agreement which have been signed by My Ministers and the Irish Delegation may be at once submitted for your approval.

No other business will be brought before you in the present Session.

It was with heartfelt joy that I learnt of the Agreement reached after negotiations protracted for many months and affecting the welfare not only of Ireland, but of the British and Irish races throughout the world.

It is my earnest hope that by the Articles of Agreement now submitted to you the strife of centuries may be ended, and that Ireland, as a free partner in the Commonwealth of Nations forming the British Empire, will secure the fulfilment of her national ideals.

I pray that the blessing of Almighty God may rest upon your labours.