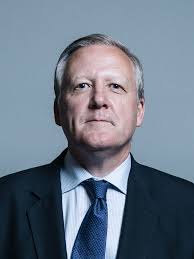 The speech made by Kevan Jones, the Labour MP for North Durham, in the House of Commons on 6 December 2021.

First, I am disappointed that the Secretary of State is not here today to address us on this very important issue.

There is something seriously wrong with Northern Powergrid—not with the engineers and individuals who are out restoring power but with the management and senior management of that company. The Secretary of State, during his visit, said that he met, as I know the Minister met, local managers, and I thank the Minister for his phone call on Friday morning. But in the past 10 days I have had constituents in Craghead, Stanley, High Handenhold, Edmondsley and parts of Chester-le-Street without power. Some have now had it restored, but Blackhouse, Edmondsley and parts of Craghead are still without.

I ask the Minister to go back to the power company, as it cannot give the assurance that he has just given to those communities: it says on its own website that there is no date yet for restoring power in parts of my constituency. Constituents have had to experience sub-zero temperatures in terrible conditions. That has been made worse by Northern Powergrid.

On the night of Friday 26 November, I understand that internally the company issued an emergency for County Durham. That was not transmitted to the local resilience forum until Wednesday 1 December, which only became apparent to the county council and other resilience forums when an enterprising council officer started plotting on a map how many homes were affected. What has made the situation worse is Northern Powergrid’s communications, which raised people’s expectations that power was coming on, so people have stayed in homes when they should not have done. Likewise, information now is still not good. I was even told last week by an employee of Northern Powergrid, “Just ignore what is on the website—it’s complete nonsense.” If they are saying that, what confidence can my constituents have in that information? The communication has been appalling and made things worse.

The other thing that has made things worse—particularly in my constituency, parts of which are not rural, but are in towns—is the age of the components, so I will ask three quick questions. First, will the Minister do an urgent, independent assessment of the resilience of the grid, especially since we have the storm coming in tomorrow night? Secondly, what has been done since 2013? Thirdly, what can be done to force the company to pass information on to the bodies that need to know, including the resilience forums? What compensation or money will be put forward to Durham County Council and others for the money they have expended so far?