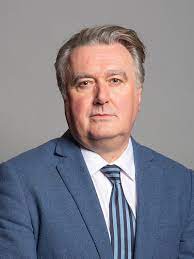 The speech made by John Nicolson, the SNP MP for Ochil and South Perthshire, in the House of Commons on 14 June 2022.

Thank you, Madam Deputy Speaker. I did not expect the Secretary of State to leave quite so quickly.

It is good to see so many unfamiliar faces on the Tory Back Benches—Members with a new-found interest in broadcasting—and also not just the current Conservative Select Committee Chair but two former Chairs. It is like being in one of those “Doctor Who” episodes with three Doctors all in one episode at the same time.

Here we are again. With a grim familiarity, we are once again debating the future of Channel 4 as Opposition Members try to defend one of the country’s best-loved institutions from the culture warriors on the Conservative Front Bench. I do not believe that everybody in the DCMS Front-Bench team falls into that category: some are simply trying to keep their heads down until the chancer in No. 10 gets toppled, taking his fawning political acolytes with him. Channel 4 probably feels much the same.

Later—let me make some progress.

Until then, we have little choice but to combat the collection of semi-arguments, half-heard bar-room prejudices, factual errors and outright disinformation that forms the basis of the Government’s case for privatising the channel. There is of course the never-ending irony that a Government pretending commitment to levelling up are making decisions that will jeopardise national and regional businesses in the production sector. Channel 4 spends more on nations and regions production than any other commercially funded broadcaster, and in 2021 dedicated 55% of its total content spend to content produced in the nations and regions. As we have heard, with a headquarters in Leeds and hubs in Glasgow, Bristol and Manchester, Channel 4 is a model levelling-up employer.

So why sell this model levelling-up employer? Is it in financial peril? We know that it is not. Channel 4 currently generates £1 billion of gross value added for the UK economy, working with around 300 production companies a year. To be clear, the UK Government want to sell a healthy, successful company that, because of the way it was established, cannot keep its profits. It must and does reinvest all revenue made back into the business—a dream for the consumer. If only the privatised utilities had been set up on that model, how much better off we would all be.

The Government’s excuse to attack Channel 4, this jewel in the broadcasting crown, is that they want to raise money to reinvest in the independent production sector. That is precisely what Channel 4 does with its profits at the moment. It is entirely nonsensical. All that the Government wheeze will do is put investment and jobs in jeopardy. Do they care? Does the absent Secretary of State have some great insight into the sector that lesser mortals, including those who run the company and oppose her, do not?

We all know the Secretary of State’s history of gaffes and confusions, but on Channel 4 she has surely surpassed herself. Millions of views of her faux pas on YouTube do not make her a broadcasting expert. The House will know that she did not know how Channel 4 was funded when she appeared before the Digital, Culture, Media and Sport Committee, on which I sit. She thought it was publicly funded, rather than funded by advertising. Her confusion was excruciatingly laid bare on camera when a Conservative member of the Committee, the right hon. Member for Ashford (Damian Green), had to explain Channel 4’s funding model to her.

The hon. Gentleman is shaking his head. Feel free to intervene, rather than groan in agony. Apparently he cannot marshal the words to match his facial expressions.

Millions of Channel 4 viewers will have noticed the adverts on Channel 4, but the Secretary of State apparently has not, yet she presumes to pontificate on Channel 4 while junior Ministers breathlessly wait. It is like watching an unbenevolent Mr Dick from Charles Dickens fly his kite. [Interruption.] It is a literary reference. People may laugh at the clips, but such wilful ignorance debases the policy-making process. When she is misunderstanding the most fundamental part of her brief, but still thinks it appropriate to patronise the Channel 4 management and staff, it is painful to witness. Nor was that a one-off; the Secretary of State thought that Channel 5, as has already been quoted, had been privatised. She told Iain Dale of LBC that it was, citing the privatisation of Channel 5 as a model for Channel 4 privatisation. She said that it was privatised

when she did that particular interview. There was only one problem: Channel 5 was never privatised. It was another excruciating on-air exhibition of ignorance.

The Secretary of State may not know much about the sector, but does she at least have the public on her side as the Government lunge at Channel 4? Apparently not, although she does not seem to know it. Let us look at the consultation she set up to assess public opinion on the proposed privatisation. At a November DCMS Committee session, the Secretary of State said:

“what is the point of having a consultation that 60,000 people respond to if I had already made my mind up what I was going to do with Channel 4? That would be an abuse, I think, and a waste of money and effort on behalf of a large number of civil servants. I would really like to see what those 60,000 responses say first.”

The message was clear: she would listen to the public, those who watch and love the channel.

I am not sure whether the hon. Gentleman is advocating no change for Channel 4, but if he is, how will he accommodate the fall in advertising income and its impact on the spend in Scotland, Wales, Northern Ireland and the English regions?

As other hon. Members have already explained, Channel 4 is making record profits. Since the system seems to be working so well, I do not see the point of breaking it.

It is spending less.

It is making plenty of programmes. In fact, the Secretary of State already said that so many production companies are being successful that they cannot keep up with the current demands. Conservative Members need to marshal their arguments and work out which they are advocating.

Once again, so we are all clear: 96% of the public in the Government’s own consultation process, which the Secretary of State said it would be an abuse to ignore, said that they opposed Channel 4 privatisation—so much for respecting the public will. It appears that the public matter as little as industry experts.

Let us turn to one of the main arguments put forward for the privatisation of Channel 4. The Secretary of State often says that she wants it to be able to compete with

“streaming giants such as Netflix and Amazon”.

She may have noticed that they do not have war correspondents, or at least that those who do appear are actors in movies, not journalists dealing with breaking news. The comparison is far from ideal, but let us briefly explore it anyway.

Amazon Prime is owned by a trillion-dollar company that uses its video streaming end as a loss leader. Unlike Channel 4, it does not make a profit, so it is far from a role model. What about Netflix, the other role model that the Secretary of State has in mind for a privatised Channel 4? That is not going so well either. It has racked up billions of dollars of debt and its share price has fallen by more than 70% in the last six months, which demonstrates the volatility of the market.

Unlike the Secretary of State’s chosen examples, Channel 4 is a commercial success that runs a profit, not a loss. Its real competitors are the current UK public service broadcasters such as the BBC and ITV. We all know that the future is digital and here Channel 4 leads the UK. We all know that linear numbers are down, but it is in a strong position to benefit from that trend as it is the UK’s biggest free streaming service, despite having a considerably smaller budget than the BBC. Also, of course, because it is publicly owned, it can reinvest extra revenue.

What if the nightmare happened and the Secretary of State got her way? Some on the Tory Benches—I suspect not those invited to participate in this debate—may be swithering and wondering what the future of Channel 4 will hold. They might consider that the Secretary of State, however dodgy her grasp of facts and of the issue, has promised that Channel 4 will remain a public service broadcaster. They might think, “We will have sold off another piece of the family silver, but at least we can all muddle through and things might not change that much.”

“No, it will be privately owned. It will be up to owners.”

So I say to Tory Back Benchers who are uncertain about what to do, if the new owners want to make Channel 4 a streaming service, they can. If they would like to ditch the award-winning “Channel 4 News” with its new chief anchor Krishnan Guru-Murthy, it is up to them. The Secretary of State may be too scared to go into the studio to face him about Channel 4 privatisation, but do those Tory Back Benchers not want him and the news channel to be around to tackle the next Labour Prime Minister? Short-termism may come back to bite them. Say goodbye to “Unreported World”, which sends intrepid correspondents off to tackle unreported stories in some of the world’s most dangerous hotspots. They are astonishingly brave, but the show is expensive to make. Would a privatised company make it? No one at the channel thinks so.

The new owner could break up the company and sell it off. They could move it out of the UK. It is up to them entirely. The Secretary of State may argue that that is unlikely or would not make commercial sense, but do you really trust her judgment? Do you think she understands the detail? Will she even be around once this Prime Minister is gone? Who knows—it doesn’t really matter. What is important is that, once this 10-year period is over, the Government will have absolutely no power; it will be too late.

Reasoned argument has been tried and tested over Channel 4 privatisation. The arguments for privatisation never stack up. As a previous Secretary of State told me:

“too expensive, too unpopular, and too little in return.”

With an 80-plus seat majority, this ultimately, as we all know, will be up to Tory Back Benchers. Those of you not on the Government payroll do not much like your leader—we saw that and we saw how you voted. That we know and you often tell me you do not really believe in the culture wars—

Order. The hon. Gentleman is not really addressing the Chair when he says “You”. He means “They,” not “You.”

I beg your pardon. I try to avoid that, Madam Deputy Speaker.

Now is the chance for Conservative Back Benchers to join us on this side of the House in the mainstream. Please stand up for a national treasure.

Hugo Swire – 2016 Speech on the EU and the Commonwealth