Below is the text of the speech made by John Heddle, the then Conservative MP for Mid Staffordshire, on 15 November 1985.

I am grateful for the opportunity to raise a subject which affects the constituencies of all hon. Members. The Order Paper gives the title of the debate as “public call box services”, but really I wish to discuss the condition and unworkability of public phone boxes.

I am grateful to my hon. Friend the Under-Secretary of State for Trade and Industry for attending to hear what I have to say. He serves his west midlands constituency of Coventry, South-West as hard and effectively as I try to serve mine.

Incidents of vandalism and unworkability of telephone boxes, even in rural Mid-Staffordshire, which encompasses a cathedral city and two small residential towns, are horrifyingly high. Between one in two and two in three public phone boxes on housing estates, in town centres and in villages do not work. The main causes are sheer, wanton vandalism and mindless, senseless hooliganism.

Throughout the nation, there are 76,500 red telephone boxes. They are part of our national scene, yet, despite the fact that British Telecom provides a magnificent service to its customers and makes a welcome and healthy profit for its subscribers and shareholders, the public telephone service makes a loss of £77·4 million. Part of that loss must be attributable to the fact that the service is not adequately monitored.

My anxiety is for people who live on housing estates and cannot afford private telephones. I think particularly of elderly people to whom the public phone box down the road may be a lifeline.

When television came into our lives a few years ago, we used to see a picture of the mast at Sutton Coldfield round which we saw the sign:

“Nation shall speak … unto nation.”

For my elderly constituents, the public phone box enables family to speak unto family.

How will an elderly person who wants to contact a doctor late at night be persuaded to go out and make an urgent call, perhaps even a 999 call? The chances are that such a person would not find a phone box that worked. Even if he or she did, the light would probably be smashed, the glass would probably be broken and the door would probably be off its hinges. If, by chance, the prospective caller does not know the number that he wants to dial, the chance of finding a directory in the phone box will be about one in a thousand.

I know that British Telecom has done its best to encourage the public to take a responsible attitude. I shall quote from a magazine which Sir George Jefferson’s own ​ office sent me today. It sets out the initiative which British Telecom has introduced, which is known as “Watch a box”. One passage reads:

“The Chairman, Sir George Jefferson, took the initiative when he decided to check out a payphone on his way to work each day—now everyone wants to join in. The entire management board in BTL North West has elected to watch a box, while in BTL South West staff at all levels are taking part in a scheme run in conjunction with their area newspaper Connection.

Whether they are walking the dog or travelling to and from work, staff have been asked, through the newspaper, to drop in and check out a payphone.
If the payphone is not working, has been damaged or the notices or lighting are defective, then they can ring in on a special number to report the problem.”

I do not think that that goes to the heart of the problem. There must be a partnership between local offices of British Telecom, local councils and local police forces. The telephone boxes should be inspected regularly and monitored at irregular times of the day and night with a view to trying to catch the vandals red-handed in the red telephone boxes. When caught, they should be brought to account in the courts. The fines meted out to them by the justices should be realistic and should dissuade them from ever embarking on a career of vandalism which might lead to worse crime in future.

I ask my hon. Friend the Under-Secretary of State to use his influence with his ministerial colleagues. I suggest that he urges his ministerial colleagues in the Home Office to issue a directive to magistrates to ensure that when the vandals are caught the fines meted out to them by the magistrate bear a direct relationship to the cost of making good the wanton damage. The fine should be two, four or five times the cost of making good the damage. That will go some way to reducing the horrendous deficit of £77·4 million which the public part of British Telecom has to bear.

It is no good British Telecom saying, “We have the problem under control.” I shall quote from an article which appeared in British Business on 2 August. Part of it read:

“British Telecom claim that their new telephone kiosks will improve the situation. They point out that during 1984 there were more than 5,000 cases of damage to payphones every month in London alone, affecting almost half of London’s 10,650 payphone boxes, costing £1 million a year to repair. The new payphones are apparently much less vulnerable to vandalism. The extra degree of lighting will be a deterrent to vandals who are discouraged by high visibility.”

I do not believe that to be so. A vandal will vandalise light or dark, day or night.

“The open-plan design and robust materials—stainless steel or anodised aluminium—will be difficult to damage.”

If he is so minded, a vandal will damage. Even if he does not damage the telephone system itself, he will inflict damage on the casing or the red boxes.

There is the idea that we should do away with the red boxes, which are so much part of our national life. Instead, we shall see installed a sort of Cape Canaveral cone into which my elderly constituents, for example, can make their calls after struggling down the street at the dead of night or in the heart of winter. The cones will not provide the shelter that the red boxes afford.

I am grateful to my hon. Friend the Under-Secretary of State for being in his place to answer the debate. I hope that he will take on board some of my comments, which I hope also will be considered to be constructive. If he does, I believe that his constituents and mine will be eternally grateful.
​ 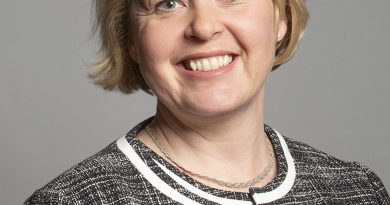