Below is the text of the speech made by John Butcher, the then Parliamentary Under-Secretary of State for Trade and Industry, in the House of Commons on 15 November 1985.

I am grateful to my hon. Friend the Member for Mid-Staffordshire (Mr. Heddle), as I know the House will be, for raising this important topic on the Adjournment of the House. I am sure that everything he said reflects the opinion of many people who are bewildered by this apparently mindless phenomenon which goes on in our midst. He has raised a subject of considerable interest. I am aware that he has taken a great interest in public call box services for a long time. I congratulate him on his pursuit of his campaign and his single-minded and highly-motivated approach.

My hon. Friend will be aware that British Telecom operates under a licence issued by my right hon. and learned Friend the Secretary of State for Trade and Industry. Under the terms of the Telecommunications Act 1984, the licence obliges BT, among many other things, to provide public call box services throughout the country. I should emphasise that monitoring and enforcement of BT’s compliance with the terms of its licence is a matter for the Director-General of Telecommunications. The 1984 Act gives him substantial independent powers in that regard. Enforcement of the licence is not a matter for Ministers, and any remarks that I make in this debate must be said with that clearly in mind.

I know that the Director-General of Telecommunications is keenly interested in the question of public call box services and maintains a close watch on the level and adequacy of the service provided by BT. I shall ensure that what my hon. Friend has had to say in this debate is brought to the Director-General’s attention.

There are about 76,000 public payphones in the country. Those telephones provide a vital public service. That service is not only for the 23 per cent. of households which do not have the use of a telephone of their own, but for all of us when out and about. We all depend on public payphones. When they are out of order, it is always a matter of inconvenience, but sometimes it can be a matter of life and death. That is why the issue is of great public interest.

I know that British Telecom takes its obligations to provide public call box services seriously. The company faces two major problems. One will soon, I hope, be overcome; the other is being tackled vigorously, but is much more deep-seated. I shall return to my hon. Friend’s remarks about that later. The problems are first, old equipment, and secondly, vandalism; or, to put it more bluntly, crime. That, I regret to say, is the fundamental issue. For example, last year in London alone there were 5,000 cases a month of damage to public payphones, affecting almost half the capital’s 10,650 payphones.

Those two problems are being tackled as part of a major investment programme by British Telecom to modernise its telephone services. That will, when complete, make British Telecom’s public payphone service the most modern of its kind in the world. I understand that by March 1987 all existing equipment will have been replaced by new, push-button electronic equipment.

Such installations are already a familiar sight in many places. The new telephones are more reliable and much more versatile. For example, they will all have automatic fault reporting so that if there is any trouble, repairs can be done swiftly. They also take a wider range of coins. There will be no ​ more frustration if we cannot find a 10p piece. That will have a considerable impact on the quality of the service provided.

A key feature of the modernisation programme is the aim to “design out” all those features in the old style boxes which are prone to criminal damage or which make attack by vandals easier. Considerable research has gone into that. As hon. Members will surely have noticed, as well as new telephone equipment, new booths are beginning to be installed. Gradually they will replace the old ones, except where conservation for environmental reasons is necessary. They have many new features designed to minimise their vulnerability to crime and make it harder to put them out of service.

My hon. Friend dealt with some of those features and expressed understandable cynicism. No matter how robust the new installations may be, someone will find some way of attacking and damaging them. I hope that my hon. Friend will agree that it is legitimate for British Telecom to seek to design out some of the more vulnerable features of the installations. However, if a vandal is prepared to apply a manic level of strength with the object of destroying something, of course damage can be done.

The real deterrent to such acts is part and parcel of the wider issues to which my right hon. Friend the Prime Minister has recently drawn attention so eloquently—the reaffirmation of the traditional values of family, school and church, which teach young people to behave in a civilised manner. We must get the message across that criminal damage to public payphones is thoughtless, stupid behaviour which, at the very least, causes inconvenience to others, and at the worst, real danger. I am sure that my hon. Friend and, indeed, all hon. Members will endorse that.

My hon. Friend has been pursuing his campaign in the northern part of the west midlands, and he mentioned another campaign being pursued by BT. He will agree that the campaign must be for every individual, if we are to get to the root of the problem.

In response to my hon. Friend’s remarks, I wish to make observations, which in part must be questions. Why is this particular form of vandalism apparently unique to Britain? To the best of my knowledge it does not happen on anything like the same scale in the rest of the Western world. Why are British vandals so mindless that they will attack a public facility which they themselves may need one day? Even the most woolly-minded behavioural scientist would not attempt to depict a phone box as a symbol of authority or as an affront to those who suffer from deprivation. This form of behaviour is beyond comprehension. It is as incomprehensible as the physical attacks on St. John Ambulance nurses while they attended injured fans during a soccer riot at Birmingham. City football ground at the end of last Session. People who wish to destroy a public facility, through no other motive than a wish to wreck something, are beneath contempt.

BT and the Director-General of Telecommunications unfortunately have to deal with another symptom of the growth of the propensity for mindless destruction among a small proportion of the population. My hon. Friend and I are agreed that it is up to each individual member of society to accept his or her responsibilities in changing the attitudes and levels of behaviour. In the long run, that is the only way in which to deal with this symptom of a broader and worrying phenomenon.

My hon. Friend has done the House a great service. He has articulated a problem which arouses great anxiety throughout the country. I have noted what he said about the efforts to liaise between post offices, BT, the police force and local authorities, and the advice that he would seek to have handed to magistrates to ensure that fines are levied in a way which reflects the cost of making good the ​ damage inflicted. I assure him that the record will be distributed to the appropriate opinion formers. I have pleasure in congratulating him again on the timeliness of his intervention today. 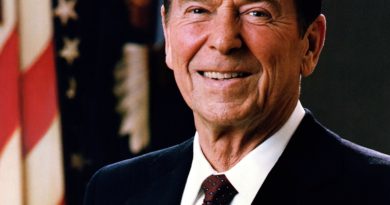 Ronald Reagan – 1988 Comments on Arrival of Margaret Thatcher in Washington