Below is the text of the maiden speech made by John Gummer in the House of Commons on 30 November 1970.

I should like to thank you, Mr. Deputy Speaker, for calling me to make my maiden speech. I wish to ask the House for its customary indulgence, even though on this occasion it will be particularly difficult to speak in an uncontroversial way.

I represent a constituency that is particularly affected by the matters raised by the hon. Member for Manchester, Wythenshawe (Mr. Alfred Morris). West Lewisham is largely a residential area with a higher than average population of older people and, therefore, the concerns of the cost of living hit them perhaps more directly than they hit other kinds of communities.

This Motion begs a major question, a question to which the hon. Gentleman did not fully address himself, namely how a Government should protect the consumer. This is a basic question, the kind of question to which my predecessor as Member for Lewisham, West, Mr. James Dickens, would have addressed himself with a sturdy independence irrespective of the views of this side of the House or, indeed, of his own Front Bench. I hope that sturdy independence which he represented in West Lewisham will not disappear with the change of regime.

There is implicit in the Motion not only the question, but the answer that the hon. Gentleman would like us to give. Unfortunately, it seems to me that that answer is precisely that which was attempted for over six years by the Labour Government and which was attended by a conspicuous lack of success. Therefore, in addressing ourselves to this Motion it would seem more reasonable not to make apologies for past history, but to try to find a new way of solving the problems which, quite rightly, were highlighted by the hon. Gentleman.

The hon. Gentleman’s reference to the National Board for Prices and Incomes reinforces what I have said about his remarks. If we become mesmerised by the easy answer which is very popular with the country on the lines of, “Let us have some kind of automatic panacea; let us have a prices and incomes policy”, we know that, after six years, such a policy very soon becomes only an incomes policy; there is no real effect except to raise prices, and the incomes policy very soon can be proved to increase rather than decrease the way in which incomes rise with the consequent effect on the price spiral.

I notice that there has been a great deal of quoting from the Grocer, a magazine not often quoted by the Labour Party before 18th June. I believe the hon. Gentleman now quotes it to suggest that if only we were to use the same methods as had been used then we will have a great deal of success, though this has not been the case over the past six years. I agree that if the present Government were to use the same methods as were used by the previous Government in the last six years, the present Government containing the sort of people it does, would achieve greater success. But what we need is a different method from that set out in the Motion.

Is it reasonable to suggest that we can protect the consumer unless we are prepared to do something about the reasons why prices rise unnecessarily? One of those reasons is the way in which our industrial situation has caused overmanning in industry so as to make us uncompetitive. I must declare an interest since I am connected with the printing industry, and it is surely unreasonable to have a situation in which every printing press in Britain has more men working on it than is the case on the Continent. Until we solve that sort of problem we will be able to do nothing for the old-age pensioners of West Lewisham, or of anywhere else.

On the matter of social welfare the attitude behind the Motion is that all is well and that we should merely stay in the same place. That is what worries me. The situation is not solved merely by saying, “How appalling it is to change the social welfare system.” That is the burden of what is proposed in the Motion. When I go round my constituency I see hundreds of people in private tenancies who need help, and I do not believe that they will regard a change in the system of housing subsidies as being to their disadvantage.

When we find references made to Professor Townsend and the Child Poverty Action Group, we must remember that, even in every one of six years of Labour Government, child poverty got worse and worse year by year. Nor do I believe it necessary to talk of school milk in the terms used by the hon. Gentleman in moving this Motion when one remembers that school milk was introduced at a time when the major health problem for children in Britain was rickets. Indeed, the major problem today is that of obesity. We have only to look at the evidence to see that that is the case. It has recently been said that nearly one-third of the children of London are overfed. We might well look at that situation in the light of what is said in this Motion.

To go back to housing policy, it would be wrong to face a situation in which we are not prepared to say that, in order to solve the problems which face the nation, in order to do something about the rising cost of living, we should not ask those who are able to do so to stand on their own feet, simply because there are some—and there are certainly some people in this category—who cannot do so.

On the matter of consumer choice, it is curious that we should not allow people to make choices in housing and education, which are important, and then complain when people make trivial choices. This takes away the right of a person to make a meaningful choice.

This Motion not only contains a major question, which it begs, but it gives the wrong answer. Our only choice in solving the problems which face us today is to change the whole nature of our competitiveness. I do not see how the system will work without changing the taxation system to make it possible for companies to improve their liquidity, or to alter the system in such a way as to encourage people by changes in their personal tax situation. Without changing those sorts of things, I do not see how we will avoid the hand-to-mouth system which exists at the moment merely by putting a new subsidy in place of the old. Subsidy is merely a redistribution of present wealth. We want to see an increase in our wealth. This Government have put that matter first and I believe that is the successful answer to our situation.

The hon. Gentleman spent a good deal of his time sniping at the possibility of Britain entering the Common Market. This was all of a piece with the same argument. He was saying, “Let us stay in the same place. Let us make no major changes. Let us go on like we have always done. Let us not solve the basic problems first.” I feel that unless we enter the Common Market on suitable terms, we will be unable to bring about a change in the continuing costs and wages spiral and that this will go on until we find ourselves unable to operate in the world in which we live. The whole proposition in the Motion seems to demand a return to a world of what one might call Socialist myth, a world which may have existed but does not today—a world which can exist only if Governments are not prepared to make fundamental changes in our society.

I believe that the Conservative Party was elected to make these fundamental changes in our society. That means changes, and not just tinkering about with and replacing old ideas that have failed over six years of Labour Government. This can be done only by restoring national competitiveness, by changing the taxation system and by being prepared to provide aid for those who need it—and there are many who do—and, above all, by seeking a new place for Britain in the world by finding an accommodation with Europe so that we can play our full role. 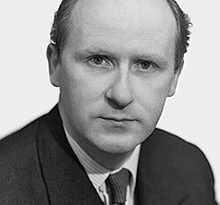