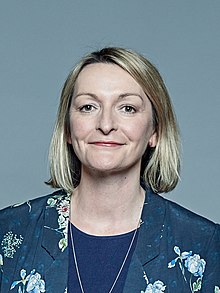 The speech made by Jessica Morden, the Labour MP for Newport East, in the House of Commons on 21 July 2022.

As Mr Deputy Speaker said earlier, it is a bit of an impossible task to try to wind up these debates. Before I begin, may I put on record my thanks to the Speaker’s Office and to everyone who works in this place, from the police officers, the security guards, the wonderful Doorkeepers, the Clerks, the unseen Committees such as the Joint Committee on Statutory Instruments, through to the catering, cleaning, Hansard and IT staff, who keep the whole parliamentary estate ticking over day in, day out. We are very grateful to them. As the hon. Member for Mid Sussex (Mims Davies) mentioned, we are also grateful to our constituency staff and teams. That allows me to thank my team and the excellent Sarah Banwell, who won Labour caseworker of the year from Prospect this year—I wanted to give her a little mention too.

It is a pleasure to respond to today’s Adjournment debate on behalf of the shadow Leader of the House team and it is also a real honour to speak in a debate dedicated to our late colleague Sir David Amess. We all know that there is no doubt that he would have been in the Chamber today, speaking up for his beloved Southend. As a regular myself, I used to look on in awe at his contributions. He owned this debate. It was a masterclass. The hon. Member for Rutherglen and Hamilton West (Margaret Ferrier) seemed to do a good job of mentioning as many issues as he did. The hon. Member for Southend West (Anna Firth) made her contribution, which Sir David Amess would have been extremely proud of. His legacy will live on both inside and outside Parliament.

I welcome the Deputy Leader of the House, the hon. Member for Wellingborough (Mr Bone), to his place. In one of my first contributions in this role—I was a bit lonely because I had no one to shadow, so I am pleased that he has come along—I reflected on how my appearance at the Dispatch Box would give hope to late developers everywhere, and the same can be said for him. Over the years, he has forged a reputation as a stickler for parliamentary protocol, often to the chagrin of his own party, and he is no stranger to the rough and tumble of this place.

My former neighbour and friend in Newport West, the late, great Paul Flynn, enjoyed regular verbal jousts with the hon. Gentleman in this Chamber, and it is a shame that their spells on the Front Bench never coincided. The hon. Gentleman once commented that Paul was his inspiration for running for Parliament, having been a constituent of his for some years as a travel agent in Newport. With characteristic good humour, Paul noted that he would carry for life the burden of being responsible for the hon. Gentleman’s parliamentary career, so I am sure he would be delighted to see his unlikely protégé elevated to his new place on the Front Bench today. Some would say that the Deputy Leader of the House must be a glutton for punishment to step into the role with a Government who are crumbling all around him, but that is nothing new to him—after all, he once stood as the Conservative candidate in Islwyn, where Tory voters are a rarer breed than costed policies from his party leadership candidates.

End-of-term Adjournment debates are a valued opportunity, like Thursday’s business questions, to raise a whole range of issues. Today we have heard some great contributions from Members across the House on issues that are close to their hearts. Home Office delays were mentioned by, among others, my hon. Friends the Members for Merthyr Tydfil and Rhymney (Gerald Jones), for Gateshead (Ian Mearns) and for Hackney South and Shoreditch (Dame Meg Hillier) and the hon. Member for Harrow East (Bob Blackman). I very much recognise the experiences they talked about, with constituents left in limbo and delays to day-to-day family visas. It is no fault of the civil servants; there is a failure to cope and plan, and a lack of resources. I, too, have Afghan interpreters’ families still living in bridging hotels for far too long, and it is not good enough.

My hon. Friend the Member for Leyton and Wanstead (John Cryer) mentioned James Brokenshire. It is good that we also remember him today, as well as his mother, Ann Cryer, for her legacy through her work in campaigning on sexual exploitation.

My hon. Friend the Member for Swansea East (Carolyn Harris) mentioned that the gambling White Paper has been delayed four times and that we need gambling reform. She is quite right. Her comments are very much based on her experiences in Swansea East and her expertise on this issue. I hope that Ministers heed her calls to get on with this. I also congratulate her on her work on the menopause; she has done so much to make sure that this area gets the attention it needs. Not least, she managed to get both of us into Hello magazine.

The hon. Member for Cleethorpes (Martin Vickers) talked about rail, giving me the opportunity to agree that we need greater rail investment from this Government, particularly in my corner of south-east Wales, where we have 11% of the rail network and 2% of rail enhancement funding. I strongly agree with my hon. Friend the Member for Merthyr Tydfil and Rhymney about consequential funding for HS2 for Wales. My hon. Friend the Member for York Central (Rachael Maskell) spoke very well about the cost of living crisis, backlog Britain and NHS delays, as well as the housing crisis and the need for investment in housing and communities, with her call for local homes for local people.

In acknowledging the contribution of the hon. Member for Strangford (Jim Shannon), let me say how pleased we all were to see him get called very early in business questions today—a special end-of-term treat for him and for us all.

The hon. Member for Filton and Bradley Stoke (Jack Lopresti) spoke about the importance of aerospace to our economy. Being in a neighbouring constituency, I agree with that, because many jobs in Newport East, too, are dependent on aerospace as people commute to his constituency.

It is the time of year for end-of-school reports and if we apply the same metric to this Government, the conclusion could only be: “Must do better”. One of the barometers by which to measure the Government’s performance is the timeliness of responses to inquiries from MPs across the House. Even on that basic criteria, the Government are failing dismally, as my hon. Friend the Member for Merthyr Tydfil and Rhymney mentioned in business questions and during this debate.

The Procedure Committee has been conducting its usual work on this matter and a report should be out tomorrow.

I thank the hon. Member for that intervention. I shall look at that with great interest as Members are very interested in this issue. Multiple Departments have a dire record on written parliamentary questions, particularly in relation to COP26 and the Department of Health and Social Care. The record on named day questions is not much better either.

The picture is not much brighter on general written correspondence. The most recent data shows that only 16% of MPs’ and peers’ letters on COP26 were responded to within the timescale set, with the Government Equalities Office and the Department of Health and Social Care faring only slightly better. That bleeds through to MP hotlines, which have been unreliable for some time. The Home Office said that it needs a recovery plan to support its hotline to return to acceptable service standards, and it is preparing that. However, the Home Office is not the only Department in need of a recovery plan. The recent chaos at the Passport Office shows how badly the Government need to improve. The passport issue was raised by my hon. Friend the Member for Hackney South and Shoreditch, the hon. Member for Harrow East and my hon. Friend the Member for Merthyr Tydfil and Rhymney. We thank the civil servants, including those in the Newport passport office, who work so hard. I also put on record our thanks to all those who have come to work in Portcullis House.

I am running out of time, but I will mention another group who are being let down by the Government: the victims of the contaminated blood scandal. Ministers have had more than enough time to respond to Sir Robert Francis’s report, which recommends interim payments for victims now and the full inclusion of family members who lost loved ones in a future compensation framework. That would be a final recognition of the suffering of families such as my constituents, the Smiths, who lost their seven-year-old son, Colin, after he received infected blood products from a prison in Arkansas. My right hon. Friend the Member for Kingston upon Hull North (Dame Diana Johnson) is absolutely right that the Government must get on with this.

I am pleased, however, that progress is being made on the Social Security (Special Rules for End of Life) Bill, which will finally scrap the hated six-month rule. Much thanks is due to charities such as the Motor Neurone Disease Association and Marie Curie, which helped me with a ten-minute rule Bill on this issue. I am glad that the social security Bill will come through the House in September and I know that it will get cross-party backing.

Will any aspect of that end of life Bill address assisted dying? The House is united on the fact that there should be a debate on that issue. For too long, Parliament has not had a say on such a vital issue, which the public wants us to discuss.

I am sure that the Deputy Leader of the House will address that issue.

Finally, I wish everybody a happy recess. We will all be working in our constituencies through the summer, but I hope that staff get a break.