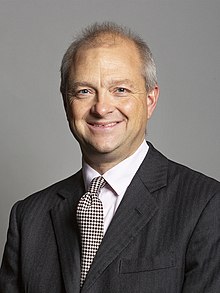 The speech made by Jerome Mayhew, the Conservative MP for Broadland, in the House of Commons on 11 July 2022.

I rise to support both statutory instruments, but I will speak in support of only one: the liability of trade unions in proceedings in tort and the increase in the limit on damages. To set the context, we need to look at the rights and obligations under the law of tort—the common-law duty under tort—so that we can understand the rationale behind the measures. As many Members will know, for a liability under tort to become established, we first have to have a duty of care for one organisation or individual to another. There needs to be a breach of that duty and then evidence to demonstrate that the breach was causative of identified damages. That is a standard part of the law of tort and of our common law. It is worth making the point that it applies to all of us in all our relations with one another; it is not unique to the unions. The starting point is that every organisation is responsible in damages for a tortious breach of its duty of care.

I turn to the specific problem with trade unions and trade union-inspired strikes. Although the withdrawal of labour is a fundamental right, as the right hon. Member for Ashton-under-Lyne (Angela Rayner) made clear, it can lead to a huge number of breaches of tortious duty if a strike is illegal, because public sector work has an impact on so many other organisations. In previous legislation, the Government created an exemption for unions on legal strikes—the official protected industrial action clauses—but illegal strike action is not protected under the law, so the risk remains that trade unions are open to crippling damages being awarded against them. Why should they not be? If through their illegal actions they have caused identified losses to other individuals, why should they not be responsible for them?

Could the hon. Member identify the last time that there was an illegal strike, please?

Since 1982, there has been effective legislation to dissuade that kind of act, but the effectiveness of that legislation has diminished over time to such a level that it is no longer worth applying. The damages cap is so low in real terms that it has become ineffective as a disincentive.

Does the hon. Member understand that as the normal remedy is an injunction, what he proposes might, ironically, make injunctions against strikes more difficult for employers to obtain? One of the conditions for the grant of an interlocutory emergency injunction is that it must be shown that damages, if awarded at full trial, would not be an adequate remedy, so raising the level of that remedy makes it less likely that an employer could get an injunction. The hon. Member’s argument has therefore undermined itself.

I am grateful for that intervention, but I fundamentally disagree. As the hon. Member will know, when someone makes an interlocutory application for an injunction, they often have to give an undertaking in damages. The cap, which I have not yet come on to, will not be raised to a new level; the order merely restores what was put in place, which was the will of Parliament when the legislation was enacted back in 1982.

There is a very strong argument that an organisation that causes loss to another through its breach of a duty of care should be responsible for 100% of damages, but the Government have not taken that view. They have capped the liability in damages for trade unions, even when strikes are illegal. They have tried to balance the disincentive from strike action, for which I make no apology, with protection for trade unions from the full consequences of their actions, even though they might be illegal. The reason is that the Government are in favour of trade unions and do not want crippling damages being awarded against them. There is a balance of rights and obligations, which in my view is absolutely reasonable.

The cap was set by Parliament under the Employment Act 1982 at between £10,000 and £250,000, based on the size of the union and its ability to pay. It seems quite wrong, in 38 intervening years, for the caps not to have been increased by the rate of inflation or by any other amount. The rights of unions and the rights of damaged businesses and individuals have now, in my submission, become unbalanced. The legislation is no longer acting as proposed, and I think the Government are quite right to take action to rebalance it, as it originally required. I have looked up, on the Office for National Statistics website, the retail prices index figures for inflation between January 1982 and May 2022. The multiplier, to be entirely accurate, is 4.31963. The Government’s proposals, which use a multiplier of four, are actually less than the inflationary increase.

It is entirely right that the order restores the original intention of Parliament. The legal right to strike is wholly protected, and it is disingenuous for Opposition Members to suggest that the right to strike is being in any way affected. The order merely restores the balance of rights between the damages available to the victims—and they are victims—of tortious losses caused by illegal strike action and the protection of trade unions from crippling losses. That is right: it is an incentive to avoid illegal strikes, which I think is a good thing.

This is good government. I support the order; I only suggest that from now on, the limits should rise automatically with inflation to avoid having a repeat of this debate in 2060.