Below is the text of the speech made by Jeremy Wright, the Attorney General, on International Justice Day on 17 July 2017.

Good afternoon all. I want to begin by thanking those at the Foreign and Commonwealth Office and the British Institute for International and Comparative Law for putting today’s conference together. The breadth and depth of experience of those at this event will, I am sure, be invaluable in developing all of our thinking on these incredibly important issues.

At the outset I want to emphasise that these are issues that I feel strongly about – in December last year I spoke at an event at the United Nations in support of the Foreign Office led campaign to bring Daesh to justice; the focus of that speech was the importance of gathering and preserving evidence to enhance global accountability and today I want to reinforce that message.

The challenges posed by the conflict in Syria are issues that I encounter day-to-day in my role as Attorney General. As many of you will know, I am Chief Legal Adviser to the Government and in that capacity I attend Cabinet meetings and am a member of the National Security Council. But I also superintend the main prosecuting authorities – the Crown Prosecution Service and the Serious Fraud Office – and have certain quasi-judicial functions which I exercise in the public interest. One of those functions is to decide whether prosecutions for some offences, which include terrorism, genocide, crimes against humanity and war crimes, should go ahead.

What this means is that I hold a unique position at the interface of law and politics. So, I know first-hand the challenges faced by the Government and those faced by our domestic prosecutors.

So in the short time I have, I want to give you a practical view of some of the issues likely to arise when prosecuting crimes committed in conflict areas in our domestic courts. One of the key messages I want to get across is that our prosecutors have the skills and experience to prosecute these invariably very challenging cases and we will pursue them vigorously where there is sufficient evidence to do so.

To highlight some of the issues under discussion today I am going to talk about two cases that the Division has dealt with.

In 2014 a man named Imran Khawaja was arrested by the police on returning to the UK from Syria. Khawaja had joined Daesh and was ultimately convicted of various offences including preparing acts of terrorism, attending a place used for terrorist training and receiving weapons training. Part of the evidence against him was a video promoting Daesh that had been posted on social media in which he was shown holding up two severed human heads from a pile of others as he spoke to the camera.

Khawaja was, unsurprisingly, considered a danger to the public and given an extended sentence. He was not, however, given a life sentence with the Judge commenting that he had taken into account the absence of evidence of [Khawaja] having actually taken part in the combat itself, as opposed to its assistance and glorification.

And, of course, on the evidence available, the Judge was right to reach that conclusion. The evidence simply did not demonstrate whether and to what extent Khawaja may have been involved in the killing of the men whose heads were shown or, indeed, any other of the many atrocities we know to have taken place.

This case really encapsulates some of the challenges faced by domestic investigators and prosecutors dealing with offending that has happened in an area of conflict. If evidence is not available from the country where the offence has taken place they can, and do, build a case on the evidence that is available which may be, for example, communications data or material that can be retrieved from electronic devices or social media. However, if there is no evidence from the place where the criminality has taken place, there is a real risk that the most serious offending, in particular conduct that amounts to offences such as torture, crimes against humanity or even genocide, could go unpunished.

I should also add that investigations based largely on digital material present their own challenges. We have found that huge volumes of data are recovered during investigations and prosecutions. In a terrorism case, on average, 4 terabytes of data is extracted in each investigation with larger investigations typically recovering more than 20 terabytes. To put this in context, a single terabyte is equivalent to roughly a million books of 500 pages each . Identifying relevant and incriminating material from all that is a mammoth task and is made more complicated where foreign languages, code or encryption have been used. Of course these challenges are not exclusive to terrorism cases but they highlight how important it can be to have other sources of evidence available.

A different case dealt with by the Counter Terrorism Division highlights how effective in country evidence can be in ensuring accountability for the most serious crimes, even some years after an offence has taken place. In 2007 a US armoured vehicle was on patrol in the area of North Western Baghdad when it set off an improvised explosive device, or IED. Tragically, the explosion killed one of the soldiers inside the vehicle, a Sergeant Johnson.

Military personnel recovered that device and many others that were used against coalition forces. Forensic examination of the device and three other similar devices was able to demonstrate that a British citizen named Anis Sardar had been directly involved in the construction and/or deployment of these bombs with the intent required for an offence of murder. It is not possible to go into all the details of the evidence now in what was a complicated case, but key features of it related to fingerprint marks taken from the devices, evidence of similarities between them, the unusual nature of their construction, and, the fact they had been deployed in a small area of Iraq over a short time period. Sardar returned from Iraq in 2007 and was arrested in 2014 after it had been established that his fingerprints matched those on some of the IEDs. In May 2015 he was convicted after a trial of the murder of Sergeant Johnson and conspiracy to murder. Ultimately he received a life sentence with a minimum term of 35 years.

In conclusion I want to reiterate that prosecutors in this country can and will bring domestic prosecutions for offences committed during conflict where the evidence is available and our domestic courts have jurisdiction to do so. These cases will often present significant and sometimes unique problems but we have the skills and experience to build the strongest case possible with the evidence available. But, the fundamental precursor to all this work is the availability of reliable evidence and so the key to ensuring that the perpetrators are held to account and that victims receive justice, is gathering and preserving the evidence left behind. This requires the closest possible cooperation with those on the ground, and it is a huge challenge, but to achieve all we can in the delivery of international criminal justice, it is a challenge we must overcome.

Boris Johnson – 2022 Comments Ahead of His Visit to India 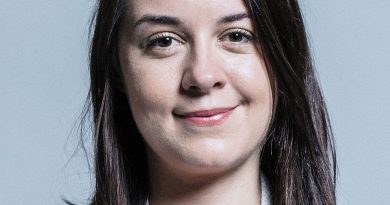 The speech made by John Cryer, the Labour MP for Leyton and Wanstead, in the House of Commons on 17