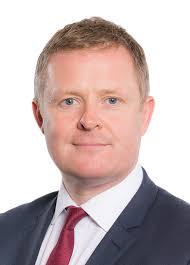 Below is the text of the statement made by Jeremy Miles, the Counsel General for Wales, on 7 May 2020.

This statement provides members with an update on issues related to the UK’s exit from the EU, focusing on the latest position in the negotiations on the UK / EU future relationship and the implications of this for the huge and complex programme of work required by the end of the transition period given that governments in the UK and EU are rightly focused on responding to Covid-19.

Responding to the Covid-19 pandemic continues to be the immediate priority of the Welsh Government, and we maintain that the negotiations on the future UK / EU relationship should be paused and an extension to the transition period sought. Despite the realities of the current crisis, the UK Government continues to argue that successful negotiations, and the necessary work to implement an agreement, can be concluded alongside dealing with the current national emergency. We have seen no evidence to support that position.

Following an understandable pause in formal talks between the UK and EU as all parties rightly focused their efforts on responding to Covid-19 and keeping all of our citizens safe, the negotiations resumed in the week commencing 20 April, albeit with reduced numbers and via videoconference.

At the end of the second full round of talks, there were clearly major differences remaining between the two sides as outlined by Michel Barnier in recent comments. The largest areas of difference include: the UK Government’s unwillingness to sign up to a ‘level playing field’ of economic, social and environmental standards which the EU insists should underpin the envisaged zero-tariff, zero-quota trade deal; the UK Government’s rejections of any role for the Court of Justice of the European Union in relation to aspects of the future relationship; the UK Government’s position that there should be multiple separate agreements as opposed to the EU’s preference for one overarching agreement; and fishing rights. There seems to have been little, if any, progress in resolving these fundamental differences despite the fact we are now half way between the publication of negotiating mandates and the critical end of June date (which under the terms of the Withdrawal Agreement is the last point at which an extension to the transition period can be agreed).

The negotiations have to date focused on the presentation and clarification of negotiating positions. If the UK Government persists in seeking to work to the original timetable, then the negotiations need to reach agreement swiftly, which will require compromise and pragmatism. Despite best efforts there will inevitably be limitations about what can be achieved by video conference rather than face to face negotiations, especially when there are clear fundamental differences between the two sides.

The UK Government continues to refuse to contemplate extending the end date of the transition period. This is despite requests from us and many others to pause the negotiations and extend the transition period, recognising the fundamentally changed circumstances facing the economy and society due to the Covid-19 pandemic. It is of great concern in the current circumstances that we will exit transition on 31 December 2020. The focus must be for us to work together to combat Covid-19 and the economic consequences thereafter, rather than unnecessarily compounding these issues by adding the economic shock a change in our economic relationship with the EU will inevitably entail. The UK Government must also recognise that conducting complex negotiations under these constrained circumstances is unlikely to lead to an outcome which protects our interests.

UK Government engagement with the Devolved Governments on the negotiations remains deficient: despite the promises of improved engagement as the future relationship negotiations got underway, Ministerial engagement became even more inadequate. The UK Government has failed despite their formal commitment in the terms of reference of the Joint Ministerial Committee (EU Negotiations) to seek agreement with the Devolved Governments on the negotiations to provide us with meaningful opportunities to influence. Whilst we have made clear that the UK Government position is not one we can support since it does not represent Wales’ interests, as a responsible government, we continue to take any opportunities that we can to press our case on specific points. We will, of course, continue to speak up for what we believe is in Wales’ interests in these negotiations, both in our dealings with the UK Government and in public.

A meeting of the Joint Ministerial Committee (EU Negotiations) is being arranged for the middle of May. This is the first meeting since January. I have also spoken bilaterally this week and last week with the UK Government’s Paymaster General, Penny Mordaunt MP. These short calls are welcome but necessarily limited in their effectiveness and therefore I continue to press for structured, collective and detailed discussions involving all three Devolved Governments and the UK Government on the negotiations, and in particular on changes to the UK Government’s negotiating position.

The uncertain and deeply concerning situation on the negotiations exacerbates the pressures and risks we face in preparing for the end of the transition period – in particular on preparedness, legislation, frameworks, policy and finance.

In relation to preparedness overall, at the end of transition we need to be able to implement any deal reached on the future UK / EU relationship, or manage the implications if no such deal is agreed. We may not know until well into the autumn, or even later, which scenario we face.

Covid-19 has already affected the current capacity of both the UK Government and the Welsh Government to prepare for the end of transition. More fundamentally, the scale of the immediate crisis has hugely reduced the capacity of people, businesses and other organisations to consider, let alone take action to prepare for, the end of transition. The risks of this will multiply if significant changes to trade and supply chains hit already fragile businesses which are not prepared and still suffering from the impact of the pandemic – with potentially serious implications across Wales.

In relation to legislation, there remains a high degree of uncertainty with relatively limited information available from the UK Government on the scope and nature of the legislation needed, in particular on the implementation of the Withdrawal Agreement and related agreements, and with even less certainty regarding a possible treaty on the future relationship with the EU. We have asked the UK Government to share a credible plan for how all the necessary legislation can be passed by the end of December, but no such plan has been shared. The successful implementation of the Withdrawal Agreement requires a cross-UK approach, or at least understanding, and this cannot be achieved without input from the UK Government. We are very aware that there is likely to be a significant programme of SIs required and we will continue to press the UK Government to work with us on such legislation and to ensure that the devolution settlement is properly respected.

Moreover, there is extensive work required in relation to ‘common frameworks’ by the end of 2020. Officials from all four administrations have been working together to consider how to deliver the most important framework areas. However, even achieving this by the end of this year will be difficult. More broadly, work in relation to common frameworks and the internal market serves to illustrate powerfully how inter-governmental relations and devolution / constitutional issues could well grow significantly in breadth and complexity in the future. There is much work to do in a short period of time to resolve potential challenges and maintain a positive economic and constitutional landscape within the UK.

In addition to frameworks, there is a wide-ranging policy agenda which relates to EU exit, encompassing policy making in Wales (for example, in respect of future agriculture policy) and our need to seek to influence policy making at a UK level (for example, on how the UK internal market will function, and on migration policy) to ensure they meet the needs of Wales. All this will also need to be calibrated according to the progress of recovery from the Covid-19 crisis.

Furthermore, there is an important set of issues relating to finance. Around £700m a year comes to Wales now from the EU and whereas there are short-term reassurances from the UK Government on aspects of this, we need to protect our interests in longer-term funding decisions, particularly in respect of the possible Shared Prosperity Fund (SPF) and future agricultural and rural development funding. We will hold the UK Government to promises made that Wales will not be a penny worse off as a result of leaving the EU, and that the Welsh Government will continue to be responsible for deploying these funds in Wales.

This statement demonstrates the scale and the complexity of the work on EU exit issues facing us in the remainder of 2020 and illustrates how it links to the new realities and work arising from the Covid-19 pandemic. The Welsh Government will continue to do all we can to seek to influence the negotiations and to work on the necessary preparations for the end of the transition period. This is constrained however, by the current approach of the UK Government. I will continue to keep members up to date on developments, in particular following the anticipated JMC(EN) meeting later this month.

Penny Mordaunt – 2020 Statement on the Future Relationship with the EU