Below is the text of the statement made by Jeremy Hunt, the Foreign Secretary, in the House of Commons on 19 December 2018.

The global coalition against Daesh has continued to make significant progress in recent months. Since counter-Daesh military operations began, the coalition and its partners in Syria and Iraq have recaptured the vast majority of Daesh territory.

Daesh now remain in control only of a small pocket of territory in eastern Syria. Progress has been made towards forcing Daesh out of Hajin town; the RAF and coalition forces are helping to consolidate contested areas and push out towards outlying Daesh positions.​

In Iraq, we are proud to have played a leading role in supporting Iraqi security forces to liberate their country a year ago. A new Government of Iraq have now been formed following the elections in May. I congratulate President Saleh and Prime Minister Abdul Mehdi. We look forward to working with them and their Government.

In Syria, the conflict has entered its eighth year. Our ongoing counter-Daesh efforts there, while successful, are part of a wider context of a brutal civil war. We are playing our part in alleviating humanitarian suffering across Syria. We also continue to push for a negotiated settlement that ends the conflict and protects all Syrians. To that end, we remain committed to supporting the UN-led Geneva process.

As I have previously made clear to the House, the Government are prepared for Daesh to evolve and change its form as it loses territory. Over the past year, we have seen that beginning to take place. Daesh is no longer operating in the open. It is beginning to transition to a clandestine network.

Much remains to be done in the global campaign against Daesh and we must not lose sight of the threat from Daesh. This Government will continue to do what is necessary to protect the British people and our allies and partners. I will provide an oral update on our counter-Daesh efforts in the new year. 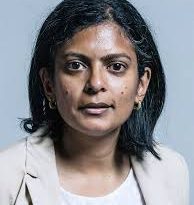 Theresa May – 2019 Speech on the State of Politics