Below is the text of the speech made by Jeremy Hunt, the Secretary of State for Health, at the Royal Surrey County Hospital on 4 August 2014.

I am really pleased to be here at the Royal Surrey this morning – and many thanks to you Nick for hosting us.

I was delighted and honoured to open the Margaret Eaton wing of your ICU in June – and even more delighted to spend time with your brilliant A & E staff before Christmas where for the first time ever I took someone’s blood pressure as part of a frontline shift.

I try to go out somewhere on the NHS frontline most weeks and I can honestly say I have learned more from those visits than I ever do from sitting behind a ministerial desk in Whitehall.

What I know from my visits here is that you deliver superb care and under Nick Moberley’s leadership have the ambition to be the very best in the country. I want to wish you every success in that, and put on record my thanks – both as MP for South West Surrey and Health Secretary – for the dedication and hard work of the brilliant staff who work here.

Progress over the last decade

Every month, more than a million patients start specialist treatment. Keeping up with this demand is crucial: patients tell us all that timely access to treatment is one of the most important things they want from our NHS.

Keeping waiting times low is therefore a key objective for any government. And it is right to acknowledge that the last government made welcome progress in bringing down the number of people waiting a long time for their treatment, progress this government has sustained.

It is also right to pay tribute to the hundreds of thousands of NHS staff who have worked so hard to make that possible over the last 10 years.

Thanks to their efforts, access to NHS healthcare is now amongst the best in the world.

When the target was announced in June 2004, patients could expect to wait more than a year for treatment.

Since then we have seen spectacular improvements for patients: no longer do we read about the scandal of people routinely dying on waiting lists because access to the life-saving treatment they need comes a year too late. No longer are families suffering the pain of watching elderly relatives slowly lose their mobility, becoming trapped and isolated at home because the NHS can’t provide a simple hip operation for 2 or 3 years.

Delivering timely access to treatment has become part of the DNA of the NHS – and that is something we should all welcome.

It is also worth pointing out something everyone in this hospital will be acutely aware of: delivering that objective has been much tougher in the last 4 years than previously.

Until 2010 NHS funding generally rose faster than the demand for its services. We have had to deal with the deficit we inherited, and we have made some very tough choices to protect the health budget. Despite that, since 2010 funding has risen by around 1% a year even though demand for NHS services has risen by 3.6% a year.

And this increase in volume has not been at the expense of quality. A couple of months ago the independent Commonwealth Fund said that in the last four years the NHS has risen to become the top-ranked healthcare system across the 11 richest countries in the world – top for quality, top for efficiency, top for access, and top overall.

Targets can be dangerous

But – and there is a ‘but” to this – targets, as we also saw under the last government, can create the wrong behaviour too. What happened at Mid Staffs and many other hospitals was that targets distorted behaviours, changed clinical priorities and led to appalling care, sometimes with tragic outcomes for individual patients.

When the NHS started measuring performance against the 18 week target in 2007, something perverse happened. If faced with a choice between treating a patient who had missed the 18 week target or someone who had not yet reached it, the incentive was to treat the person who had not yet missed the target rather than someone who had – because that would help the performance statistics, whereas dealing with the long waiter would not. So a target intended to do the right thing ended up incentivising precisely the wrong thing.

And that in a nutshell is the problem with targets: unintended consequences.

Under huge political pressure, managers inevitably gamed the system to make their organisation look good – and patients suffered the consequences. Suddenly, real people with real illnesses and real needs find themselves treated like a number or a statistic, there not to be looked after but to be manipulated to show organisational performance in the best light.

So this government has made a determined effort to change that culture. Not by abolishing targets altogether – all organisations need priorities – but by making sure they are implemented more humanely and sensibly.

When we came to office in 2010 there were a shocking 18,500 people who had been waiting not 6 months, not 9 months but over a year for treatment.

I am pleased to say that even though none of those people count towards the standard 18 week target, we have none the less reduced that number to just 500.

But today I want to say that even 500 is too many.

A year is a very long time to wait if you are immobile, in discomfort or in pain. If a single one of those patients is waiting not out of choice, or for proper clinical reasons, but simply because the NHS has not been able to provide the treatment they need for a whole year then that is unacceptable.

So today I want to announce a new ambition for the NHS: I want this number of people waiting more than a year for their operation to be not in the thousands, not in the hundreds, but as close to zero as possible.

There will, of course, be exceptions to this which is why I do not want to fall into the trap of making this “another target”: there will be patients with multiple conditions where one condition needs to be treated first; there may be highly complex treatments which are particularly difficult to source; and sometimes the patient may choose to wait for personal reasons.

Unless there are those good reasons, no-one should have to wait more than a year for treatment.

So from today NHS England will review all 500 cases, and working with CCGs and local hospitals, ensure that any patients who can be treated will be treated as rapidly as possible.

Nor should this just be about people waiting for more than a year.

I want the NHS to put particular focus on anyone who has been waiting more than 18 weeks since being referred for treatment, so have asked NHS England to commission 100,000 additional treatments over the summer including 40,000 additional inpatient admissions.

This focus on long waiters may mean we undershoot the 18 week target for a temporary period, although we will return to meeting it before the end of the year. Indeed as the many NHS target experts will know we could ensure we met the 18 week target every month by focusing those 100,000 additional treatments on shorter rather than longer waiters. But that would be an indefensible betrayal of those who have been waiting the longest and not one I would be prepared to sanction as Health Secretary.

The truth is we need to ensure both that 90% of people get their treatment within 18 weeks – the official target – and that people who are not treated within that period are not neglected. So I have set a timeframe of this calendar year to deliver on both of those objectives.

An NHS about more than targets

Let me conclude with a broader point. Targets matter, but they should never be the only thing that matters. Patient safety, compassionate care, clinical effectiveness and efficiency are also vital.

Robert Francis hit the nail on the head in his report on Mid Staffs when he said “targets were often given priority without considering the impact on the quality of care”.

Even before Mid Staffs, the Healthcare Commission attributed one of the causes of over 30 C diff deaths at Buckinghamshire Healthcare NHS Trust as an over-focusing by the Trust on meeting government targets. Many of you here will have had experience of similar pressures and conflicts in your own daily work.

Which is why last year we introduced a new inspection regime for hospitals that looks at performance more broadly than just targets. We must never go back to the bad old days where targets seemed to matter more than people – so where we do have targets they should implemented sensibly and in line with the clinical needs of patients.

And where there is poor care, it should never be swept under the carpet.

But it isn’t just at failing or struggling hospitals we have seen improvements. Across the NHS we now have more than 6,300 additional nurses in our wards than in 2010 as we finally put behind us the scandal of short-staffed wards. At the same time we have become the first healthcare system in the world to publish key safety data on a single website for every major hospital in the country.

We have also become one of the first healthcare systems in the world to make a determined national effort to embrace the safety culture of airlines, where there is a much stronger culture of reporting safety concerns and near misses than there is in medicine. That means supporting people on the front line who have concerns about safety or care – and stamping out the bullying and intimidation that is still too common in many hospitals.

These are big changes – changes designed to increase clinical accountability and make sure we always put patients first.

Let me conclude by returning to the new ambition I am announcing for the NHS today.

Let’s continue to make sure we treat the vast majority of patients within 18 weeks of being referred. But let’s also make sure we don’t forget the minority who don’t. So let’s commit that no one – except in exceptional circumstances – should have to wait more than a year.

Targets that help patients get treatment when they need it – not targets followed blindly with no regard for the impact on individuals.

An NHS confident that – in the end – it will continue to meet the huge challenges ahead if it leaves room, amongst many loud, competing pressures, for the quietest but most important voice of all: that of the patient. 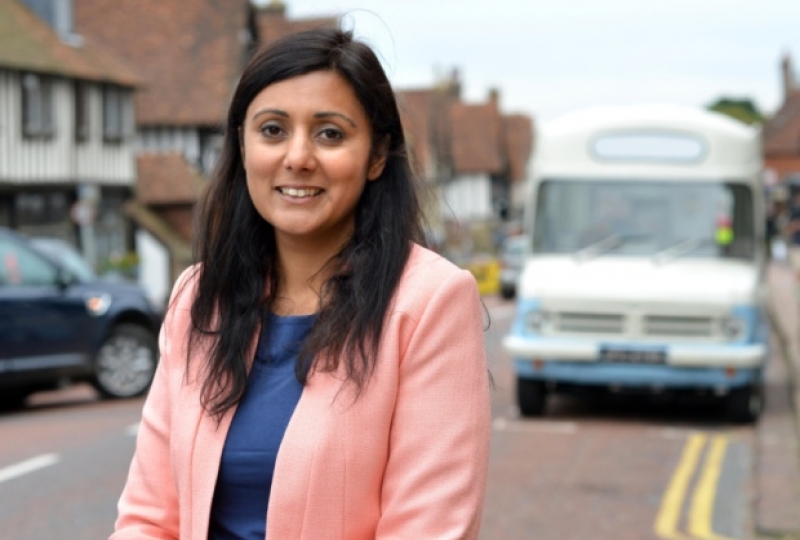