Below is the text of the speech made by the then Justice Secretary, Jack Straw, to the 2007 Labour Party conference.

Conference, justice is the starting point of everything we stand for; central to our aims and values.

So I am very proud to be leading the new Ministry of Justice.

On working with the law officers, Patricia Scotland and Vera Baird; with Ed Balls and Bev Hughes on youth justice; and above all with Jacqui Smith, Labour’s first, indeed, the very first, woman home secretary.

I’d like here to pay tribute to the assured and thoughtful way Jacqui has taken on one of the most difficult jobs in government.

If the post of home secretary is a venerable one, mine as lord chancellor is positively ancient.

The office dates back to the Dark Ages. Some say it’s still stuck there.

Well, you can tell how modern it is from the dress I’ll have to wear on state occasions – embroidered gown, frock coat, breeches, buckled shoes, silk tights.

But comrades, you should know that in a key step on the forward march to socialism, I’m dispensing with the wig.

At the heart of our rule of law are our courts.

The British judiciary are among the very best in the world, unrivalled for their integrity, their professionalism, and their readiness to embrace change.

Britain is fast becoming the legal centre of the world not by accident, but by merit.

Last year the legal services sector generated 2% of our GDP.

For criminal justice, there have been major reforms over the last 10 years – better to balance the system towards victims, witnesses, and law-abiding citizens, to face the criminal with the fact that there’s only one person responsible for their criminal behaviour – themselves.

Crime is down by a third since 1997 after doubling under the Conservatives.

The chance of being a victim of crime is lower than 25 years ago.

But that is cold comfort for those who have suffered from crime.

Too often in the past, the voice of the victim, especially of the bereaved, was not properly heard in court.

But following the recent piloting of the Victims’ Advocate Scheme, from Monday, crown prosecutors across England and Wales will be speaking up for the victims in homicide and death-by-driving cases, and we will be looking to extend this.

And so that local communities can be more involved in their courts, my department is preparing to publish regular performance information on the courts.

When people are convicted we have to ensure they are properly punished.

We have provided an additional 20,000 prison places – twice the rate of the Conservatives – and plans are in hand for a further 9,500.

We are working doubly hard to stop prisoners re-offending, to get them off drugs and into skills and a job – to stay out of trouble.

I pay tribute to our prison officers and probation officers who have this task.

Conference, enforcing the law, securing justice, is not just a matter for “them” – courts, prisons, probation service, police; but for all of us.

How each of us reacts if we encounter a burglar or a street robber has to be a matter of individual discretion – and there’s a critical line between responsibility and recklessness.

I know from personal experience that you have all of a millisecond to make the judgement about whether to intervene.

In such a situation, the law on self-defence works much better than most people think, but not as well as it could or should.

The justice system must not only stand up, but be seen to be standing up for people if they do the right thing as good citizens.

So I intend urgently to review the balance of the law to ensure that those who seek to protect themselves, their loved ones, their homes and other citizens, know that the law really is on their side – that we back those who do their duty.

It is from our mutual obligations that the rights we have must flow.

That was well understood by those who inspired and drafted the European Convention on Human Rights. They were British lawyers -senior Conservatives, as it happens.

That was also well understood by the first MPs who called for the European Convention to be brought into British law. Again, they were senior Conservatives.

The Convention, the Human Rights Act, set out values which are British above all.

Only today’s Conservatives, in their political confusion and intellectual meltdown, would contemplate abandoning these rights. We will not do so.

Instead, we are developing and consulting on a British Bill of Rights and Responsibilities, which will build on the Human Rights Act and which would bring out more clearly the responsibilities we owe to each other – above all to observe the law and to respect the rights of others.

This British bill and the consultation with it is part of the major programme of constitutional change which Gordon Brown announced in his first key statement to Parliament as prime minister.

This programme is about what it means to be British.

Most other countries have, through the traumas of revolution, occupation, colonisation have had to argue what it means to be a citizen.

We have escaped these traumas, but we’ve escaped the argument too, so that we have only an instinct but not an articulation of what it means to be British.

So as part of this work we will be launching a great public debate on a British Statement of Values. There’s one other thing which we are determined to do.

To end the “royal prerogative” as the main source of government powers – that ghostly, rattling presence from the divine rights of kings, which should have no place in a modern democracy.

So power over the civil service, power over treaties, and power over war and peace will be based not on Henry VIII’s or Charles I’s idea of power, but on Parliament’s and the people’s.

Conference, this programme of constitutional change is not an abstract, academic exercise – it’s got a direct practical purpose, of value to everyone in this land.

As Jacqui will be spelling out, we are determined to take immediate action to fight crime and disorder, to make our communities safe.

But we also know that the communities with the lowest crime are most likely to be the ones with the most active citizens.

And it is justice, great and small, that I am determined to deliver. 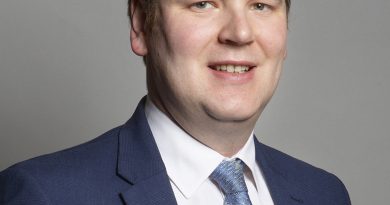 William Wragg – 2022 Speech on the Resignation of Lord Geidt