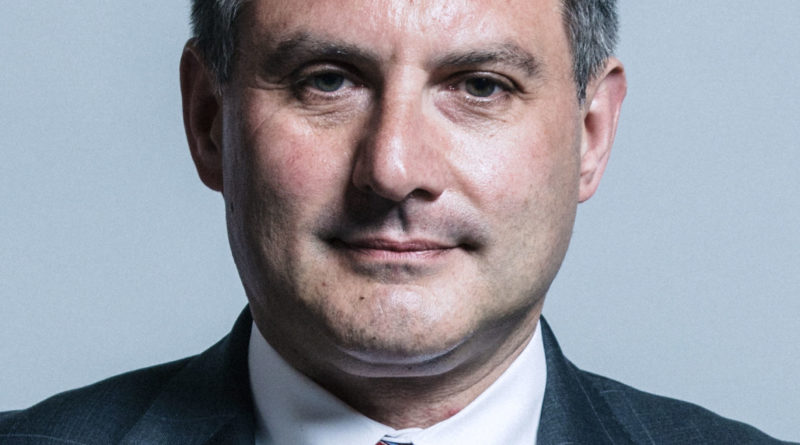 The speech made by Jack Lopresti, the Conservative MP for Filton and Bradley Stoke, in the House of Commons on 21 July 2022.

It is a privilege and an honour to speak in the first Sir David Amess summer Adjournment debate. David always exuded such joy and compassion, and it was difficult not to smile whenever you saw him. I am sure we all miss him.

I will begin by highlighting a particularly significant issue in my constituency, which I have raised many times in the Chamber: the M49 junction, which would link the motorway directly to the Severnside enterprise and distribution area. The area is home to GKN, Amazon, Tesco, Royal Mail and many other companies. When completed, the junction will not only help to bring thousands of new jobs to the area but help to reduce heavy goods traffic and pollution in small surrounding villages such as Pilning and Easter Compton.

It seems remarkable to me that the project was started without the means to complete it and connect it to the link road. There is essentially a 160 metre-long privately owned strip of land between the newly built motorway junction and the road connecting it to the distribution centre. How was £50 million of taxpayers’ money spent on a motorway junction without the land to connect it up to the link road?

Since 2019, I have had meetings with the Secretary of State for Transport, roads Ministers, South Gloucestershire Council, Highways England and the West of England Combined Authority, but we still seem no closer to getting the project completed and connecting the road to the motorway. I will continue to meet Ministers, South Gloucestershire Council and Highways England, and I will urge them all to get a grip of the situation and get the project completed as quickly as possible.

I turn to the bid for local levelling-up funding to regenerate world war one Hangar 16U, an exciting and substantial project by developer YTL located alongside the Brabazon and Charlton Hayes mixed-use developments. The restoration and reuse of that historic building will achieve the following aims. First, it will secure the restoration of a world war one hangar that contributes significantly to the unique and important heritage of the area, making the building accessible to all. Secondly, it will support the wider regeneration aims of the north fringe masterplan, which in turn will address issues of deprivation in some of the nearby communities of Patchway and Filton.

Thirdly, the project will support visitor and tourist attractions while meeting the needs of existing and newly emerging communities. Fourthly, it is in a highly accessible location by foot, cycle and public transport. Fifthly, its community focus supports community cohesion and wellbeing. Having always supported the evolving north fringe development area, I have no doubt that when it is completed, it will be a truly fantastic place to live, work, visit and be entertained. I look forward to the result of the funding bid and very much hope that Ministers will look favourably upon it.

As well as its historic links with aviation, demonstrated fantastically by the Aerospace Bristol museum and science, technology, engineering and maths learning centre—home to the last Concorde to land at Filton airfield, where the British Concordes were designed and built—my constituency in the south-west of England is at the centre of the largest aerospace cluster in Europe. There are 800 companies and 57,000 people in the south-west working in the aerospace supply chain for companies such as Airbus, Rolls-Royce, GKN and Leonardo.

The Farnborough international air show is taking place this week. Not only does it serve as a showcase for the UK’s aerospace sector, but it is a great platform for exports. The UK’s aerospace sector represents more than 110,000 jobs. In my constituency of Filton and Bradley Stoke, more than 20,000 jobs are directly dependent on the aerospace and defence sectors, with many more involved in the broader supply chain. In 2019, the aerospace sector contributed £34 billion to UK exports. It was good to see my right hon. Friend the Prime Minister supporting the air show on Monday.

This week, the Government announced £155 million of joint industry and Government funding, through the Aerospace Technology Institute, to help the industry invest in the technology of tomorrow, such as solar cells that can be used in electrically powered aircraft, low-weight electric motors, and the extra high-performance wing led by Airbus. Of course, we also look forward to increasing activity in the space sector.

Let me conclude by thanking you, Mr Deputy Speaker, and the staff who look after us here. I hope everybody manages to take some time out and get some rest, recuperation and quality time with loved ones over the summer.