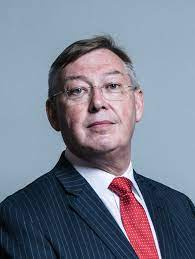 The speech made by Ian Mearns, the Labour MP for Gateshead, in the House of Commons on 21 July 2022.

That this House has considered matters to be raised before the forthcoming adjournment.

I am delighted to have the opportunity to lead the first Sir David Amess Summer Adjournment debate ahead of the summer recess. It has been and, having been recently re-elected, continues to be a great privilege to chair the Backbench Business Committee since 2015.

Like many colleagues across the House, I will pay tribute to Sir David Amess, a distinguished and respected Member who served on the Backbench Business Committee between 2012 and 2015. Those of us who worked closely with Sir David will know how passionately he felt about Back-Bench issues, and it is entirely fitting that today’s debate and future debates of this kind will carry his name. While we must not forget the tragic circumstances that led to his death, it is right that we remember his positive impact on this House and how enthusiastically he represented his constituents in both Basildon and Southend West throughout his parliamentary career. Like Sir David, I seek to represent the constituents of my hometown of Gateshead in this House and, frankly, to anyone anywhere who will listen.

Last week, it was with some dismay, but not with any great surprise, that I read research published by End Child Poverty in conjunction with the North East Child Poverty Commission. It found that 38% of children across the north-east are growing up poor. In my constituency, that rises to 42%—over four in 10 children living in poverty. The north-east is no stranger to child poverty, but we now have another unenviable award in having the highest rate of child poverty in the UK. The reasons are many, not least the stripping back of the social security safety net, which has worsened poverty across my constituency, the effective £20 cut to universal credit, the two-child cap on universal credit, and the failure to increase payments in line with inflation for much of the past decade.

The apparent attitude across Departments seems to be to spend more effort looking for reasons not to give a positive response than actually tackling vital issues. In addition, we have seen over a decade of cuts to local authority budgets. Perhaps coincidentally, some areas with the greatest deprivation, such as Gateshead, have been subjected to proportionally much greater funding reductions. My own authority in Gateshead has seen its annual budget reduced by £170 million since 2010, even before increased population, greater levels of need and inflation are taken into account. That is £170 million a year extracted from my authority’s budget since 2010.

This Government’s funding model gives vague initiative funding which councils can bid for, only to find that much of the pot wends its way to favoured areas in, I am afraid to say, a pork barrel process. Even if some of that funding finds its way to us, it does relatively little to combat more than a decade of service cuts. Cuts to adult social care, children’s social care, youth services, early intervention proposals, special educational needs and family support all contribute to the situation we now face. Many families are in crisis.

The current cost of living crisis for many households in Gateshead is just acidic icing on an already bitter cake. Many families in Gateshead have spent a decade living from one week to the next, shaving ever more from their weekly shop, depriving themselves of food so they can feed their families, and going to bed early on winter evenings to save heating their homes. That is absolutely shameful and unsustainable. The fact that over 40% of children in my constituency live in poverty is unforgivable.

Gateshead is proud of taking an active role in Government resettlement schemes for families from Syria, Afghanistan and Ukraine. These additional people are all being welcomed, but it is already a relatively poor community. While I welcome the wraparound support offered as part of those schemes, I draw the House’s attention to the hundreds of legitimate refugees from around the world outside these schemes who reside in Gateshead, many of whom are stuck in the Home Office processing backlog.

I want to raise the case of a lad called Victor—I call him a lad, but he is now over 60—who has been living in my constituency since 2006. Originally from Russia, Victor arrived in the UK after fleeing Russia and Putin due to his public criticism of the Russian regime—free speech is something we talk about so much in this House. Victor applied to the Home Office and has spent much of the last 16 years waiting for decisions. He still does not have leave to remain. Having spent much of his recent life in Gateshead, supported briefly by the Home Office and, after that, compassionately by Gateshead Council, sustaining him on just £30 a week, Victor is no further forward after 16 years.

The Home Office continues to refuse to grant him the right to stay in the UK, but at the same time recognises that Russia is not a safe place to deport him to, especially for those who are critical of the regime. It is not right that people like Victor, who come to the UK with a legitimate right to apply for asylum here, are left in limbo, not to say abject poverty, unable to work, unable to settle here and unable to build a home for fear of removal, yet left for nearly two decades in no man’s land. The recent illegal and brutal invasion of Ukraine by Putin has thrown into stark relief the systematic suppression of human rights, civil liberties and freedom of speech in Russia. The circumstances in Russia were never good, but they have changed for the worse. Let Victor stay in Gateshead.