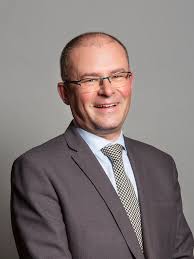 The speech made by Ian Levy, the Conservative MP for Blyth Valley, in the House of Commons on 18 July 2022.

I still remember the look on people’s faces when I first won my seat back in 2019—it was the look of hope for the future, because they had felt neglected for generations. To tell the truth, that is why I decided to stand for Parliament, represent the people of Blyth Valley and break the chains of Labour.

One of our first tasks as a Government was to deliver Brexit, which we did, and then to support the country through the pandemic, which we did with the massive vaccine roll-out, the furlough scheme and the support to businesses and individuals. Now we are supporting the people of Ukraine.

In Blyth Valley, people are starting to see the shoots of economic growth. The number of jobs set to come to the area is truly amazing, with Britishvolt, JDR Cable Systems, Merit, the Catapult, Tharsus, the offshore wind industry, the port of Blyth and Dräger, and we also have the towns fund and the future high streets fund. This is true levelling up with a Conservative Government, with an expectation of more than 10,000 jobs. Where once stood a coal-fired power station will stand a gigaplant. The 16th largest building in the world will make the batteries to power thousands of electric vehicles up and down the country.

I am very grateful to my hon. Friend for giving way, because Britishvolt has its headquarters stationed at MIRA technology park. Is not such levelling up in the midlands and the north-east under this Government exactly why we should have confidence in this Government’s agenda?

I totally agree, and we are levelling up across the country. The gigaplant will be like a phoenix rising from the ashes of neglect. Even today we can see work being carried out on the Northumberland line, which will connect Ashington to Bedlington station, Bebside, Newsham and Seaton Delaval, and will then connect to the Metro system and into Newcastle Central station.

I have every confidence in this Government. I am under no illusions about the fact that Opposition Members will say, “Well, he would. He is the first Conservative Member of Parliament for Blyth Valley”, but I know when I talk to people in the constituency that they feel there is a definite change and they have hope once again. That is why I have confidence in Her Majesty’s Government.

Claire Perry – 2017 Speech at Launch of the Clean Growth Strategy