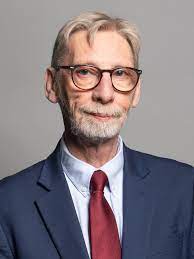 The speech made by George Howarth, the Labour MP for Knowsley, in the House of Commons on 18 July 2022.

It is a pleasure to follow the hon. Member for Dewsbury (Mark Eastwood) even though I am not quite sure what his argument really was.

Most people in this country—in fact, overwhelmingly people in this country; indeed, even in this Parliament—have no involvement in deciding who the next Prime Minister is. However, I will come back to that. It is an important issue whenever a Prime Minister is switched mid-term. At the moment, as many of my hon. Friends have said, we have a massive crisis in the national health service; we have problems with energy costs and how they will affect people’s lives; and we have problems with inflation and how it affects people’s ability to put food on the table. Those things are more important than ever, yet here we are, switching Governments with no prospect, as far as I can tell, of any realistic plan to address those problems.

I will share a quote from Janice Turner, who wrote in Saturday’s Times:

“For the third time in six years, who leads us is being decided by the tiniest sliver of society.”

She refers, of course, to the 150,000 Conservative party members. Margaret from Knowsley made a similar point. She said:

“It is like watching a criminal gang choose its leader. The rest of us have no say in the matter but have to live with the consequences daily in our lives. Except this is about our democracy and who is in charge of our country.”

I think she put it very well.

I have not got time to talk about how we could handle this situation better, but I refer those who are genuinely interested to an article by the noble and learned Lord Sumption that was in The Sunday Times eight days ago. He set out why, without a written constitution in a parliamentary system, this problem must be resolved before we get into this position again, because it threatens to undermine the stability of our democracy. 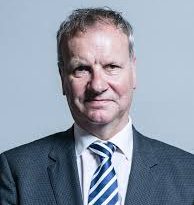