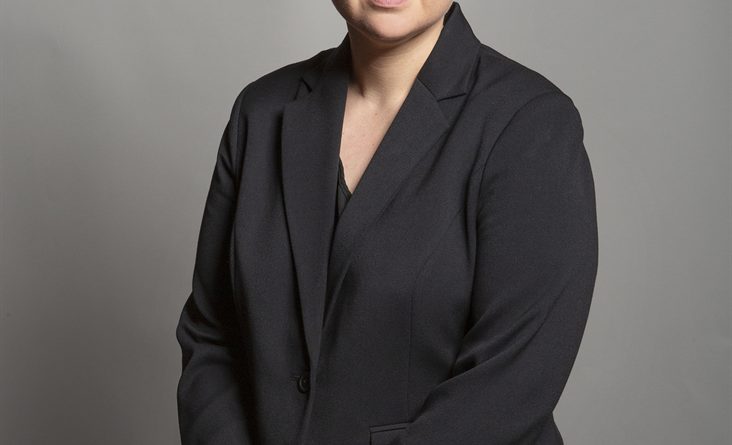 The speech made by Holly Mumby-Croft, the Conservative MP for Scunthorpe, in the House of Commons on 14 September 2021.

I am thankful for the opportunity to hold this debate and to talk about the Driver and Vehicle Standards Agency’s decision to close Scunthorpe’s theory test centre. This decision affects both my constituency and that of my constituency neighbour, my hon. Friend the Member for Brigg and Goole (Andrew Percy). We work together when issues affect our areas and we are as one on this important issue. I thank him for his work, along with the many constituents and businesses that have contacted us both over recent weeks.

Before I start, I declare an interest: like very many others, I have a family member who is about to take their theory test.

Ever since theory tests were made mandatory in 1996, we have had a test centre on Doncaster Road in Scunthorpe, near Berkeley Circle. It has served residents and supported driving instructors and driving schools in Scunthorpe for generations. The staff there have worked incredibly hard to cater for the high demand that we have seen this year in particular. I did my own theory test there almost 20 years ago.

Over the summer, the news that the test centre was closing left residents frankly none too chuffed, and I am in agreement with them. It is absolute nonsense. As my hon. Friend the Minister knows, the service is run by the DVSA, so initially we approached its chief executive. My hon. Friend the Member for Brigg and Goole and I were both told that the closure was the result of a contractual change following a review of the allocation of centres nationally. I understand that this is an effort to create a more even distribution throughout the country, which is fine in theory, but it turns out not to be that good in practice for people who live in the Scunthorpe constituency.

We were told that the decision was based on the use of sophisticated population-mapping software, and that throughout the UK people will be able to travel to theory test centres within 40 miles if they live in a rural area and within 40 minutes if they live in an urban area. I am sure the Minister will comment further on that when she responds. To put it simply, it seems to me, reading between the lines, that a computer has had a crack at working it out and come up with the idea that my constituents can go to Grimsby, Doncaster or Hull for tests. I have even heard York suggested, which is particularly crackers.

Given that we are talking about residents who are not yet able to drive themselves, travelling to places other than Scunthorpe presents obvious problems. For example, a resident travelling from Scawby would need to take a 38-minute journey on the No. 4 bus into Scunthorpe town centre, then walk for seven minutes to Scunthorpe station, take a 39-minute train journey to Grimsby Town, and then walk for nine minutes to the theory test centre. When waiting times are taken into account, it is a journey of roughly two hours and 20 minutes each way. This means that one of my constituents might have to travel for up to four hours and 40 minutes to get their test—and it takes me only three and a half hours to drive from Scunthorpe all the way to Parliament.

From Howsham to a test centre, it is two hours and 18 minutes each way by bus and train; Cleatham residents will be set back three hours altogether; from Manton, it is a two-hour-and-40-minute journey to the Doncaster test centre; and from East Butterwick, it is 80 minutes via bus and train. I think most people would agree that those are ridiculous journeys for anyone to have to make to access a theory test—and nor is it practical when residents are given limited time slots in which to take their test at a busy test centre.

My constituency is a mix of rural and urban areas and, for us, being able to pass our driving test is a necessity, not a luxury. I have been contacted about this issue by instructors, disabled residents, young people and their parents, all of whom are concerned about the financial costs and wasted time resulting from the DVSA’s decision. In particular, a constituent has raised the worries of her partner. He has certain disabilities that she says would make him unable to make the journey to a test centre further away.

Even if residents are able to travel out of the county for a test, I have experimented multiple times trying to book one. You have to queue to get on the website and it repeatedly crashes. After you finally get past that stage, unsurprisingly, there is very little availability.

By taking away our test centre, the DVSA’s decision will slow down how quickly people can pass their tests and this will limit access to labour market opportunities. Even if residents are fortunate enough to have someone to drive them to their test appointment, it is not exactly smooth sailing.

One of my constituents got in touch with me just today to share her frustration at the current situation. Her daughter unfortunately failed her first theory test in Scunthorpe earlier in the summer and had to rebook to secure an appointment in Doncaster on 1 September. Having encountered traffic and parking issues on the journey, they ended up being 10 minutes late for the appointment, despite having set off an hour early. Her daughter was turned away, wasting time, fuel and a test slot—not to mention the time off work that mum had to take. Their next appointment—the first one they could get—is booked for the middle of October in Lincoln, 60 miles away. My constituent is planning a “test run” the weekend before to ensure that there is no repeat of the previous situation.

I thank my hon. Friend for giving way and for the speech that she is giving, which highlights a growing problem. Being in the neighbouring constituency, many of my residents in Barton-Upon-Humber and the surrounding area want to use the Scunthorpe centre as it is more convenient. Does she agree that, when the Minister replies, we hope to hear the positive outcome that the Scunthorpe centre will be retained?

I wholeheartedly agree. We very much hope to have a positive outcome to this, as it is a genuine problem for residents in my constituency and in my hon. Friend’s constituency.

I cannot believe that the system developed by the DVSA has considered these common issues. Even people who can get a lift need a local, reliable option. I hope that the Minister will be sympathetic—I am sure she will be. This Government have spent tens of millions of pounds on levelling up areas such as Scunthorpe. We have secured £21 million locally in our towns fund deal and £10 million via the future high streets fund. Work has already started on a £50 million improvement to our hospital and, alongside the Humber freeport plans, we have seen huge investment over the past 18 months. I am really proud of the work that is being done with regional and national partners to secure these opportunities for residents in areas such as Scunthorpe. I am sure the Minister will agree that it is important for all residents to have the opportunity to benefit equally from the levelling up that we are seeing in those areas.

The locally elected Conservative councillors in Scunthorpe are also keen to keep this vital local facility. They have not sat around whingeing about the situation; they have put forward a really good solution. The leader of North Lincolnshire Council, Rob Waltham, stepped in and offered to provide an alternative location in Scunthorpe Central Library. When that offer was rejected, he came back with another suggestion, committing council staff to invigilate the tests.

We are doers in North Lincolnshire. If we had the computers and were given the instructions, we would do it ourselves, but, unfortunately, all these sensible suggestions have fallen on deaf ears. Every attempt that we have made to fix this situation has been unsuccessful. There has been no real justification, no meaningful engagement and no effort to understand how this will impact on people’s lives. There is a clear local need. The test centre serves 100,000 people at a time of continued and increased demand. Quite frankly, there simply is not any excuse to take our test centre away.

I have always believed in the spirit of working together with colleagues to benefit Scunthorpe. I know that, in all circumstances, Ministers such as my hon. Friend want to do all they can to help. Therefore, after a long day, I thank the Minister for her time and leave her with three clear requests. Please will she look into why all our reasonable attempts to improve the situation have been fobbed off, including North Lincolnshire Council’s offer to provide support? Please will she commit her Department to ask the DVSA urgently to review this decision, and meet me and my hon. Friend the Member for Brigg and Goole to discuss the issue? Lastly, please can she ensure that future decision making on this level will be subject to meaningful consultation and review, and take into account its real-life impact on local people?