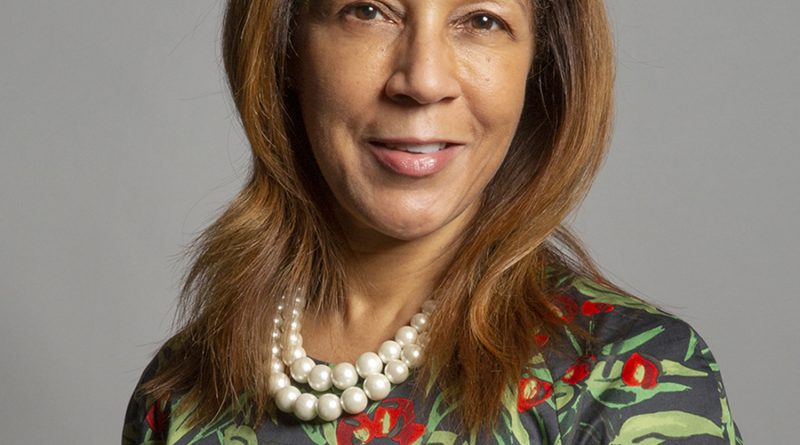 The speech made by Helen Grant, the Conservative MP for Maidstone and the Weald, in the House of Commons on 26 January 2021.

That leave be given to bring in a Bill to establish an independent football regulator in England; to make provision for that regulator to license football clubs, distribute funds within football, review English Football League club finances, and reform the governance of the Football Association; to require the regulator to take steps in connection with football supporters’ groups; and for connected purposes.

The governance of English football is broken. Our national game—the beautiful game—is in crisis. These issues are not new but have been laid bare and amplified by the covid-19 pandemic, during which, sadly, football has failed to speak with one voice. We have seen much-loved clubs go to the wall. Sadly, many more may well follow, and at the heart of this is broken governance, gross financial disparities between the rich clubs and the poor clubs, and unsustainable business models. It is staggering that the wage bills of championship clubs are equal to 110% of their revenues—just one example of the downward spiral as lower league clubs seek the financial nirvana that premier league promotion dangles. Ultimately, it is the loyal football supporters and communities up and down the country who suffer the most.

Football is different from any other sector of the economy. It is not just a business; this is our national sport. Our football clubs are societal assets at the beating hearts of towns and cities, making a huge contribution to the culture and identity of our nation. We in this place and the other place surely have a responsibility to protect them from maladministration, blinkered leadership and commercial suicide.

Football’s failing governance has been clear for many years, but again and again, football has failed to reform itself. The conflicts that have dogged the game’s integrity and financial probity have become more obvious under the current pandemic. In recent weeks, the authorities have failed to show decisive leadership on whether matches should be paused due to rising covid infections. The Football Association chairman resigned after using offensive language, showing himself to be out of touch with the modern players, the modern game and, indeed, modern Britain. We have also witnessed the tragically slow progress on addressing the link between dementia and heading footballs. For me, this demonstrates a failure that is tantamount to negligence.

Locally, too, working alongside Maidstone United in my constituency, I have witnessed the flawed distribution of emergency National Lottery funding to national league clubs. This botch, failing to account for lost gate receipts, has left many national league clubs in dire financial circumstances. These examples very sadly illustrate the fact that in England, no one is speaking for the football world with the independence and authority needed to address the big issues.

The Football Association, allegedly the governing body of the game, is outdated and out of touch. Its own governance leaves much to be desired. Frankly, it is not up to the mammoth task of driving through the reforms that football so desperately needs. Other powerful stakeholders in the game are too invested and too self-interested to bring about the changes required. Even as I speak today, the Premier League is midway through a lengthy governance review of its own, but to me that feels like students marking their own homework. Does anyone seriously expect the Premier League to make the radical and fundamental changes that are needed across the wider professional and grassroots game? I think not.

Now is the time for fundamental reform—reform that can only be achieved through the creation of an independent football regulator. That was the central recommendation of “Saving the Beautiful Game: Manifesto for Change”, a recent report co-authored by a group, of which I was part, made up of experienced individuals with a deep interest in football. Such a step would not be unique. In France, for example, lawmakers intervened to make governance of football fairer by implementing rules around club ownership and player contracts. In Spain, the lawmakers again intervened to ensure fairness in the sale of La Liga broadcasting rights, and in Germany professional clubs already operate under a tough licensing regime.

A regulator appointed under this Bill would be absolutely independent. It would be funded from within football, not by public money, and it would not require Government to run the game. It would have the power and responsibility, among other things, to do the following: distribute funds in the interests of the wider game of football, introduce a comprehensive licensing system for professional football clubs, review thoroughly the causes of financial stress in the game, bring forward reforms to modernise and strengthen the FA, work with supporters’ groups to advance the causes that really matter to them, and drive and promote diversity and inclusion—areas where football, from the coaching field to the boardroom, continues to fall well below the standards enjoyed in so many areas of modern British society.

Association football is the most popular sport in the entire world. It is played by over 250 million people in over 200 countries, and it was born in England 150 years ago. It is a huge part of community life across the length and breadth of our country, but if we want to protect and preserve that fabulous heritage for generations into the future, our football governance needs emergency surgery, and it needs that surgery now. Let us drive through the radical change required, create an independent football regulator and make governance of the beautiful game that we all know and love fit for the 21st century.

Tim Yeo – 1983 Maiden Speech in the House of Commons