The statement made by Heather Wheeler, the Parliamentary Secretary at the Cabinet Office, in the House of Commons on 11 July 2022.

The severance pay for Ministers is established in legislation that was passed by Parliament in 1991 and that has been used by successive Administrations over several decades. The Ministerial and other Pensions and Salaries Act 1991 states that where a Minister of eligible age ceases to hold office and is not reappointed to a ministerial office within three weeks, they will be entitled to a severance payment of a quarter of their ministerial annual salary. The context of this legislative provision is the reality that ministerial office can end at very short notice indeed, that reshuffles are a fundamental part of the operation of Government and, by their nature, routinely remove Ministers from office, and that, unlike in other employment contexts, there are no periods of notice, no consultations and no redundancy arrangements. Section 4 of the Act therefore makes provision for severance payments.

This is a statutory entitlement, and it has existed and been implemented for several decades, by Governments of all stripes. Severance payments were made and accepted by outgoing Labour Ministers between the Blair and Brown years, as well as during the Administration in 2007, and by Liberal Democrat Ministers during the coalition. To ensure transparency, severance payments are published in the annual reports and accounts of Government Departments. As an example of the previous operation of this provision, the data published in 2010 indicated that severance payments made to Labour Ministers in that year amounted to £1 million. Finally, let me be clear that although this is a statutory entitlement, Ministers are able to waive such payments. This is not a matter for the Government; it is an entirely discretionary matter for the individuals concerned, and this is an approach that has been taken before.

Thank you very much for granting this urgent question, Mr Speaker. I welcome the fact that there is a Minister to respond. In the middle of a cost of living crisis, and with families struggling to make ends meet and get to the end of each month, the British public will be rightly watching this distracted Government with disgust. They are too busy infighting to provide real solutions, and to add insult to injury, thousands of pounds of people’s hard-earned taxes will be handed out to former Ministers. By my reckoning, £250,000 of severance pay will be given to Ministers who have not been reinstated. Five former Secretaries of State will receive more that £16,000 each, including the former Secretary of State for Education, who was in post for 36 hours and is due to receive close to the annual starting salary for a teaching assistant.

This unprecedented wave of resignations and the avalanche of abdications make this a unique case. The vast majority were not sackings or forced resignations. The departures were caused entirely by a discredited Prime Minister clinging to office and a Conservative party unwilling to deal with it. Now our constituents are forced to foot the bill, paying for this Government’s chaos yet again. So I ask the Minister: what is the exact cost of these resignations to the taxpayer? Have any payments already been made to former Ministers? If so, how much and to whom? Will Ministers receive the severance in a one-off payment to their bank account? How do these payments represent good value for money to the public, and what arrangements are there to ensure that they can be waived, as she identified, and returned to the Treasury? Former Ministers need to look themselves in the mirror and decide if their constituents would wish them to accept this payment, and this whole Government must tell us if they can really defend this use of our money.

As I said earlier, and to answer the hon. Lady’s question, at this point no Ministers who resigned are entitled to receive a severance payment. We have a three-week window.

Does my hon. Friend agree that it is disingenuous of the Opposition to reference my alleged severance pay, as I made it clear almost immediately after resigning that I would not be taking such money?

Indeed, and I thank my right hon. Friend for confirming that she has already talked to the permanent secretary of the Cabinet Office and that she will not be receiving the payment. 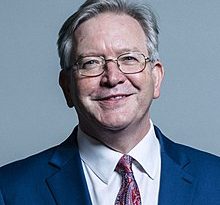