Below is the text of the speech made by Harriet Harman, the Deputy Leader of the Labour Party, to the Oxford Media Convention on 25th January 2012.

I’m very pleased to be here today – meeting up with those of you I haven’t met before and with many of you who I have known for years – but in my new capacity as Shadow Culture Secretary.

At the age of 61 it’s exciting to be part of Ed Miliband’s new generation. Not so much the face book generation as the face lift generation.

We meet in historic times:

And all of this against the backdrop of astonishing developments in technology.

One of the things that we are most proud of from our time in government is the support we gave to culture, the creative industries and sport.

From free entry to museums and galleries, to boosting the film industry with tax credits, to winning the Olympics.

If our politics is to reflect the aspirations and concerns of young people, then culture, media and sport must be at its heart. In my constituency of Camberwell and Peckham – as everywhere else – it is impossible to overstate how central culture, media and sport is in the lives of young people. They are all consumers – and great many of them want their future to be working in your industries.

You, in the creative industries have punched above your weight economically and as well as being the centre of our cultural agenda you must be at the heart of our education, economic and business agenda.

That is why the DCMS must never be seen as the ministry of fun. It is fun – but it’s bread as well as roses. DCMS policy must not stand alone but must be completely integrated with Education, Business and the Treasury.

I am determined to do that and next month, I’ve brought together a summit with our shadow chancellor, Ed Balls, our Shadow Business Secretary, Chuka Umunna, and our Shadow Schools Secretary, Stephen Twigg.

We want to work with you to develop a comprehensive plan for jobs and growth in the creative industries – and knowing Ed Balls it’s bound to end up being a 5 point plan.

We will be looking at a number of areas that many of you have raised including:

– Making sure that the next generation have the right education and skills – to foster the designers, the technicians, and the animator of the future

– Protection against copyright theft and getting the correct balance for intellectual property rights.

Britain creates some of the best and most sought after content in the world. We’re the world leader in exporting television formats, the second biggest exporter of music and our video games industry is one of the largest in Europe. These industries bring great pleasure to millions of people here in the UK but they are also an engine for jobs and growth across the economy. That’s what we were trying to support with our Digital Economy Act. It is vital that new business models are allowed to flourish as technology advances but we must also support the creators and owners of copyright to have a right for their work not to be stolen. The irony is that many of the kids who are downloading free music want to make a living out of creating too. We need to protect their right to a future in the industry. It’s tough for young people entering the industry today. The force of the internet ripping through age-old business models mean many industries are still searching for new ways to generate revenue.

That’s four points – the fifth one is still up for grabs.

What has been well reflected throughout today’s debates is that there are huge issues across the landscape – from newspapers to broadcasters. And we’ve heard today from BBC Chair – Chris Patten.

It’s impossible to describe – without sounding gushing – the centrality of the BBC in the life of this country. We think we bring up our own children – but Auntie is there alongside us as we do it. The BBC news is most trusted not just here – but around the world. The sheer scale of the BBC – the world’s biggest broadcasting organisation – means that it is able to be – and is – a massive centre of gravity for our creative industries. Under its wings, there flourish an eco-system of trainees and independent production companies. The BBC doesn’t belong to the Government of the day. And when we were in Government we were not always the best of friends. But the BBC doesn’t belong to the Government of the day, it belongs to the people which is why they trust it more than any Government and why my approach as shadow secretary of state is to be an ardent and outspoken supporter of the BBC.

Many who usually come to this conference aren’t here today because they’re in the High Court – at the Leveson Enquiry.

The phone hacking scandal went to the heart of the politics, police and the press and one thing is clear – things will have to change.

Though there was nothing new about public figures complaining about the press, what changed things and where public anger erupted was that it was not just celebrities – the rich and powerful who had been targeted – but ordinary people who had suffered terrible tragedy.

It was because of the revelations about what had been done to the Dowler family that Ed Miliband spoke out against News International and called for a judge-led inquiry. He was right to do that – it was brave – and it led to the Government setting up the Leveson Inquiry.

Leveson has been a painful process as everything has been played out in public. However it has been powerful and cathartic and it should leave no-one in any doubt that it cannot be business as usual.

There is much heat and justifiable emotion in the demand for change. But there is an important need too, for the response from politicians and the press to be balanced.

It’s fair to say that over 30 years in parliament, I’ve don’t ever remember being described as a “darling of the press”. Harriet Harperson – Hapless Hattie – “she who hates men” – and those are some of the nicer things that have been said.

So it might come as a surprise to some that I am standing up for press freedom.

But I have spent enough time in Opposition to dread the thought of the Government interfering in the press.

And I’ve spent enough time in government to recognise that government power is dangerous if not held to account by the press.

And, indeed, at the start of my professional life, I fought the cause of press freedom – at Liberty. And because of my work there holding the government to account – I was prosecuted for contempt by the then Attorney General who launched a prosecution against me in what became the landmark case of Home Office v Harman.

In my new role as Shadow Culture Secretary, I want to be very clear Labour’s starting point will be a commitment to defend the freedom of the free press.

Because the press are now in the dock, it looks like special pleading from a vested interest when they make the case for press freedom.

So that’s why its all the more important that politicians must insist on the freedom of the press.

But the press must acknowledge the outrage that was felt by people all round the country. And editors must understand that the status quo is not an option. It will just not be good enough to let the dust settle and then go back to business as usual.

There now needs to be a thoughtful, clear-eyed sober debate that focuses on shaping the future for the British press

There appears to be an emerging consensus around some key principles. That a new system must be:

– Independent – independent of political interference but also independent of serving editors. There needs to be advice and expertise – we can’t have people marking their own homework.

– It must be citizen centric – it must be accessible and straightforward for people. Seeking redress should not work just for the rich and powerful.

– It must apply to all newspapers – there can be no opting out.

These are all clearly sensible principles but we need to see how they could be made to work. And the key question is who is in the best position to do that.

Instead of doing things the usual way – Government and Opposition each coming up with our own proposals and then Leveson coming forward with his – I propose something different.

I think it would help Leveson if newspaper editors got together and came forward with a solution and I challenge them to do that. We have had a good airing of concerns and scoping of the issues but it is time for editors to lay their cards on the table and come up with a solution that guarantee these principles. It cannot just be rhetoric. I would like to see them frame the solution rather than have one imposed upon them

And with regards to the Press Complaints Commission. I know there are attempts to revive it. But I feel strongly that we’ve gone beyond that and it is time for a fresh start.

On the question of media power and cross media ownership, it is important that we have plurality in our media because it allows for competition and prevents obstacles to new entrants in the market which is bad for the consumer.

This is what the plurality framework is for.

But, by the end of the fiasco around the Murdoch/BSkyB takeover bid, it was clear to everyone that change is needed:

– To make sure that, even without an “event” such as a takeover bid, there is the power to stop a monopoly developing

In the end, our plurality laws were intended to ensure that no one person gained unwelcome control over our media and accumulated too much power in our public affairs. In July, Parliament, at the instigation of a small number of MPs, and backed by Ed Miliband and others returned to this original intent. We must now complete that work and Ofcom and the Culture, Media and Sport select committee will have an important role in leading the debate on this.

Finally, can I turn to the press and the police? The police are prohibited from taking money from the press for stories – and the press are not allowed to pay them. But clearly that has been happening and no doubt Leveson will bring forward proposals to address that. We have to be sure that the police investigate without fear or favour.

We, in Labour, embrace the cultural vitality of our media sector. The richness it provides our nation and the opportunities it offers our people. And its appeal to modernity.

A vibrant and flourishing creative and cultural life is a symbol a of modern, progressive society. From Harold Wilson’s “white hot heat of the technological revolution” to, dare I say it, Tony Blair’s “Cool Britannia”, we’ve striven to champion an advanced media sector.

It’s a real privilege to be holding the responsibility of this brief at such an important moment, and I look forward to working with you. 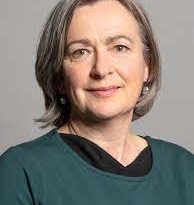