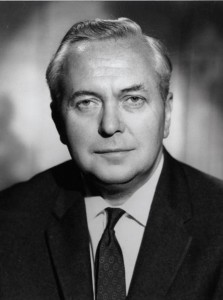 Below is the text of the maiden speech made in the House of Commons by Harold Wilson on 9th October 1945.

I am not sure whether in making a maiden speech from what is, I think, an unusual part of the House one is entitled to ask for its indulgence. Probably I am not entitled to ask for it, though on this occasion I feel the need for it even more than many of my colleagues who were elected to Parliament for the first time in the recent Election. They, at least, have spoken with great authority on the subjects which they have chosen and, although I find myself speaking from a part of the House where one is expected to speak with authority — though I am told this has not always been the case — I am called on to deal with a subject which even veteran Members of this House would enter upon only with very great trepidation — the important question of the amenities and facilities provided for private Members of this House.

May I say that, speaking as one of the new young Members to whom my hon. Friend referred, I share, as we all do, their desire to see Parliament work as efficiently as it is possible for it to work. My hon. Friend raised a number of points with some of which I am not competent to deal. For instance, he raised the question of the Treasury for which I am, perhaps fortunately, not answerable. He raised also the question of postage which I know is inflicting very serious concern on a number of hon. Members, and I will undertake to see that what he said is brought to the notice of the authorities concerned. I think that all I can properly reply to is this question of the allocation of rooms for which the Ministry of Works is partly responsible, and also the subject he mentioned at the beginning, namely, the provision of accommodation in London for Members who have, so far, had difficulty in finding it.

With regard to the amenities of Members within this House, the Government and all the authorities concerned are trying to do everything possible to improve them so that Members can do their job as efficiently as possible. I know how important this is in the matter of facilities for dictating letters and interviewing the general public. Members who have had greater experience than I have told me that in the past few weeks the amount of correspondence they have received has been very much greater than they can remember in the past. Certainly, those Members who have had an opportunity, during the recent Recess, of refreshing themselves by visiting their constituencies, or living in them, can testify to the desire of the public, greater than ever before, to see their Member of Parliament and discuss with him questions of private or public importance. I believe that the confidence of the public in Parliament as an institution, and in Members as individuals; is perhaps greater now than at any time in the past.

The Government are most desirous that all possible facilities shall be given for adequate meetings, and for free and frank discussion between Members and the public. My hon. Friend referred to facilities which have been provided in other parts of the world. I, too, have seen the lavish scale on which Congressmen and Senators in the United States for instance, can entertain members of the public. As the House will know, provision is being made, when the Chamber is rebuilt, for additional amenities for Members, particularly for interviewing and the dictation of letters. In order that those who are charged with the duty of building the new Chamber shall be kept informed of what is required, I am asked by my right hon. Friend to say that it is his intention to carry out the proposal made by his predecessor to appoint a panel of private 188 Members to advise him on any questions of lay-out which may arise in the course of that work.

Keir Starmer – 2021 Comments on the Personal Conduct of Boris Johnson