Below is the text of the speech made by Greg Clark, the Secretary of State for Communities and Local Government, at the Guildhall in London on 27 January 2016.

It is an honour to be speaking here this evening, on this most sombre and important of days.

It’s not only my privilege to represent Her Majesty’s government.

The government wishes, of course, to pay its respects to those whom we honour this evening, such as the 10 British prisoners of war who saved Hannah Sarah Rigler from the Danzig death march.

Hiding her, feeding her, nursing her back to health.

But it is also my privilege and responsibility to speak as a citizen, husband and father, one who wants his children to grow to maturity in a peaceful, tolerant and supportive society, free from the blight of sectional hatred.

This duty to speak up is one borne by each of us.

It’s not just that bystanders look away; it’s that they choose to look away. The soil of hatred is fertilised by indifference to wickedness.

That starts with tolerating small acts of hatred, such as casual stereotyping; only if “everyday evil” remains unchecked can wickedness take root, and grow, into the acts which blight humanity.

William Wilberforce urged Parliament towards the abolition of slavery by saying:

“You may choose to look the other way but you can never say again that you did not know”.

On Holocaust Memorial Day, on behalf of the government – and myself – I commit never to choose to look away.

We must all recognise hatred, and challenge it; wherever and whenever we see it. 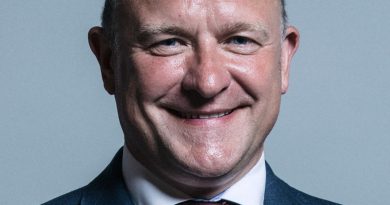