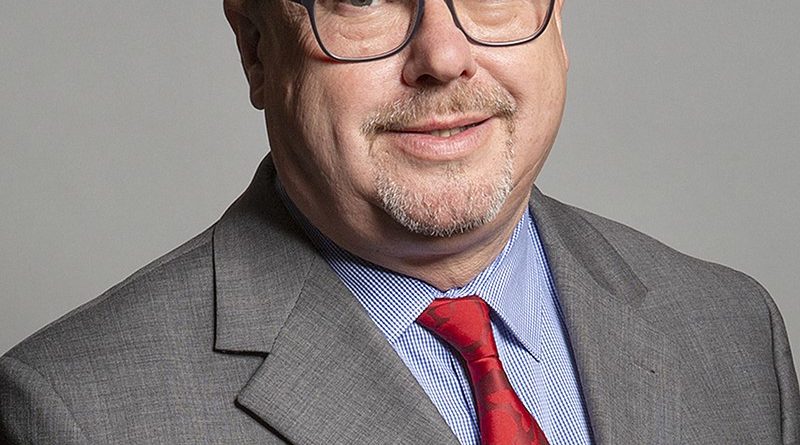 The speech made by Grahame Morris, the Labour MP for Easington, in the House of Commons on 11 July 2022.

I, too, would like to draw Members’ attention to my entry in the Register of Members’ Financial Interests. I want to acknowledge the excellent contribution of the right hon. Member for Elmet and Rothwell (Alec Shelbrooke) and congratulate him on the conclusion he has arrived at. I am a proud trade unionist. I have worked ever since I left school, for 43 years, and I have always been a member of the appropriate trade union. I am involved with numerous parliamentary groups and trade union groups related to the justice unions, the Public and Commercial Services Union, the National Union of Journalists and the RMT. [Hon. Members: “Hear, hear.”] Thank you. I am also a member of Unite and have the honour of chairing its parliamentary group.

I suspect we are here because the Government have engineered strikes in the rail industry that could have been avoided. Sadly, the country was brought to a standstill, which was completely avoidable. The right hon. Member for Welwyn Hatfield (Grant Shapps), who wants to be Prime Minister, is the culprit; he is the roadblock to successful negotiations between rail operators and the trade unions. My advice is: lift the restrictions on the rail operators, let them negotiate fairly and freely, and a settlement can be secured.

I suspect the Government wanted strikes, however. First it was to distract from some of the shenanigans in Downing Street, and now they want to pitch worker against worker to cover for some of the economic failures of another prospective Prime Minister, the right hon. Member for Richmond (Yorks) (Rishi Sunak). The Government want to break strikes and force working people who are organised in trade unions to accept job losses, worse pay, worse pensions, and worse terms and conditions.

Enough is enough. People who work for a living refuse to be poor. It is not too long ago that Conservative Members were applauding public sector workers for their selfless contribution. Many in the transport sector and the national health service gave their lives to provide services and protect us during the pandemic, but memories seem to be short. So we will be organising, and I am firmly of the belief that we should not accept real-terms cuts in wages, whether in the private sector or the public sector.

Make no mistake: these statutory instruments come off the back of the recent RMT rail strikes, and the Government aim to sow political division. My colleagues on the Front Bench mentioned that employers and industry figures, including the Recruitment and Employment Confederation, oppose these changes. Let me just say for the record that the trade union co-ordinating group, a coalition of 11 national unions, not all of which are affiliated to the Labour party, has published a statement calling these proposals

“a shameless ideological assault on the millions of trade union members…in this country who are already suffering from the cost-of-living crisis.”

The Government’s plan is unworkable, but these SIs have not been designed to be workable. They have been designed to undermine strikes, irrespective of the damage they will do to working people, to their living standards, and to the economy and businesses in the meantime. The Government want untrained agency staff to take over safety-critical infrastructure as a means of breaking strikes. The public must be warned that if the Government cut corners to break strikes, safety standards will be compromised. The Minister said in her opening remarks—although she would not take my intervention—that this would not affect the safety of the public, but not too many months ago we saw P&O Ferries replace over 900 seafarers with agency crew, leading to the most appalling safety failures. Inexperienced seafarers who replaced experienced crews were involved in 31 separate incidents, including safety-critical failures such as not being able to operate lifeboats safely. In fact, one ferry was left adrift in the Irish sea after engine failure—

Order. The hon. Gentleman was speaking with such authority that I did not notice he had exceeded his four minutes. I am afraid I will have to stop him there. I call Craig Mackinlay.

Christian Matheson – 2022 Speech on the Future of the UK