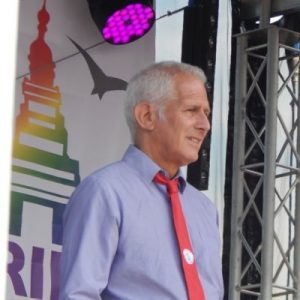 Below is the text of the speech made by Gordon Marsden, the Labour MP for Blackpool South, in the House of Commons on 8 July 2019.

I thank the Minister for giving me advance sight of his statement following on from the media coverage today.

Last year, the Secretary of State made a speech at Battersea power station, which foreshadowed the Government’s announcement of this review today. Since 2010, Labour has said repeatedly that vocational and technical education must be put on an equal footing with academic routes to get the high-skilled workforce that we need. That imperative, given Brexit, has now accelerated, so we welcome the Government’s statement, but while we welcome the words, a lot of the details are still lacking. Will this be an entirely new suite of qualifications, or a rebadging of existing ones? Will the Minister confirm whether the Government are unveiling a plan to rebrand the existing qualifications rather than actually delivering meaningful policy change, and where do degree apprenticeships fit in with this?

The Department’s own policy paper acknowledges that Britain’s departure from the EU and the end of free movement may also accelerate demands for higher technical skills, so does the Minister agree that the reckless no-deal policies advocated by both candidates for his party’s leadership would damage our economy and create even greater skill shortages? Julian Gravatt, deputy chief executive of the Association of Colleges, has said that

“we’re nervous that the focus on reforming qualifications … could divert attention from the post-18 review recommendations”,​

which Mark Dawe at the Association of Employment and Learning Providers has echoed. Can the Minister tell the sector which of these recommendations his Department will implement?

All year, Members from across the House have been telling the Department that FE funding has fallen to critical levels. The Institute for Fiscal Studies found it was £3 billion down in real terms between 2010 and 2017-18. Will the Minister commit urgently to a funding uplift to ensure those world-class colleges and providers can produce the skilled workforce we need? Is the Department proposing a national approval of qualifications, and will those qualifications be given additional funding?

The Minister talks about the role of the Institute for Apprenticeships and Technical Education and of the Office for Students in his consultation, but with resources already stretched and concerns from the sector about delays in standard approvals and registration, how does the Minister envisage the IfA taking on this extra responsibility? What additional resources will be allocated to it? Will the IfA or the OfS be in the driving seat on delivery?

The Minister said that improving information, advice and guidance would be crucial to deliver the skills base we need, but how does the Department intend to do this with no extra resources available? This morning, the Secretary of State told The Guardian that he would be happy for his own son, aged nine, to take one of the new HTQs. Is it therefore not imperative that we start looking at and talking about information, advice and guidance in schools at a much earlier age—at just that sort of age—to spark inspiration and aspiration in technical careers?

What will be the status of the qualifications getting swept up in these changes? Will the Department ensure that qualifications are not just future-proofed but back-proofed? I ask because the Department tells us that mature students make up the majority of current higher technical students, and in 2015 over half of all HT students were studying on a part-time basis. Can we be clear that these qualifications will not be junked by the Government and employers if they have to retrain?

The Labour party has been developing our national education service and lifelong learning commission with the principle of progression at the heart of skills policy. To do that, we must have a proper feeder process for social mobility and social justice. This comes substantially through level 2 apprenticeships, but we have seen a 21% drop in them recently. How will the Department address that and get people to these higher-level qualifications? The Secretary of State says that students will move on from T-levels to a higher technical qualification, but can the Minister or the Secretary of State, who have failed so far to outline how students will transition from GCSEs to T-levels, tell us how students will move on from T-levels to HTQs?

A review of these qualifications is welcome but, given existing take-up failure with advanced learner loans, there is no guarantee it will be a game changer. How will the Government make it possible for institutions to get the staff they need to deliver more level 4 and level 5 qualifications? If T-levels are going to be a feeder into them, who is going to teach them: existing FE, school, college or training staff, recent providers, or perhaps graduates doing crash courses in T-level teaching?​

This announcement will require a big infusion of money beyond the existing £500 million by 2022 and a whole new approach to prioritising continuous professional development for FE staff, which the Government have consistently ignored, will be needed. The Department’s policy paper says that providers struggle to recruit and retain staff, so when will the Department address the fact that FE lecturers and other staff have seen their pay fall by thousands of pounds a year in real terms since 2010 and are still being paid thousands of pounds less than their colleagues teaching in schools?