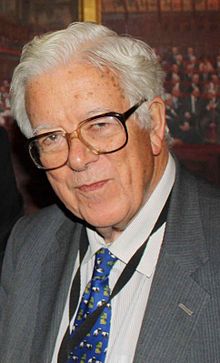 Below is the text of the resignation letter from the Cabinet written by Geoffrey Howe on 1 November 1990.

I am writing to explain some of the reasons for my decision to resign from the Government.

I do so with very great regret. Almost sixteen years have passed since you asked me to serve as Shadow Chancellor. Since then we have done so much together, against the odds, to rebuild the economic and political strength of our nation. Your own strong leadership has been of crucial importance in making this possible. It has been a privilege and an honour for me to have contributed to that success.

Our work has been based on common values and shared beliefs—for economic and personal freedom, for a responsible society and for greater British influence in the world. Although our principles have been sorely tested by opponents of the Government at different times over the last eleven years, I have always tried as best as I can to uphold and advance those principles in a way that united our Party and served the best interests of Britain.

It gives me all the more sadness, therefore, to acknowledge the growing difference which has emerged between us on the increasingly important issue of Britain’s role in Europe.

As much as you, I have wanted to make the most of Britain’s influence in the world, to deploy Britain’s sovereignty to the best advantage of our people. Ever since our original application to join the European Community in 1962, that has clearly involved Britain’s firm, practical commitment to the historic process of closer European partnership.

I was proud to have steered Britain’s membership through the House of Commons in 1971, and prouder still to play my part promoting Britain’s national interest in Europe, first as your chancellor of the Exchequer, and then as your Foreign Secretary, for ten hard and rewarding years.

My vision of Europe has always been practical and hard-headed. I am not a Euro-idealist or federalist. My concern is less with grand schemes than with immediate realities, as they affect our well being and prospects as a nation. Like you, I have fought too many European battles in a minority of one, to harbour any illusions on that score.

Our conduct of policy on the crucial monetary issue in Europe—first on ERM and now on EMU—has given me increasing grounds for concern. We did not find it easy, in the run-up to last year’s Madrid Summit, to establish the conditions for the UK’s entry into the ERM. I felt at that time that my continued membership of your Cabinet could help maintain a united approach on this issue.

Now that we are finally inside the ERM, we have a great opportunity at last to shape Europe’s monetary arrangements in the years ahead. We can only do that by being and staying firmly on the inside track.

We must be at the centre of the European partnership, playing the sort of leading and constructive rôle which commands respect. We need to be able to persuade friends as well as challenge opponents, and to win arguments before positions become entrenched.

The risks of being left behind on EMU are severe. All too much of our energy during the last decade has been devoted to correcting the consequences of our late start in Europe.

It would be a tragedy, not just for our financial institutions and our industrial strength, but also for the aspirations of a younger generation, if we were to risk making the same mistake again, by trying to draw an arbitrary line under our engagement in the European process.

I am deeply anxious that the mood you have struck—most notably in Rome last weekend and in the House of Commons this Tuesday—will make it more difficult for Britain to hold and retain a position of influence in this vital debate.

Of course, there are still huge questions to be considered and resolved in this discussion. None of us wants the imposition of a single currency, but more than one form of EMU is possible. The important thing is not to rule in or out any one particular solution absolutely. We should be in the business, not of isolating ourselves unduly, but of offering positive alternatives that can enable us to be seriously engaged.

Cabinet government is all about trying to persuade one another from within. So too, within the unique partnership of nations that is making the European Community. Plain speaking certainly—but matched always by mutual respect and restraint in pursuit of a common cause.

The need to find and maintain common ground on the European issue within our own party will be crucial to our electoral success and the future of the nation. In all honesty I now find myself unable to share your view of the right approach to this question. On that basis, I do not believe that I can any longer serve with honour as a member of your Government.

I am, of course, very sad that our long years of service together should have to end in this way. The close of this Session of Parliament seems an appropriate moment for me to leave. It has been a great privilege to serve under your leadership at a time when we have been able to change Britain’s future so much for the better. I shall, of course, maintain my support for your Government in following policies to that end.