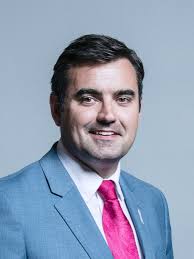 The speech made by Gavin Newlands, the SNP MP for Paisley and Renfrewshire North, in the House of Commons on 4 November 2020.

That leave be given to bring in a Bill to prohibit employers dismissing employees and subsequently re-employing them for the purpose of diminishing the terms and conditions of employment; and for connected purposes.

Since I introduced the Employment (Dismissal and Re-employment) Bill in its first incarnation in June, I have been taken aback by the level of support for the measure. The messages I have received from people across the country asking how they can help and support the progress of my Bill have been touching and gratifying. I thank the great many colleagues from all parts of the House who have been supportive since the outset. That is perhaps evidenced by the fact that every political party that has elected Members in this place is represented in the list of sponsors of the Bill. I should add that without the help of Public Bill Office staff, I would have no Bill to speak to today, and I offer them my thanks for their help with getting it this far.

Tens of thousands of workers have been forced to the edge of a cliff by employers who have suddenly discovered the value of ignoring loyalty. Some 30,000 British Airways employees were told to suck up huge wage cuts and slashed conditions or join the dole queue. For some, this meant a cut in take-home pay of 60%-plus. They were told that they were the lucky ones. More than 10,000 of their colleagues have joined that queue.

Like many of my colleagues on the Transport Committee, I have received hundreds of emails from BA employees who have been subjected to such tactics. Those emails tell individual stories of fear, worry, anxiety, disappointment, anger and resignation, but they also paint a picture of a corporation intent on badness from the start. Workers who had decades of service with BA received emails just before midnight advising them to sign on the dotted line or face the sack. Employees who had recently returned from leave for ill health were told that their annual leave would be slashed, or they would face the sack. People were told that their wages would be slashed and they had no option but to accept, or face the sack. This is not how a modern, civilised country manages its labour market. These are the tactics and behaviour of characters from a Dickens novel, and the behaviour of these companies is like yet another remnant of the 19th century.

No one argues that the economic crisis that the world faces means that businesses do not have tough decisions to make; of course they do. The impact of covid-19 on commerce and industry will not disappear as soon as we have tackled the virus and normality begins to return. The after-effects will be long-lasting and damaging, but that does not give employers the right to behave like absentee lairds, returning to their assets only to inflict yet more damage on people they appear to hold in contempt.

We should expect—and, given their various answers and statements on the matter, the Government fervently hoped—that these companies might self-police their ​behaviour. Most other employers are able to treat their staff fairly, with decency and respect, but it is clear that we cannot rely on rogue bosses to show that same decency and fairness voluntarily. That is where the state, this Parliament and the UK Government must step in to guarantee fairness for every worker in the UK, as Governments around Europe have done in the past.

It is one of the sad ironies of the British Airways situation that in the other two countries where its parent company, International Airlines Group, operates—Ireland and Spain—fire and rehire tactics are banned. IAG could not tell its Aer Lingus subsidiary to copy and paste from the playbook of Willie Walsh and Alex Cruz, because the Irish Dáil took a decision to extend protections to workers in Ireland. Ireland’s economy is better placed, better structured and better regulated than that of the UK. It is time for the UK Government to learn lessons from our nearest neighbour and follow its lead.

The Government can, in the words of the Prime Minister himself, put their “arms around” millions of workers across these isles with one very simple action: put aside Government time for my Bill. Get it into Committee, where we can debate how best to offer workers more protection from rogue bosses, and encourage those who are yet to be convinced to back this measure. My Bill would simply amend the Employment Rights Act 1996 and equip workers with the tools to protect their living standards virtually overnight. It would put our labour market on a level playing field with those of our European friends and allies, and, crucially, it would put our workers on a level playing field with workers in the rest of Europe. It would put our businesses on notice that the Victorian era is fit for the history books, not a guide to human resources.

As I said to the Minister when we met to discuss the merits and content of my Bill, I am not precious about it being my Bill—this Bill—that makes the changes required. If the UK Government and the Department for Business, Energy and Industrial Strategy come up with their own plan that achieves the same ends, I will wholeheartedly welcome it. I know that hon. Members on this side of the House would do the same, and that a great many of the Minister’s concerned colleagues, who have spoken to him about the issue, would also appreciate action.

Workers do not care whose name is on the Bill. They care that their interests are being protected and that their jobs are not being used as pawns in a war in which the only winners are the likes of Willie Walsh and well-upholstered shareholders. The Minister said that although he and the Government could not support the Bill at this time, he remained open to looking at the issue and further protections. I hope to continue the dialogue.

My Bill would make a simple amendment to the Employment Rights Act 1996 to add the re-employment of a worker on less favourable terms and conditions to the definition of unfair dismissal. That would allow employees to use the existing employment tribunal system to enforce their rights if required, and would mean that employers could no longer act with impunity. Amending the Act in that way would allow employees targeted for fire and rehire to take cases against unscrupulous employers and, where appropriate, secure reinstatement and compensation. In short, the Bill creates no extra bureaucracy, no extra administration and no extra ​complexity, but creates a necessary protection for workers that employers will be forced to respect or face judicial proceedings.

I am grateful for the opportunity to lay out the case for action in that area. I look forward to the Labour Party re-tabling an Opposition day motion on it to allow us to have a real discussion and debate on the finer points. I also look forward to one or two Conservative Members potentially attempting to justify the actions of rogue employers such as Willie Walsh and Alex Cruz. Their actions were and are utterly shameful and immoral and should be illegal. After wrecking thousands of lives, they have both skipped off into the sunset. Mr Walsh took an £800,000 bonus pay-off having thrown more than 10,000 loyal staff on the dole in the middle of the biggest economic crisis since the war and effectively rehired 30,000 more on reduced terms and conditions.

BA would say that fire and rehire has been taken off the table. Indeed, the outgoing chief exec told the Transport Committee a few weeks ago that that was the case, but there are two problems with that. First, a lot of the damage to thousands of lives has already been done. BA threatened the workforce with taking an effective pay-cut of 40%, 50% or 60% or taking redundancy, then followed through with the process of accepting voluntary requests, selecting who was successful in getting their old but less well-paid jobs back and making thousands more compulsorily redundant. Only then did it take fire and rehire off the table. That is callous and fools absolutely no one.

Secondly, it seems that employees under the BA/IAG umbrella still face being fired and rehired at the turn of the year. When Alex Cruz confirmed to the Committee that it had been taken off the table, he was being at best disingenuous and at worst misleading. I should say that there is a new management team in place at BA. I wish them well in fixing the mess and trying to repair the broken relationship with the workforce. They need a lot of luck.

It is not just British Airways. We said that its practice would be swiftly followed by others if the Government refused to follow the Prime Minister’s warm words with action, and so it has proven. Fellow blue-chip company, Centrica British Gas, has made the same fire and rehire threats to more than 20,000 of its employees, although it has not served notice on anyone at this point. Ground handler Menzies Aviation has also followed a similar path, despite assuring me personally that it would absolutely not be taking that approach. Many other companies across the UK, including Heathrow, have followed in British Airways’ dark and ever-growing shadow.

Trade unions across the board, including Unite, GMB, Unison and Prospect; thousands of betrayed BA and Centrica workers; thousands more who feel that they ​will be next; and crucially, I believe, a natural majority in this House are all demanding action from the Government. They should act sooner rather than later, back our constituents and give them the support and protection they deserve, not just in the short term during the pandemic and its economic impact, but in the long term as we collectively build the economic recovery that we all need and hope for. But that recovery will be a hollow one if the Government leave workers in the same position they were in previously, at the mercy of corporations that treat the lack of regulation over their actions as a green light to mistreat and bully their employees.

Theresa May – 2017 Address to Troops at RAF Akrotiri