Below is the text of the speech made by Frances O’Grady against blacklisting on 20th November 2013.

I am proud to bring greetings and solidarity from the TUC.

Proud to be part of this historic Day of Action.

And proud to demand justice for thousands of blacklisted workers.

Today we are joining together to speak with one voice.

And from Westminster to Cardiff to Edinburgh ­we are speaking up for the thousands of ordinary men and women whose lives have been devastated by this disgusting practice.

Denied the fundamental human right to work, to provide for their families, to enjoy any kind of standard of living.

Penalising workers for their union activities or raising health and safety concerns has no place in any democratic or civilised society.

We need action to stamp out the scourge of blacklisting – and we need it now.

Brothers and sisters, this terrible practice has disfigured too many of our workplaces.

And it continues to do so.

Not just in the construction industry, where we know 40 firms have blacklisted workers.

But also in rail engineering, in entertainment and in offshore oil and gas, where the letters NRB – not required back – still send a shiver down the spine.

And there’s a real risk this Tory-led government could make matters worse.

Because provisions in their rotten Lobbying Bill to make union membership lists open to scrutiny amount to little more than a Blacklisters’ Charter.

Instead of giving the green light to unscrupulous employers, we need to show them the red card.

Now is the time for them to own up, clean up and above all pay up.

It’s a disgrace that none of the companies involved have faced any criminal sanctions.

It’s an abomination that many continue to use blacklists.

And it’s an outrage that not a single penny has been paid to the victims.

So what can we do to put right these fundamental wrongs?

Well, here’s a few suggestions from me.

One: let’s have a full public inquiry into the scandal along the lines of the Leveson Inquiry into press behaviour.

If celebrities and politicians have the right to find out the truth, then so too do ordinary working-class men and women.

Two: let’s have legislation to stop blacklisting, with full legal protection for workers and proper penalties for employers found guilty of the practice.

Three: let’s blacklist the blacklisters, encouraging organisations to follow the brilliant example of those 30 councils and public bodies who are preventing contracts being awarded to firms who blacklist workers.

In plain English, it’s time to beat the bastards at their own game.

And fourth: let’s ensure the voice of blacklisted workers is heard loud and clear in the corridors of power.

I’m delighted to be speaking alongside Chuka, and I look forward to a future Labour government eradicating the blacklist once and for all.

But I’m humbled to share this platform with workers who have lived with the consequences for years.

And I want to finish by saying this to them.

The TUC will keep fighting for justice.

We stand with you in solidarity.

We will work with you in the weeks and months ahead.

And will not rest until this battle is won. 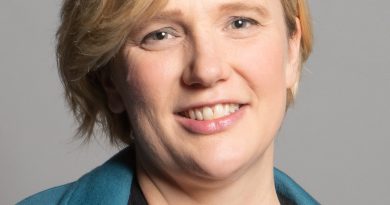 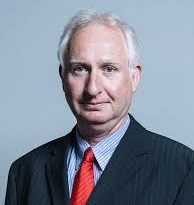