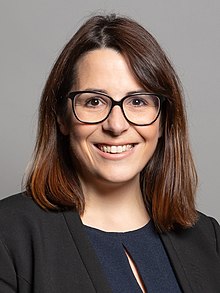 Below is the text of the speech made by Fay Jones, the Conservative MP for Brecon and Radnorshire, in the House of Commons on 28 April 2020.

I am honoured to have the chance to speak in the debate. Having listened all afternoon, I am proud of so many colleagues for their brave testimony, but I particularly applaud my hon. Friend the Member for Hyndburn (Sara Britcliffe), who made an historic maiden speech. I congratulate both Front-Bench teams on the dedication they have shown to this issue. We have heard from strong Welsh voices on both Front Benches, but I am proud to be the first female Welsh speaker in the debate.

The Bill could not be more timely. While most of us take refuge in our homes from covid-19, it is important to recognise that the virus is not the biggest threat to those enduring the lockdown with an abuser. At the heart of the Bill is a new definition of domestic abuse that will ensure that all domestic abuse is properly understood, as it is evident that abuse can be perpetrated in many forms and knows no bounds.

As I am sure is the case for many colleagues, I have been contacted by several different organisations with views on the proposed definition. Particularly compelling was the call to include so-called honour-based violence. Although it is important not to limit the understanding of domestic abuse to specific acts, I hope to see recognition of the abuse experienced by specific groups and communities included in the Government’s guidance for the Bill. I am pleased that the Government have begun a review into what support can be provided to migrant victims of domestic abuse, but I ask that the Government revisit there being no recourse to public funds for victims with certain immigration statuses. I congratulate the Government on the Bill’s gender-neutral status, thereby including the 2.9 million men who have experienced domestic abuse in their lifetime—a figure thought to be considerably under- reported—and reiterating the Government’s commitment to seek to protect everyone from abuse.

I am particularly pleased to see the new definition include economic abuse. An incredibly brave constituent recently contacted me who had moved to my constituency to start a new life after leaving an abusive marriage. She was subject to physical and mental abuse from her ex-husband, and left with nothing but the clothes on her back when she fled. It took her three years to obtain a divorce, but a divorce in and of itself will not address the financial relationship that arises in a marriage and that can often continue after separation. This lady’s her ex-husband would not agree to a fixed period to address their joint mortgage. In her words:

“It has been over 7 years since we parted, and I am still tied to the person who emotionally broke me. It is like a hold still over me—something he always wanted.”

Her story convinces me that we must review the financial ties that can exist within abusive relationships and find ways to help victims free themselves completely. We must ensure that the Bill helps those in situations such as my constituent’s. Our courts cannot simply allow financial ties to facilitate coercive control over victims long after relationships end. I have spoken to the Minister about this privately, and I look forward to working with her on this point.​

My constituent had the courage not only to leave her abusive relationship but to find herself a new career, in the Dyfed-Powys police force, where she deals with domestic abuse reports almost every day. I know my constituent is watching this debate, and I take this opportunity to repeat that I find her courage and service a genuine inspiration, and I know that others do as well.

I also applaud the work of Welsh Women’s Aid, which has been supporting women and campaigning for change in Wales for more than 40 years. One area where I agree with it is around reforms to the family justice system. The Bill will ban perpetrators from being able to cross-examine their victims in family courts, and will also provide domestic abuse victims with automatic eligibility for special measures in criminal cases, but I believe that we could go further. I urge the Government to look at extending the ban to any family, criminal or civil proceedings in domestic abuse, sexual abuse, stalking or harassment cases.

I have one final point. The beauty of areas like Brecon and Radnorshire can often mask issues such as domestic violence. I know that the safeguarding Minister represents a heavily rural constituency, as I do, so I urge her to give careful consideration to the challenge of policing and safeguarding in rural areas as the Bill goes through its later stages.

Thank you, Madam Deputy Speaker, you for giving me the opportunity to speak. I give the Bill my firm support. It gives me huge pride to be part of a Government who, at this time of national crisis, prioritise legislation that protects vulnerable people from harm.

Nick Clegg – 2011 Speech on an Open and Confident Society