I predict today’s Sunday Times story by @Gabriel_Pogrund won’t be the last time Liz Truss gets in trouble asking the taxpayer to foot the bill for her expensive tastes. She had a bit of form during her time as Trade Secretary. Let me take you through another example.

Back in December 2020, Truss and 3 staff went on a four-night trip to Singapore and Vietnam to sign the cut-and-paste rollover agreements to maintain free trade post-Brexit. After details of the visit were published on 7th May 2021, I asked how much it had all cost. 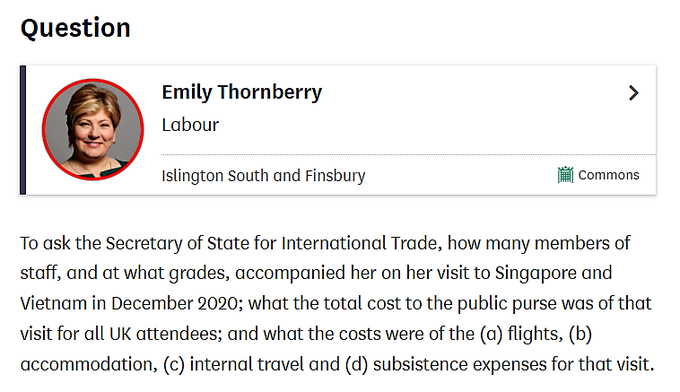 This was the first answer I got back, which was odd. If the only costs for the travelling party were flights and accommodation, who had paid for their meals and drinks? And why hadn’t that hospitality been declared? So my office put in an FOI on 1st June to ask them. 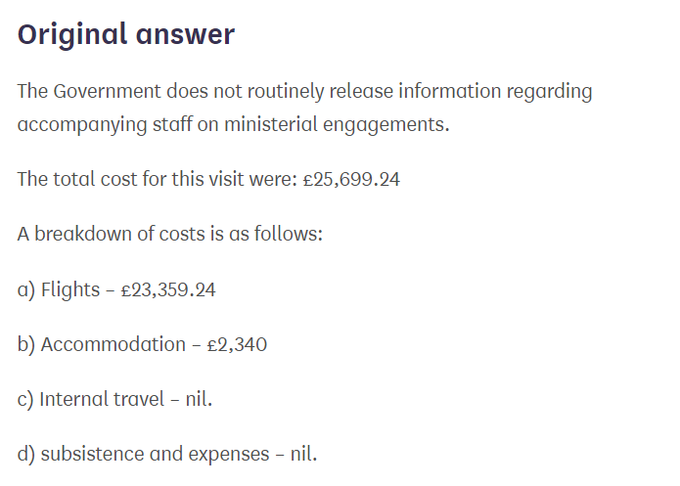 We got the usual delaying tactics on the FOI. First, they said they’d respond by 27th July. Then they pushed it back again to 24th August. But before then, on 5th August, I got this email providing a ‘corrected answer’ to my original PQ. Can you spot the corrections!? 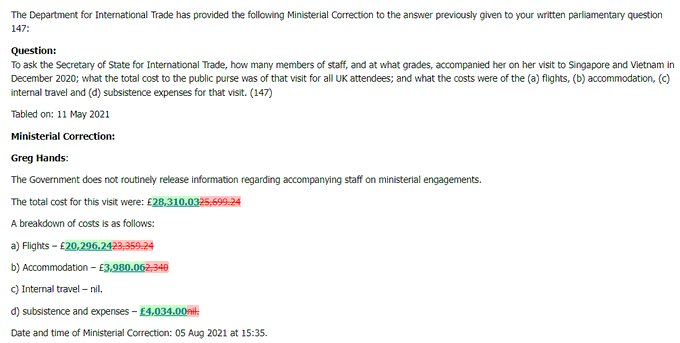 How did they go from saying there were no subsistence expenses at all, to saying the travelling party incurred expenses of £1,000 per head, equivalent to £250 per night? And why did the cost of the accommodation go up £1,640 from the first answer to the second?

I never got answers to those questions, and some will say it doesn’t matter. But this is about character, and if Truss’s natural instinct is to hide the truth and hope no-one asks questions when it comes to small things, don’t be surprised when she does it about big things. 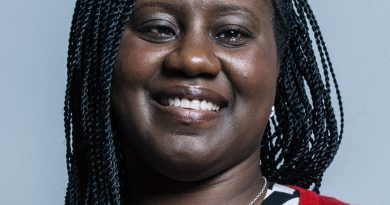