The speech made by Emily Thornberry, the Shadow Paymaster General, in the House of Commons on 16 September 2021.

Let me begin by welcoming the Paymaster General to his new role. I thank him for advance sight of his statement. In fact, I imagine he had about as much advance sight of it as I did—11.40? However, I sympathise with him, not just for being thrown into this particular deep end, but for the title that was given to him for today’s statement.

Before I go into that, let me say that the proposals that the Paymaster General has mentioned will demand careful consideration once we have been able to examine the detail. For example, he mentioned the recent Department for Digital, Culture, Media and Sport proposals for reform of the data regime. If they are anything to go by, every measure in that package will need to be carefully considered, not just on its own merits but for the implications for our trading relationship with Europe. There was also reference in the statement to GMOs, research and development, vehicle standards and artificial intelligence, and all kinds of other things may be hidden in the huge category of law that has yet to be reviewed. We will come back to this, I have no doubt.

Let me return to the title of the statement: “Brexit: Opportunities”. That is the title, yet the country faces continuing shortages of staff and supplies, exacerbated by the Government’s Brexit deal, while businesses across the country face mounting losses in trade with Europe directly caused by the Government’s Brexit deal, and the people of Northern Ireland remain stuck in limbo as the Government refuse to implement the Brexit deal that they negotiated. Into all that, along comes the new Paymaster General to talk about all the wonderful opportunities that await us because of the marvellous Brexit deal, which is working so well at present. If he will excuse the unkind metaphor on the first day of his new job, it is a bit like the Pudding Lane baker strolling around the great fire of London asking people running for their lives if they have any orders for Christmas.

On the issue of opportunities, I will happily have a debate with the Paymaster General, whenever he wants to have one, about how the Government are wasting the opportunities of Brexit when it comes to the lack of ambition and innovation in both the roll-over trade deals they agreed last year and the new negotiations that they have begun since. I will happily have a debate, too, whenever he wants to have one, on the merits of the Government’s strategy to downgrade trade with Europe in favour of trade with Asia, on the fantastical basis that we can make up all the losses our exporters are facing in their trade with the EU through the gains that we will make through trade with the Asia-Pacific. The flagship policy of that strategy is the UK’s accession to the Trans-Pacific Partnership, which, according to the Government’s own figures, will produce a £1.7 billion increase in UK exports to those Asia-Pacific countries over a 15-year period. That is roughly a third of what we exported to Luxembourg last year alone—the covid-affected year.

I will happily debate that strategy with the Paymaster General on another day, but what I want to focus on today, and what I urge him to focus on in the new role he has been given, is not the imagined opportunities of Brexit that might happen in the next year, two years or five years, but the real practicalities that need sorting out today—the holes that need fixing in our deal with Europe to support British businesses through this period of economic recovery and resolve the impasse in Northern Ireland.

Can the Paymaster General tell us where we stand on the Government’s efforts to secure mutual recognition of professional qualifications and regulatory equivalence for financial services, so that our key growth industries in the professional and financial sectors can get back to doing business in Europe with the speed and simplicity that they enjoyed before Brexit? Can he tell us where the Government stand in their efforts to seek mutual recognition of conformity assessments to remove the double testing of products that is costing our key industries both time and money? Can he tell us not just what the latest plan is to kick the can down the road in Northern Ireland, but how we are going to reach a sustainable and permanent solution?

On that note, may I ask the Paymaster General to clear up one specific mystery, which relates to the Cabinet Office? In March last year, without publicity and without an open consultation, the Cabinet Office and the Department for Environment, Food and Rural Affairs paid McKinsey consultants £1 million for eight weeks’ work to provide

That brings me to my final question—the great unanswered question when it comes to Brexit practicalities, which I hope the Paymaster General will not try to evade as so many of his predecessors have. When Lord Frost was asked on 24 June why he would not pursue the option, even in the short term, of a veterinary agreement with the European Union to resolve many of the problems at the border, he said:

“We’re very ambitious about TPP membership, so…it might turn out to be quite short term. That’s the problem.”

Can the Paymaster General answer two questions? First, why do the Government believe—

Order. Just before the right hon. Lady asks any more questions, let me say that she has significantly exceeded her time. I know that we are in a bit of flux, so I will allow her to finish, but I hope that she and others will note that keeping to time is important as a courtesy to others.

The questions I want to ask are these. First, why do the Government believe that signing a veterinary agreement with the EU is incompatible with their ambitions to join the Trans-Pacific Partnership? Secondly, if the answer is that joining the comprehensive and progressive agreement for trans-Pacific partnership requires them to diverge from EU standards in relation to food safety, which is the only logical explanation for the comments that Lord Frost has made, can the Paymaster General tell us which specific standards they plan to diverge from?

I urge the Paymaster General, in his first appearance in his new position, to come out of the fantasy world that his predecessors have been living in together with Lord Frost and join us in the real world, together with Britain’s business community—the world of delays and shortages, red tape and bureaucracy, lost business and lost trade. It is a world that demands sensible answers and practical action from the Cabinet Office, not just another Minister addicted to dogma and wishful thinking. 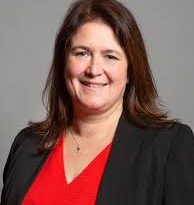 The comments made by Jeremy Quin, the Defence Procurement Minister, on 18 May 2022. As the pace of technological change

Marcus Fysh – 2022 Speech on the Cost of Living Crisis

Richard Fuller – 2022 Speech on the Cost of Living Crisis