The statement made by Dominic Raab, the Secretary of State for Justice, in the House of Commons on 22 June 2022.

Today the Government are delivering on our manifesto commitment to overhaul the Human Rights Act and replace it with a Bill of Rights, which I am introducing to Parliament today.

This country has a long and proud tradition of freedom which our Bill of Rights will enhance, for example, in respect of free speech and recognition of the role of jury trial. Equally, over the years mission creep has resulted in human rights law being used for more and more purposes, with elastic interpretations that go way beyond anything that the architects of the convention had in mind and have not been subject to democratic, legislative oversight. Following the Government’s consultation on the Bill of Rights, our reforms will curtail the abuses of human rights, restore some common sense to our justice system, and ensure that our human rights framework meets the needs of the society it serves.

I am grateful to the chair and panel of the Independent Human Rights Act Review for their valuable report, which has influenced and informed our thinking in preparing both our consultation and the final Bill.

The measures in the Bill of Rights will:

2. Recognise the right to jury trial. The Bill recognises the right to trial by jury under, and subject to, the framework set by Parliament and the Scottish and Northern Ireland legislatures.

3. Clarify the interpretation of certain rights. Human rights, especially Article 8, have been used to frustrate the deportation of criminals. The Bill provides clearer criteria for the UK courts in interpreting rights and balancing them with the interests of society in particular in the context of deportation of foreign national offenders. This will restore credibility to the system and ensure we can protect the public by deporting those who pose a serious threat.

4. Reduce burdens on public authorities. We are stopping the imposition of positive obligations on our public services without proper democratic oversight. We will make clear that when public authorities are giving clear effect to primary legislation, they are not acting unlawfully. We will do this by restricting UK courts’ power to interpret legislation, as we propose to do for section 3 above. This will deliver greater certainty for public services to do the jobs entrusted to them, without the constant threat of having to defend against expensive human rights claims.

5. Ensure that public protection is given due regard in interpretation of rights. The Bill contains a provision that obliges all those who interpret convention rights to consider the need to reduce the risk to the public from convicted criminals serving a custodial sentence. This will support the Government’s proposed reforms to the Parole Board and strengthen the Government’s hand in fighting Article 8 claims from terrorists opposing their placement in separation centres.

9. Strengthen domestic institutions and the primacy of UK law. The Bill empowers UK courts to apply human rights in a UK context, affirming the Supreme Court’s independence from the Strasbourg Court. It will make explicit that the UK Supreme Court is the ultimate judicial arbiter.

10. Increase democratic oversight. The Bill makes sure that the balance between our domestic institutions is right, by repealing section 3 to ensure that UK courts can no longer alter legislation contrary to its ordinary meaning and the overall purpose of the law.

The issues addressed by the Bill of Rights affect the whole of the UK, and any changes must be made on a UK-wide basis. We will ensure that the framework applies equally, whilst also allowing for difference in how the framework is applied and implemented across the UK. During the consultation period I visited Wales, Scotland, and Northern Ireland to discuss our proposals and we will continue to engage with the devolved Administrations, civil society and relevant stakeholders across the UK.

The Bill and all of its supporting documentation is available at: https://bills.parliament.uk/bills/3227 copies of which have been presented to Parliament. 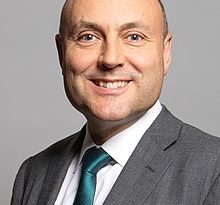