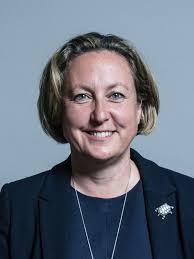 The statement made by Anne-Marie Trevelyan, the Secretary of State for International Trade, in the House of Commons on 22 June 2022.

On Friday 17 June, we hosted a UK-Ukraine infrastructure summit in London. The summit, with Prime Minister of Ukraine, Denys Shmyhal, and Minister of Infrastructure of Ukraine, Olexandr Kubrakov, brought together Ukrainian Ministers and business leaders for talks on rebuilding Ukraine after the conflict and ensuring its long-term prosperity.

Discussions identified where UK companies have world-class skills that can support reconstruction efforts—such as digital infrastructure, water and sanitation, energy, homes, and transport.

During the summit, we signed a memorandum of understanding with Ukraine which set out elements of UK support for reconstruction efforts and established a joint taskforce, which will help build partnerships between UK and Ukrainian businesses to assist the reconstruction of infrastructure in and around Kyiv.

The taskforce will support greater collaboration between the UK’s world-class infrastructure, energy, and transport companies and Ukrainian public organisations and private sector businesses. This will help plan for the future as well as repairing damaged and destroyed infrastructure, including transport systems, homes, and bridges more efficiently, safely and sustainably.

The UK has already committed to provide a combined economic, humanitarian, and military support package to Ukraine worth over $3 billion. UK Export Finance has also pledged to retain its £3.5 billion-worth of financial support for trade to Ukraine—helping the country to fund its reconstruction projects and allowing UK exporters and Ukrainian buyers to access the finance they need to trade commercially.

The UK has introduced one of the largest and most severe packages of economic sanctions against Russia. Measures cover over £4 billion-worth of products that are traded with Russia, 1,000 individuals and 100 entities in key sectors such as defence, crippling Putin’s war machine.

We also announced changes to trade remedy measures relating to the conflict. This includes reallocating ringfenced market access for steel imports from Russia and Belarus to other countries, including Ukraine.

The UK will do everything in its power to support Ukraine’s brave fight against Russia’s unprovoked invasion and to ensure its long-term security and prosperity.