Below is the text of the speech made by Dominic Grieve in the House of Commons on 2 December 2015.

It is a pleasure to follow and my right hon. Friend the Member for Chichester (Mr Tyrie) and the hon. Member for Newport West (Paul Flynn). I shall have to endeavour to explain to them why I think they are both mistaken in their conclusions.

All of us in this House have acknowledged, and indeed it is a legitimate subject of debate, that the condition of the middle east is frankly pretty close to being catastrophic. There are powerful forces at work pulling civil society apart. There is sectarian conflict. There are a whole variety of grievances that have been exploited by various dictators throughout the ages, and that is regularly being repeated. All the signs are that in many places the structure is extremely fragile, and we are very fortunate that in one or two areas it is subsisting.

We can all agree on that, and I also agree that the situation is not amenable to any easy solution, or we would have found it a long time ago, but none of that explains to me logically why some hon. Members in this House consider that action in extending our military operations against Daesh into Syria is wrong. If it is indeed wrong, then our intervention in Iraq 12 months ago was wrong, whereas all the analysis that I have seen suggests to me that it is the one thing that has prevented the situation from wholly spinning out of control. We have a remarkable tendency in this House—perhaps it is a good thing in a democracy—to look at our shortcomings and not look at the benefits of what we may have achieved. It seems to me that if we had not intervened, there was a serious risk that generalised war would have broken out in the middle east, with Iranian intervention in Iraq to prop up the Iraqi regime and, ultimately, intervention by Saudi Arabia as well. We ought to look on the bright side of what has been achieved and then consider whether the limited steps that have been proposed are reasonable. It seems to me that they are. They are not a solution to the problem, and to that extent, the challenge remaining for my right hon. Friends through the Vienna process is a very real one. It does not seem to me that those limited steps will make matters worse. What they show is a comity of interest with our allies, to whom we are committed, to try to do something to address this problem and to keep it under control until better solutions can be found. That seems to me to be a legitimate and proportionate response to the problem that we face.

It has been suggested that this will all in some way run away with itself. It will not do so if the House is vigilant. The legal basis for intervention is very limited: every action that is taken hereafter will have to be necessary and proportionate to achieve a legitimate aim that is severely circumscribed. I have every confidence that my right hon. and learned Friend and my hon. and learned Friend the Law Officers will be able to deal with that, and every confidence that my colleagues in the Government will observe the limits.

It has been suggested that we will not be able to engage in diplomacy. I have to say I was staggered to hear my hon. Friend the Member for Basildon and Billericay (Mr Baron) say that we ought to emulate the Chinese in this matter, rather than the French. I find that an extraordinary notion.

As a member of the Foreign Affairs Committee, the hon. Member for Basildon and Billericay (Mr Baron) quite rightly made the point that the UK can maintain its influence without taking military action that will have a marginal effect.

If I may say so, the question that should be asked is a different one: does our involvement diminish our ability to exercise diplomatic influence? The hon. Gentleman fails to take into account that by withdrawing from the military process entirely, as he is clearly advocating, we diminish our ability to influence the allies who share our values in this matter. That is why I found the suggestion that we should emulate China so astonishing.

Finally, there is an issue of great importance about Islamophobia and the structures of our own society. The hon. Member for Newport West touched on it, and he has my very considerable sympathy; he probably knows that I have had an interest in this matter for many years. I have absolutely no doubt that Islamophobia is on the rise in this country and, indeed, that the backwash coming out of the middle east threatens to undermine our civil society. That is a very real challenge that everybody in the House ought to address. In that regard, my criticisms of the Prevent strategy are well known. I must say that I do not believe what we are doing in Syria undermines that one jot. On the contrary, I would have thought that a sense of powerlessness in the face of the murderous cruelty of Daesh is one of the most likely causes fuelling Islamophobia in this country. A rational policy enacted and proceeded with by the Government—with, I hope, the support of many Members of the House—seems to me to be a better way forward.

Theresa May – 2018 Press Statement on Brexit 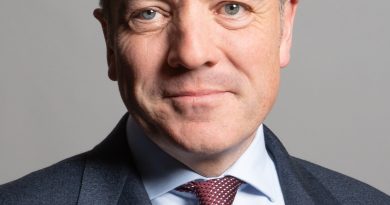 Mike Kane – 2020 Comments on the Government and the Aviation Industry