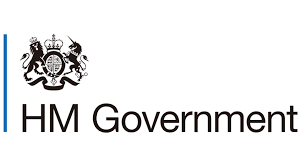 The speech made by Dido Harding, the Interim Executive Chair of the National Institute for Health Protection, on 4 November 2020.

If it is okay, I will start as you suggested by looking back a second. Clearly, this is a very difficult point for the country, on the weekend the Prime Minister alongside Chris Whitty and Patrick Vallance were really clear that this second national lockdown is not what anyone would have wished, but it is necessary to protect our NHS capacity and protect lives. And if we look back I would like to talk briefly about what has been achieved in the last 6 months.

I know that it is hard to see it, but the picture of the country coming into this activity, coming into this second set of national measures, is very different to the last one. Our schools and universities are open, the NHS is not yet overwhelmed, and we have the data and insight to see what is coming so that we are able to act earlier.

As a country we are trying to balance the health of the population with the health of the economy, and society’s and individual’s needs, as Mathew just said, in terms of educating our children and our own mental wellbeing. These are clearly incredibly difficult decisions, and I have quite a large job, but those decisions are not for me, those are decisions outside of NHS Test and Trace. Those are ones for our elected leaders both nationally and locally to take.

Let me step back a step. COVID-19 is the greatest public health challenge we have faced in modern times, and NHS Test and Trace has been built in an extraordinarily rapid way to address that. We have built a system the size of Asda, from scratch, in 5 months. We are working around the clock to keep expanding and improving it.

To give you a sense of the scale, we have built a network of NHS, private and not-for-profit laboratories to take testing capacity from 2,000 tests a day in March to over 500,000 test a day today. Historically, this is more per head than Germany, Italy, Spain and the US. It is the largest diagnostic network the UK has ever seen, and I suspect it is the fastest growing public service we have ever built.

Yesterday we hit our target of 500,000 tests a day, from over 600 locations. So (I’m an ex-retailer), we have opened 600 shops in 5 months. We’ve now processed close to 32 million tests. We have also built the largest outbound call centre in the UK. So our contact-testing services are dealing with 7 times the volume it was 7 weeks ago, and so far we have contacted 1.4 million people and have asked them to isolate.

And we also have a digital wing, so you know we launched the COVID-19 app which has now had 19 million downloads in its first month, so 40% of the eligible population of the UK have it on their phones and that is a better performance than any other country where downloading isn’t compulsory.

And the response from business has been extraordinary to the app: over 700,000 QR posters are up and about across the country. None of this would be possible without public, private, national and local partnership. So we are, as a nation, throwing everything at this, and this is a combination of national insight and firepower with local intelligence and experience.

We have tripled the size of our local health protection teams to trace the virus and support businesses, and public sector employers locally when there are outbreaks. And we have got increasingly integrated teams which have developed some very strong relationships with local leaders and local businesses. But – and it is a big but – there is clearly more that we need to do.

This virus is incredibly difficult to deal with. And it is deadly, with millions of people carrying the virus around the world but not displaying any symptoms. Every country is grappling with the same problem, and despite everyone’s best efforts and all of the work of our team in the NHS Test and Trace to be the second line of defence, after Hands, Face and Space, the virus is spreading far too rapidly and too widely.

So if that’s where we are now and we look ahead as we go into another a really challenging period for us as a country, it is time for the organisation that I lead to take the next big leap forward. As lockdown slows us from the virus, we will be focusing on improving NHS Test and Trace, so that when England emerges from lockdown we are better able to live with COVID through the winter and beyond. We are thinking about that.

The work we have got to do is in 4 main areas.

The first one is scale. As I said, we built this extraordinary thing in 6 months but it needs to be substantially bigger and it will keep growing. We have been innovating and investing in new technologies, so these new mass testing, rapid testing technologies will give us the potential to scale testing much further. We have pilots in hospitals, schools and universities, which are showing some positive results already. As we announced last night into this morning, we will be working with Liverpool, the first city to deploy testing as a combination of the traditional swab testing and the new rapid turn around lateral tests that are quite like pregnancy tests.

So we have got to scale up testing, and as we find more and more positive cases we’ve got to scale up contact tracing as well. We are already the largest outbound calling centre in the UK, but it’s got to get bigger as we find more people with the disease, and we’ve got to get faster. Our turnaround times for both testing and contact tracing are improving, but this is the ultimate perishable good. We need to find people who have been in close contact with people who have got the disease within 24 to 48 hours. So there is a big job of work for my team to do to keep speeding up. And we can only do this as I have said through partnership.

This is about working in partnership with the public and the private sector, with national and local organisations and with everyone in the country. And I’m sure that many people watching this have read that Stan McChrystal’s book ‘Team of Teams’, this is the ultimate team of teams – we are actually 60 million people on the team. We have all got to change our behaviour just a little bit to come forward with the testing to isolate when we are told to. That’s how you break the chains of transmission.

And the fourth area we are working on is how we get even better at using the data in the analysis to drive insight in action we can stamp on outbreaks faster and faster. We know so much more than we did 6 months ago about how the disease is spreading. We’ve got the data from Test and Trace, we’ve got the data from waste water. We’ve got data from all these surveys using the testing capacity we have built. We are all learning how to use that to stop it spreading.

And I know that it is really tough and horrible for everyone as we head towards Thursday. But I am actually quite hopeful that we have more tools in the armoury than we had before. As a society we have learnt about the first line of defence, washing our hands, keeping our distance and wearing our face mask. Test and Trace did not exist in March. It is a scale organisation the same size as Asda and it will get even bigger. And so our second line of defence is growing, and technology will help us through a combination of vaccine, mass testing and better treatment. There is a lot for us actually to be optimistic about that we will crack this.