The speech made by Damian Hinds, the Conservative MP for East Hampshire, in the House of Commons on  24 March 2021.

How deeply upsetting for everybody to hear that very powerful speech by the right hon. Member for Barking (Dame Margaret Hodge). It is humbling to follow it. I congratulate her on what she said and the bravery she has shown. I congratulate my hon. Friend the Member for Stroud (Siobhan Baillie) on securing this debate and thank the Committee for granting it.

I do not want to ban anonymity, any more than my hon. Friend the Member for Stroud would. People have long sought its sense of freedom, its disinhibiting effect, its privacy and occasionally its hilarity and enjoyment, and there is nothing wrong with any of that. As long as there is no harm to anybody else, it is no business of the state. It is also important, of course, for activists in oppressive regimes, or for people seeking advice on sensitive issues, to discover a community out there, to know that they are not alone. But while in one context anonymity can give voice to the voiceless and empower the oppressed, in another it can coarsen public discourse and facilitate abuse. Surely it is possible for us to have the one without having to have the other. In this debate we will hear, indeed have already heard, about some really nasty abuses—in many cases, criminal abuses, where the issue with anonymity is really one about registration; it is about the impediments to enforcement action. Many of those cases will be about people in the public eye.

I am also concerned about lower-level effects—the impact on the general tone of public discourse, and the consequences for our social cohesion and mutual understanding. I am concerned not only, or even mainly, about public figures, but also about everybody else—about moderate, normal people of all views who fear to put their head above the parapet, and those deterred from entering public life in future for fear of what their children might see written about them on Twitter.

Free speech is at the heart of our traditions, but we have another long tradition that pamphlets declare who they are from—the imprint. Writers might write under pseudonyms, but someone—the publisher—is ultimately accountable. Social media platforms deny that responsibility, so anonymity could also make it easier for those foreign powers and others who want deliberately to confuse and divide us. It can be hard to know whether you are interacting with a person, a machine or something in between.

There are many possible permutations; there are also many pitfalls, and this warrants proper debate and deliberation. My proposal, like that of my hon. Friend, is a pretty mild one, and a safe one—that if you are on general-usage, mass-market social media using your real identity, you should have the right, if you choose, to hear only from other people using their real identity. 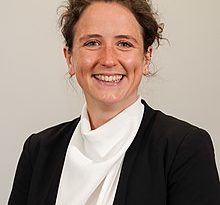