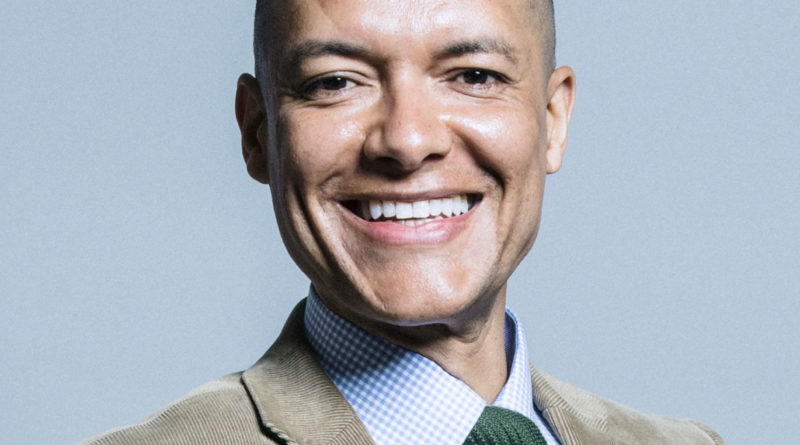 The statement made by the Commission on Race and Ethnic Disparities on 2 April 2021. Main image photo is Clive Lewis MP, who was referred to in this statement.

On Wednesday we released our report into race and ethnic disparities in the UK. In it we stated categorically that “we take the reality of racism seriously and we do not deny that it is a real force in the UK”. We also said our report sought to “approach the issues of racial and ethnic disparities in a balanced way, highlighting both the success stories that the data reveals as well as delving into what lies beneath some of the most persistent and enduring ones”. We are pleased that so many people are engaging seriously with the ideas and evidence we have presented.

The facts and analysis we presented challenge a number of strongly held beliefs about the nature and extent of racism in Britain today. Sadly, however, in some cases fair and robust disagreement with the Commission’s work has tipped into misrepresentation. This misrepresentation risks undermining the purpose of the report – understanding and addressing the causes of inequality in the UK – and any of the positive work that results from it. For that reason, it is necessary to set the record straight.

We have never said that racism does not exist in society or in institutions. We say the contrary: racism is real and we must do more to tackle it. That is why our very first recommendation to the Government is to challenge racist and discriminatory action and increase funding to the Equality and Human Rights Commission (EHRC) to pursue investigations. We reaffirm the Macpherson definition of institutional racism, though we did not find conclusive evidence that it exists in the areas we examined. However, we said that “both the reality and the perception of unfairness matter”, which is why our recommendations are underpinned by four themes – to build trust, promote fairness, create agency and to achieve inclusivity.

There has also been a wilful misrepresentation by some people of the Commission’s view on the history of slavery. The idea that the Commission would downplay the atrocities of slavery is as absurd as it is offensive to every one of us. The report merely says that in the face of the inhumanity of slavery, African people preserved their humanity and culture. The Commission’s recommendation for Government to create inclusive curriculum resources is about teaching these histories which often do not get the attention they deserve.

The deeply personal attacks on many of us by politicians and other public figures are irresponsible and dangerous. For example, one MP [Clive Lewis, Norwich South] presented commissioners as members of the KKK. Robust debate we welcome. But to depict us as racism deniers, slavery apologists or worse is unacceptable.

This is a wide ranging report, and we hope it will lead to further research and better understanding of the complex causes of inequalities in the UK. Our terms of reference were ambitious and, despite the disruption of COVID-19, we addressed them by drawing upon a wide range of sources and evidence, as well as the lived experience of people, including our own.

We hope that going forward, the report will be read carefully and considered in the round. Our experience since publication only reinforces the need for informed debate on race based on mutual respect. The 24 recommendations we have made will, in our view, greatly improve the lives of millions of people for the better if they are all implemented.

Rachel Reeves – 2020 Speech on the End of the Transition Period