Below is the text of the statement made by Claire Perry, the Minister for Energy and Clean Growth, in the House of Commons on 10 January 2019.

The Energy Council took place on 19 December 2018. The UK was represented by the Deputy Permanent Representative to the EU, Katrina Williams.

Communication from the Commission: A Clean Planet for all

Miguel Arias Cañete, Commissioner for Climate Action and Energy, introduced the European Commission’s Communication “Clean Planet for all: A European strategic long-term vision for a prosperous, modern, competitive and climate-neutral economy”. It stressed the need to achieve net zero greenhouse gas emissions by mid-century, and that the EU was well placed to lead efforts to mitigate climate change.

All member states intervened, and all broadly supported the Commission’s communication. A number supported the Commission’s call for net zero greenhouse gas emissions by 2050. The importance for businesses and citizens to inform the debate on reducing emissions and for the transition to be realistic was mentioned, as was the need for Europe to reduce its dependency on coal and invest in renewables. The importance of interconnection and the need to take account of energy security and competitiveness was raised. The importance of gas infrastructure was also mentioned.

In its intervention, the UK welcomed the communication and emphasised the urgency of addressing climate change. It pointed out that the UK Government had sought advice from the Committee on Climate Change on long-term targets. It also gave an overview of the action being taken to make the transition to a more flexible and smarter energy system.

The presidency reported that it had reached agreement with the European Parliament on all elements of the clean energy package. It noted that the European Parliament and Council had now formally adopted the directive on renewable energy (recast), the regulation on governance of the energy union and the directive on energy efficiency (recast). Publication in the Official Journal was expected on 21 December 2018.

On the regulation on risk preparedness in the electricity sector, the presidency said that the regulation should give member states enough time to develop their plans for responding to risk. Regarding the regulation establishing a European Union Agency for the Co-operation of Energy Regulators (recast), it thought the outcome would allow the agency to function efficiently.

The presidency informed Ministers that in the early hours of the 19 December it had closed the two most complicated files: the regulation on the internal market for electricity (recast) and the directive on common rules for the internal market in electricity (recast). It commented that the deal would allow the internal energy market to operate efficiently and that contracts awarded under capacity mechanisms will be subject to limits on ​emissions of carbon dioxide. Furthermore, consumers will be able to choose their suppliers freely, and request dynamic price contracts and smart meters.

The Commission, congratulating the presidency, noted that completion of the energy union was one of President Junker’s 10 legislative priorities.

Comments made by individual member states included recognition of the value of national energy and climate plans, but regret about the deal struck on limits on carbon dioxide emissions for contracts awarded under capacity mechanisms, and concern at the difficulties involved in opening up interconnector capacity and in meeting energy efficiency objectives.

Any other business items

The presidency informed the Council about the state of play on the revision of the gas directive. A number of member states, including the UK, called for faster progress and challenged the latest compromise proposals, but others expressed concern about proceeding with the revision.

The presidency updated Ministers on the connecting Europe facility negotiations, saying that it had secured a partial general approach at the Transport Council. It then provided an update on the hydrogen initiative.

The Commission provided an update on the status of marine energy and external energy relations. A number of member states supported the Commission’s calls for more action to make marine technology competitive.

There was a brief discussion on the appointment of the director general for the International Renewable Energy Agency.

Finally, the incoming Romanian presidency presented its work programme, stating its priorities to be formal agreement on the clean energy package, to make progress on the gas directive, the tyre labelling regulation and the mandate for changes to the energy community treaty.

Ministers had an informal discussion over lunch on energy security and external dimensions of energy policy. 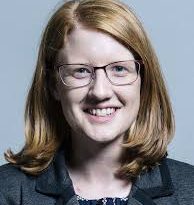 Liz Truss – 2022 Statement on Accountability for Atrocities in Ukraine