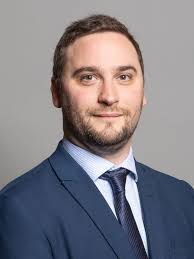 The speech made by Christian Wakeford, the Labour MP for Bury South, in the House of Commons on 17 May 2022.

I listened with great interest to the Gracious Speech last week and was left bitterly disappointed. It will go down as a speech of missed opportunities, all through the choice of the Prime Minister. Under this Government, we are heading back to a time that was simply about the haves and have nots. People can either afford the basics or they suffer.

Workers are seeing a decline in their living standards not seen since the Victorian era and the Poor Law of 1834. We are seeing a return to that miserable time, when volunteers pulled together to plug so many holes left by the purposeful underfunding of the state. Eighty years ago, Beveridge spoke of the five giant evils that plagued society, and I am afraid that Conservative Members are propping up and presiding over a return to those evils—or they would be if they were here today.

Beveridge spoke of want, and this could have been a Queen’s Speech that addressed the concerns about the cost of living crisis that is currently gripping the nation through an emergency Budget or a Bill to propose a windfall tax on large energy companies. Instead, food banks boom while people make the choice between heating their home and feeding themselves and their children. Imagine a world in 2022 in which one in four parents are skipping meals because they cannot afford it. What solutions have Conservative Members come up with? Learn to cook. Work harder. Work longer. It is absolutely shameful.

Beveridge spoke of ignorance—not the kind of ignorance shown by the Prime Minister and Chancellor while they put their heads in the sand; he was speaking about the education of our children. The attainment gap is widening further still and, yet again, there is no plan in sight. Our children cannot learn properly if they are hungry, and our teachers cannot teach properly if they are not supported, yet nearly 18,000 schools are facing brutal cuts to their funding. These children are the future of our country, yet they are treated like collateral damage by this Government.

Beveridge spoke of squalor. We have people across the country trapped in their own homes, which are covered in flammable cladding, a full five years on from the tragedy of Grenfell. This was a Queen’s Speech where housing and planning policies were not even mentioned once. Social housing waiting lists are spiralling into the decades, yet we had merely rumours of a rehash of right to buy from a Prime Minister totally bereft of ideas and increasingly out of touch. We have properties riddled with damp and mould making people ill, here in the sixth richest economy in the world.

Beveridge spoke of idleness. This could have been a Queen’s Speech where employment rights were boosted and the shocking practice of fire and rehire was finally brought to an end. Instead, the Government issue further flimsy guidelines that allow bosses to ride roughshod over the workers. More than 20 times we were promised an employment Bill, but this was yet another empty promise for the people of this country and another win for rogue employers. This was a Queen’s Speech that will not help those in need as our country lurches from crisis to crisis. It was a Queen’s Speech where this Government are increasingly out of touch with their own people, and I predict that it is one that will unravel before the year is out. I will be voting against the Queen’s Speech for those reasons.