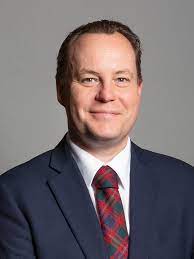 The speech made by Chris Stephens, the SNP MP for Glasgow South West, in the House of Commons on 5 July 2022.

It is a pleasure to follow my good friend, the Chair of the Work and Pensions Committee, the right hon. Member for East Ham (Sir Stephen Timms), and it is a pleasure to be a member of that Committee in holding the Government to account. I of course refer to my entry in the Register of Members’ Financial Interests, particularly my role as chair of the PCS parliamentary group, as I will have some things to say about the office closures issue.

I want to start with the Secretary of State’s appearance at the Work and Pensions Committee last week, when she said that, on Thursday, she was going to meet her officials to discuss a second remedial order on bereavement support benefits for cohabiting couples. This is a very important issue, and we have had many great campaigners, including my Glasgow South West constituent Ailsa MacKenzie, who has been in the vanguard of pushing this issue. I hope the Minister will update the House on that issue, because it affects many thousands of people. The quicker we get the remedial order laid down, the quicker people can start receiving those bereavement support payments, which will no doubt help them deal with the cost of living crisis.

Let me touch on what I think lies at the heart of the problems in the Department for Work and Pensions: the start of the claim, the five-week wait and the deductions that come with that. The Minister responded to a written question from me, and the figures are becoming increasingly alarming. Ever since, I have periodically tabled such questions, and the number of deductions and the amount deducted have increased over the past 18 months. A total of £11 million a month is now being taken off claimants as a result of deductions. In my view, that has become a poverty tax.

For example, figures show that in February this year, 189,000 households in Scotland—an increase of 9,000 in just three months—had an average of £60 deducted from their social security payments. That is mainly to pay back the loans issued by the Department to cover the five-week wait at the beginning of a new claim, but some of it is due to overpayments, which include the Department’s errors. I hope the Department will look at that issue, because there is already case law when it comes to pay. By law, if there has been a mistake and someone has been overpaid, the employer cannot take that back. I suggest that if the Department has made a genuine error, it should not be deducting payments from future claims. I hope the Government will look at that, because a number of organisations have said that a deduction should not be made if the Department for Work and Pensions is to blame.

Does my hon. Friend share my concern about the lack of reassurance regarding top-up payments, as announced by the Chancellor last week? We may end up in the same situation, because if DWP accidentally gives that money to someone, it might try to claw it back, putting people in an even worse state of poverty than they are in already.

I share that concern, and I hope the Department will respond positively to the concerns that hon. Members, including my hon. Friend the Member for Aberdeen North (Kirsty Blackman), have raised.

On departmental error, taking £60 a month from people who require state support can be the difference between whether they can buy food or not, or whether they can heat their homes. I am sometimes a bit concerned about the phrase “heat or eat”, because some people will now not be able to do either. That is the desperate situation that far too many people face across these islands, particularly with the cost of living being so high.

On the one-off payments, the Department appears to have conceded the point that grants are better than loans. I welcome that, but I hope it will now look seriously at the report by the Work and Pensions Committee about the five-week wait and introduce a non-repayable grant—a starter payment, as we call it—within two weeks of the claim. That would stop people getting into debt as a result of deductions, and I suggest that it would save money on administration, compared with paying people after five weeks and then deducting £60 a month from them. It seems a false economy to insist on continuing the five-week wait, and then going back and deducting money from people’s claims.

A good friend of mine, Andrew Forsey, director of the charity Feeding Britain, which is involved with Threehills community supermarket in Glasgow South West, recently said:

“Last year, figures like these prompted the DWP to lower the cap on deductions and double the length of time people had to repay those upfront loans. What these latest figures show is that there remains a lot more work to be done, to bring these deductions down still further, if people are to have the money they need each month to put food on the table.”

The Chair of the Work and Pensions Committee mentioned no recourse to public funds, and I agree with what he said. I hope the Department will look seriously, once again, at the Committee’s report that recommends extending child benefit to all children, irrespective of their parents’ immigration status. The right hon. Gentleman laid that out well, and, as someone who represents a city that has signed up to the Home Office’s asylum seeker dispersal scheme, I know this is a very real issue. In areas where asylum seekers have become refugees, it was certainly an issue during covid. I hope the Department will go back and look at that.

Finally, let me raise my concern about office closures by the Department for Work and Pensions; I know that you also have a constituency interest in this subject, Madam Deputy Speaker. We have Government offices in areas of high economic deprivation, and the Department is one of the largest employers in some constituencies, but it wants to close those offices. That will not just impact on people employed by the Department, although of course it will do that, but have a wider effect on the economy. Many small businesses round and about those offices rely on custom from people who work in the Department, and I refer the Minister to my hon. Friend the Member for Glasgow North East (Anne McLaughlin), who has done a survey on this issue in relation to the proposed closure of the Springburn office.

The Department seems to want to take out far too many of the 91,000 jobs that the Government want to cut. The Department responsible for employment and helping people get into work really should not be laying off its own workers and throwing people into unemployment; that would send completely the wrong message and make no sense whatsoever. I will leave it there, Madam Deputy Speaker, and I hope—indeed, I am sure—that I will get a positive response from the Minister to all the points I have raised.