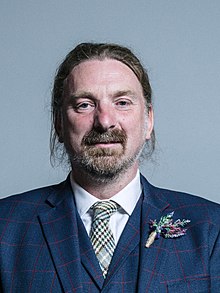 The speech made by Chris Law, the SNP MP for Dundee West, in the House of Commons on 13 July 2021.

There is not a single nation on the planet that has escaped the devastation of this global pandemic, and there is not a single person who is pretending that the challenge of recovery from covid is easy. We also know that it has been the poorest of our own society who have been hit the hardest over the past 18 months. Tragically, that has been replicated across the globe. Inequality has widened. Millions have been pushed into poverty. Development gains have been reversed, and it is the poorest and most vulnerable in our societies who are dying.

We therefore need a global recovery that builds forward better, creates a fairer, more inclusive and more sustainable world and ultimately honours the millions who have lost or are losing their lives to this terrible pandemic. In order to do that, the wealthiest countries in the world, of which the UK is one, must step up to tackle the great challenges facing humanity, not step away. However, it is with the deepest regret that this UK Government’s callous cut to the aid budget is not only jeopardising those efforts, but will mean that the poorest and most vulnerable people in the world will pay the ultimate price. Make no mistake: these cuts will cost lives.

The UK Government are making a desperate effort to stress the economic necessity of cutting aid from 0.7% to 0.5% of GNI. They are desperate to talk about fiscal tests, borrowing levels and tax receipts, but they do not want to address the questions that put them to shame. How many children will go without an education? How many girls will be forced into unwanted marriages and teenage pregnancies? Ultimately, how many individuals will die needlessly because of this Government’s decision? Those are questions that the Government have run away from, just as they have run away from this debate and this vote for the past six months.

It should simply never have come to this. This Parliament should have had a vote on the aid cut before it was implemented, but instead the Government pressed ahead with international austerity on the backs of the world’s poorest and most vulnerable people. Without consultation with those most in need, without any impact assessment and without any debate in this Parliament, the Government made their decision based on a Treasury spreadsheet. With a stroke of a pen, they signed the death sentence—a policy that will lead to 1 million children’s excess deaths.

Those who are considering voting in favour of the motion should reflect on these questions. Are they building forward and leaving no one behind in a global strategy against covid? Are they honouring the millions who are losing their lives and the many more millions who will lose their livelihoods as a result of the pandemic? Are they happy to sign that death sentence?

Let us look at a few examples of the life-saving aid programmes that have been curtailed or cancelled, with horrifying consequences right now. Yemen is the world’s worst humanitarian disaster, where 20 million people are suffering from hunger and malnutrition. Many of them face famine after years of war. Despite that, the UK Government have slashed their humanitarian funding to the country by more than 60%. The UN Secretary-General put it bluntly:

Given that 400,000 children under five might starve to death in Yemen alone this year, how on earth can this Government defend themselves?

The hon. Gentleman makes a very good point about Yemen, although it should be acknowledged that the UK gave aid to Yemen well in excess of what we had budgeted for, and that we have a very generous record. Does he agree that it is not only a question of emergency aid? If we are to find peace in that country, we will need to give aid for its reconstruction to keep it out of civil war and famine again, so it is entirely the wrong time not to step up with the money necessary for a lasting peace.

I agree with every point that the hon. Member makes. It is important for our national security and in our national interest to be stepping up at this point, not stepping away.

The UK Government’s funding to the United Nations Population Fund, which provides contraceptives and reproductive health supplies globally, is being cut by a staggering 85%. Yes, Mr Speaker, you heard that correctly: 85%. The UNFPA has stated:

“These cuts will be devastating for women and girls and their families across the world.”

The money being withheld by this Government would have helped to prevent a quarter of a million child and maternal deaths, nearly 15 million unintended pregnancies and more than 4 million unsafe abortions.

A third example, which just shows how ridiculous the cuts are, is that tens of thousands of people are likely to die needlessly because nearly 300 million doses of medicine for the treatment of neglected diseases in Africa are at risk of expiring following the Foreign, Commonwealth and Development Office’s announcement that it is almost entirely withdrawing its allocated funding. So far, the UK Government have not confirmed that the expiring medicines will be distributed urgently rather than destroyed. What an utter folly—an absence of simple human decency. Hon. Members voting on the motion must tell their constituents that, because these are the simple facts.

Those are just three examples that cover women’s reproductive rights, disease prevention and urgent humanitarian assistance, but cuts are happening across the board. Programmes to eradicate poverty, to prevent conflict or even to combat climate change—in the year that we will host COP26 in Glasgow—are all suffering a similar fate. Each budget reduced, each project scaled back and each programme cancelled results in a loss of hard-fought progress, a loss of expertise and, fundamentally, a loss of trust. This so-called temporary measure will inflict long-term damage and long-term pain and suffering, which is why the cut must be urgently reversed. The Government are pretending that there is no other option than to cut from 0.7% to 0.5%, but we know that that is not the case. In fact, it is blatantly not the case.

It must have been a complete humiliation for the UK Government when they hosted the G7 summit in Cornwall last month, which should have been a moment of pride in demonstrating our shared collective values. This House may ask why. It is because every other G7 country has recognised the necessity of helping those in urgent need at this time of unprecedented volatility and increased aid spending.

I am grateful to the hon. Member for giving way, but would he acknowledge that those countries may have raised spending from a much lower level and that we shall still be the third highest in the G7?

I thank the hon. Member for his comments. This is not a question of pride that we are still giving very generously—that we will be the third most generous. We are the sixth wealthiest nation. We keep talking about global Britain, but we are actually a shrinking Britain with these cuts. We are actually losing our soft power. You are going against national security. You are going against our collective national interest right across this House, with every party that is here today.

Sadly, because of these brutal cuts by the UK Government, the massive increase in spending—to come back to the hon. Gentleman’s point— by Germany was effectively cancelled out. Within these islands, I should also add, the Scottish Government have increased their international aid budget by 50%. That puts this House, frankly, at shame with this motion.

It is simply a matter of political priorities, and this Chancellor and this Prime Minister have shown where their priorities lie. Let us not kid ourselves that this is being spent on health, welfare and education at home because it clearly is not. The Chancellor chose to take money away from preventing famine and malnutrition, conflict prevention, and protecting our planet and marginalised communities from the devastating effects of climate change. Instead—I am glad to see the Chancellor in his place—he chose to spend the money on enhanced cyberweapons, AI-enabled drones and, the biggest folly of all, increased stockpiles of nuclear weapons, weapons of mass destruction, after he delivered a windfall for the defence budget—in the very same month the cut from 0.7% to 0.5% was announced.

If that is not an act of national shame, let us look at the icing on the cake. The Prime Minister, who is no longer in his place—he should be embarrassed when I read this—believes that spending upwards of £200 million on a shiny brand new royal yacht, Britannia 2.0, is more important than using lifesaving aid to deliver a more just, peaceful and secure world. That is despite the fact of the royal family’s complete displeasure. Mr Speaker, how un-British could that be?

Thank you, Mr Speaker. I raised it only because it is on the record elsewhere.

Even every former living Prime Minister has opposed this cut and continues to do so. The simple fact is that aid spending has always been in the Prime Minister’s sights, ever since he described it as

“shovelling money out the door”.

He has now chosen to go against a decades-long cross-party consensus, breaking his own manifesto promise and that of all his Conservative colleagues as he is dragged far right by the UK Independence party and the Brexit party, and implementing their promises to cut aid instead.

This will likely herald a new decade of austerity. Let us call it austerity 2.0. We all know what the first decade was like. There is nothing temporary about this motion. This is not global Britain; this is a nasty, short, poor, brutish and, most of all, very little Britain. Across this House, we all stood on a manifesto commitment to protect the 0.7% spend on international development. That is, for those who are not very good at maths, 7p in every £10. When I describe that to children in primary schools I visit and to young people in my constituency, they are surprised at how little we spend as the sixth wealthiest nation in the world and they are right to be so.

Today, we have an opportunity to reaffirm our values, rather than be led into voting to balance the imaginary books on the backs of the world’s poorest. We must all keep to our word to deliver on our promises to our fellow global citizens who are the most marginalised and vulnerable people on earth. If covid has taught us anything, it is that we all share in the same struggles and challenges, but also the hopes and dreams of a better future, working together as one planet and one community. Now more than ever before we must step up to support our global community, not step away. There is no honour for those who have suffered as a result of this pandemic in stepping away. There is no meaning in the phrase “building back better” if we turn our backs. For those who decide to vote for this immoral motion today, there is no place for you to hide. When asked the question, “Why did you vote for this?” by your own children, friends and family and, equally importantly, constituents, it will be an indelible mark against your opportunity to do the right thing here today and you will have to live with it for the rest of your time in this House.

House of Commons Committee on Standards – Report on Boris Johnson