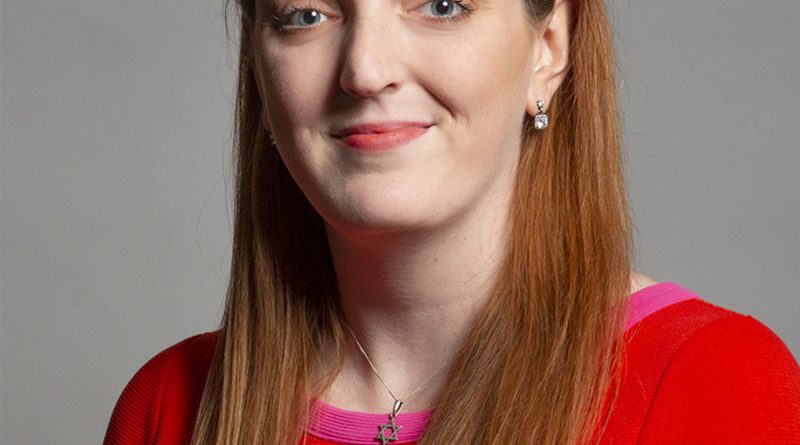 The speech made by Charlotte Nichols, the Labour MP for Warrington North, in the House of Commons on 14 June 2022.

That we are having this debate at all shows the widespread failure of this Government. They are bereft of ideas and sinking in the polls at a time when the public are being hammered by soaring costs and squeezed incomes. Any sensible, competent Government would be laser-focused on addressing that, fixing the economy and giving people the support and security that they deserve.

But this is not a competent Government, and they are incapable of even basic administration or delivery, as we have just heard in the debate on their crisis at the Passport Office, which still fills my inbox. Instead they repeatedly try to distract and hoodwink us with unnecessary fights and outrageous announcements, diverting us all with culture war headlines rather than doing their jobs.

This culture war is an act of cultural vandalism. Channel 4 is a great British success story. It is publicly owned but privately funded, and is a major employer in our news and entertainment sectors, essential for small independent production companies, and the biggest single investor in the British film industry. Its remit has developed programmes that give opportunities to alternative and marginalised groups and made both a commercial and cultural success of their perspectives.

Not least among those are the opportunities and representation that Channel 4 has consistently championed for LGBT people since its launch in the 1980s, when previous Conservative Governments condemned our identities. That in itself shows that Channel 4 has never been constrained by its public broadcaster status. It nurtures skills and talent and extends our reach and cultural influence around the world; it would take an extremely strong reason for anyone to want to threaten that success, especially since the Government have no mandate or support from the public to do so.

The Government have not come forward with any coherent case for their proposal. Channel 4 thrived financially last year, with record revenue and surplus. It is already a major investor in our creative industries and is able to take wholly independent commercial and editorial decisions without answering to either Government or shareholders. In comparison with the now flagging Netflix, All 4 is the UK’s biggest free streaming service, generating 1.25 billion views in 2021, and 80% of UK 16 to 34-year-olds are registered.

Channel 4 already spends more with production companies in the nations and regions than any other public service broadcaster. More than half of its commissioning budget is spent outside London, going directly to small independent production companies, and it has major offices in the north, including one in Manchester.

In a first for terrestrial TV, this year, rugby league has been available for the first time on Channel 4, something that is huge for the sport. Some 750,000 people tuned in to watch Leeds Rhinos versus Warrington Wolves, and throughout the season we have had increased audiences getting to watch rugby league, perhaps for the first time—something that is important not only for Channel 4, but for a sport that rarely gets the exposure and audience share it deserves, despite its importance to communities such as mine and across the north of England.

This is a dud of a proposal, which would rightly be rejected by commissioning editors as a clear flop. Beyond just the creative sector, the plans are opposed by 91% of the consulted public. The Incorporated Society of British Advertisers tells us that advertisers “overwhelmingly oppose the privatisation” and the Federation of Entertainment Unions and the Bectu trade union warn that, according to Ernst and Young,

Far from being strong reasons to privatise, they are clear warnings that the Government’s plans could be an unwelcome body blow to a flagship British industry.

Rather than this reckless vandalism, Labour offers support to our great British success stories. I am glad to hear that those on the Front Bench will be taking every measure to oppose this, here and in the Lords. We are proud of our creative industries; we should be boosting them, not flogging them off.