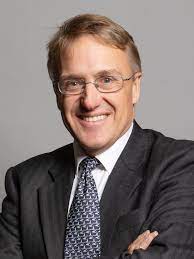 The speech made by Charles Walker, the Conservative MP for Broxbourne, in the House of Commons on 9 June 2022.

I thank my right hon. Friend the Member for Ludlow (Philip Dunne) for everything he has done. I say that as one of his parliamentary colleagues, but also as a passionate angler for the past 51 years of my 54-year life; and the other three were wasted. I am chairman of the all-party group on angling and I am chairman-elect of the Angling Trust, a position I will take over in September this year.

I agree with my right hon. Friend: I am sick and tired of water companies, and the slurry spreaders and egg farmers, pumping sewage into our rivers and watercourses. I am familiar with the Wye valley, and I share the sense of outrage of my right hon. Friend the Member for Hereford and South Herefordshire (Jesse Norman) at what has happened to that river and what continues to happen to that river. Ofwat needs to get with the programme. Yes, consumers want to have water priced at a level they can afford, but consumers now also want to protect the environment that they enjoy.

There was an article in Monday’s Times which said that 98% of the swimming locations in Austria—about 50 places—are of an excellent standard and meet the highest levels of quality. We would be lucky to find one place in England where it is safe to swim; in fact, there is only one place.

My hon. Friend is so familiar with Herefordshire and the angling there that he needs no encouragement from me, but may I remind him that part of the problem with the Wye is that it crosses the border so there is an impunity in that Wales can avoid having regulatory involvement and leave the muck to come down to Herefordshire? Does my hon. Friend agree that an all-river strategy with some commissioners, as there have been since the 18th century on the Tweed, might be a solution to the problem?

My right hon. Friend demonstrates huge knowledge because the Tweed does indeed have commissioners and that works. The Tweed has its own problems but they are not on the same scale as those of the Wye and our right hon. Friend the Secretary of State for Wales is currently talking to the Angling Trust and will be working with the Welsh Government to try to find a way forward.

You might not know this, Mr Deputy Speaker, but anglers are the canaries in the coalmine; they are the first to raise the alarm when there is a pollution incident. In 1948 the Anglers’ Cooperative Association was established, by a visionary called John Eastwood, to take legal action against polluters. In 2009 it became Fish Legal, and it has some fantastic lawyers who go after the polluters, and that is what we need, because I am fed up as an angler. I am going to say something that might be out of order, and you might demand that I retract it, Mr Deputy Speaker: if any high net-worth individuals want to make a contribution to cleaning up our rivers and streams, they should visit the Fish Legal website and see how they can make a donation to fund its legal work, because it does go after the polluters and it does win judgments, and those judgments go back to the angling clubs and watercourses that have been polluted.

Of course we should have a rivers restoration fund; that is what we need. It is outrageous that when a water company is fined £120 million an almost meaningless reduction is made to people’s bills—one that they would not notice—with the balance of the money invariably going back to the Treasury, as my right hon. Friend the Member for Hereford and South Herefordshire pointed out. We should use that money to clean up the rivers and watercourses that have been damaged by the pollution.

I have little more to add to this debate. I just want to say that the patience of colleagues here and of the constituents we represent has been stretched to breaking point. The Government have made progress but something needs to happen. We must go after the polluters, be they farmers or water companies; Ofwat has to get with the programme and we have to persuade them, by law through the courts through fines, to change their practices.